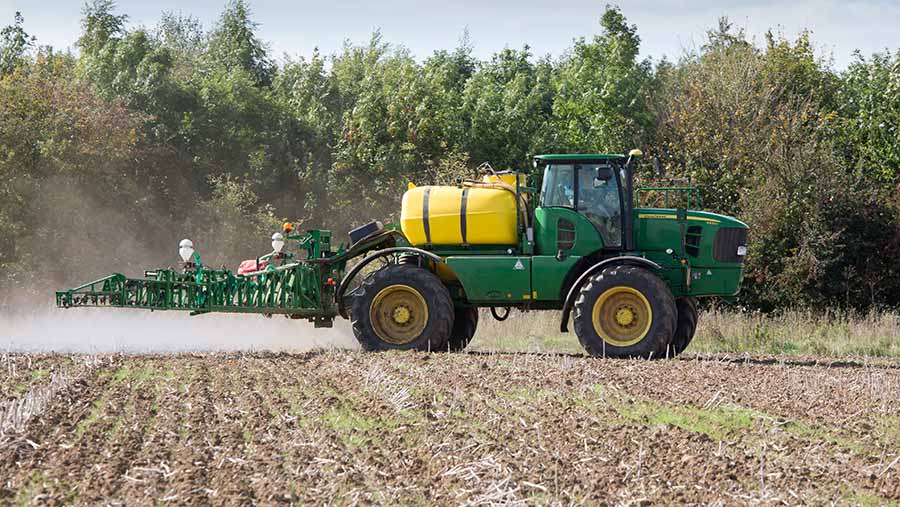 Testing has revealed 2016 to be a high-dormancy year for blackgrass seed, which means germination will be slow in stale seed-beds this autumn.

While this may potentially reduce the usefulness of stale seed-beds, Adas weed specialist Sarah Cook adds that the lack of moisture may be the key factor affecting germination this year.

In low-dormancy years, seeds germinate readily when moisture is available, which helps growers remove blackgrass before crops are drilled.

However, the collected samples had an average germination of only 22%, compared with last year’s 33%.

In the latest Adas Crop Action report, Dr Cook explains that the high dormancy is due to the cold period during maturity.

This period occurs from 11 to 30 June and the mean temperature during this period was cooler (-0.16C) than the long-term average.

However, Dr Cook points out that it can vary due to local conditions.

“Of the samples tested, some samples showed lower and higher levels of dormancy, indicating that local conditions were still important, but there were no obvious regional differences.”

She adds that dormancy applies only to freshly shed seed and the effect of dormancy may be minimal, depending on the amount of seed that is already in the seed-bed.

Testing was funded by Stephen Moss consulting, agronomist Ruth East and JK Senior & Sons, an independent agronomy and buying group based in Yorkshire.