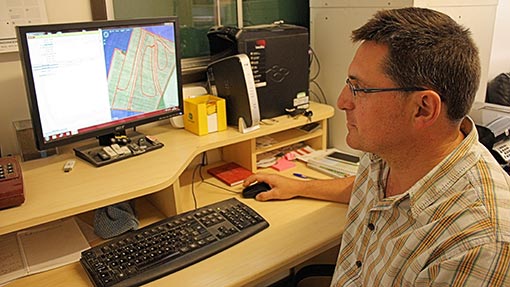 Most farming operations start out with phosphate and potash when getting into variable rate application (VRA) control for the first time.

But for CTC Arable, a new tractor and drill, and a compelling case for variable seed rates, meant spring sowing was first to exploit VRA technology – and all for the cost of a data cable.

“The new tractor came with GPS auto-steer and variable-rate capability on the touchscreen display, so it was simply a matter of connecting it to the drill’s control box,” says manager Tim Hayward. “With big variability in terrain and soil type here, it makes sense for us to use this technology.”

CTC Arable is a joint venture formed in 2011 to handle all stubble-to-stubble operations for three otherwise independent tenant farms, plus two contract farming agreements, across 1,260ha of rolling Wiltshire countryside north-east of Devizes.

Three-quarters of the 670ha of wheat grown is down to feed varieties capable of 10-11t/ha and the rest is put to Group 1 milling varieties, grown either on open contracts or for Openfield’s commitment to Warburtons.

Hugely improved yields of 9-10t/ha have earned winter feed barley a sizeable slot in the rotation at 176ha this year, with second wheats, 42ha of spring milling oats and 31ha of spring barley – grown for yield, but sold for malting if it makes the grade – also filling the second cereal slot. 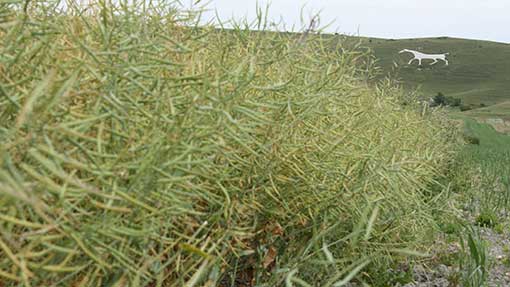 A 3.5m five-leg TWB subsoiler and 5m Kuhn Megant tine drill – which was an emergency purchase to get through the wet 2012 autumn – complete the line-up.

“Roughly half the land we farm has lighter Downland soils made up of shallow chalk and flinty clay caps, and the rest is predominantly silty clay soils with smaller areas of greensand in the lower-lying Pewsey Vale,” says Tim Hayward. “Historical factors also have a big influence on soil fertility, because one farm rears dairy heifers, another had pigs in the past and a third has used a lot of sewage sludge.”

It can be used to manage any variable-rate application and Courtyard says its GPS shape files, which are adjustable on the move, are compatible with all major machinery manufacturers.

Tim Hayward appreciates the bulk adjust facility that recalculates the sowing rate plans when the thousand grain weight of seed is known on delivery.

From analysing data stored on the IPF Toolbox, Courtyard has found that over the past three years, farmers using variable seed rates achieved a 13% yield improvement for wheat and 5% for oilseed rape over users drilling at universal.

Oilseed rape as well as cereal crops get the variable seed rate treatment.

Courtyard’s IPF Toolbox allows growers to create shape files for variable-rate applications rather than having them done remotely.

As a result, huge differences in P and K indices – from -1 to 4 – as well as soil type were revealed by a survey carried out by the Intelligent Precision Farming team at the Courtyard Partnership.

Before putting soil scientists into the field, draft soil zones were drawn based on Mr Hayward’s knowledge of fields. They were then confirmed on the ground, refined and adjusted, ready for soil sampling to test for pH, P, K and Mg.

This data – showing complex patterns in several fields – was uploaded to the IPF Toolbox online facility developed by Courtyard over the past five years.

“It struck me as a simple system and I like being able to use IPF Toolbox to create seed and fertiliser plans myself rather than  having them just sent in,” says Mr Hayward. “It makes the job more hands on and more meaningful than when it’s done remotely, because I can relate to the soil zones, especially when they’re overlaid on Google Earth maps.”

While there was clearly a case for variable-rate phosphate and potash application, the potential for variable seed rates meant it was for sowing that the VRA technology was first used, in spring 2012.

“Using flat rates in fields with deep soils in the valley bottom and thin, chalky soils up the sides always presented difficulties,” Mr Hayward recalls. “It was difficult to keep barley standing in the lower, more fertile areas and it was tricky harvesting on the light, puffy soils higher up without bulldozing the crop.

“Using the VRA software, we simply adjusted the optimum rate up 10% on the banks and down 10% in the valley bottom,” he adds. “We got more even-looking crops that were more consistent and easier to manage, and the combine just sailed through them.”

As many as five or six different seed rates may be used in one field, such is the complexity of some of the soil zone patterns, although Mr Hayward concedes that may be a step too far – he plans to simplify things a bit in future.

Nonetheless, it would be impractical to achieve this manually and although lack of historical yield mapping data makes it impossible to attribute any yield gains to VRA, he is convinced it is worthwhile.

Variable-rate P and K has been used for two years to even out those wayward indices and variable liquid N dressings have been added this year for the first time.

“In our situation, savings in P and K use alone pay for our subscription to the IPF system, so any benefits we get from zoned seed rates are good value,” says Mr Hayward. “Optimum establishment, even crops, perhaps less septoria in valley bottoms than others have suffered this year and easier harvesting; it all adds up, and all for the cost of spending a bit of time on the computer.”

Establishment practice has been 100% min-till for more than 10 years and with blackgrass being maintained at manageable levels – albeit with a significant problem in one field – that is set to continue.

For grain crops, the Väderstad programme kicks off on the heavier ground with a single TopDown pass using narrow points to disrupt any compaction, followed by the Rexius Twin cultivator press as soon as the soil has dried sufficiently. Sowing with the Rapid SystemDisc (pictured below) is followed by rolling.

“The tined press cultivates and reconsolidates the seed-bed, and also gives slugs a good bashing,” says Tim Hayward. “We use minimal quantities of slug pellets – and I’d far rather have an extra cultivation pass than have to use liberal amounts of metaldehyde.”

The lighter land is simply rolled after the TopDown – albeit with the Crossboard paddle tines engaged to level things off nicely – and then drilled and rolled. Spring crops go straight in after the cultivator.

Oilseed rape after second wheats is sown using the TopDown’s Biodrill, then rolled. But the earlier barley harvest allows time for a cultivator pass to encourage volunteers and blackgrass to germinate and for the resulting flush to be sprayed off before the next crop’s seed goes in at variable rates as required using the Rapid. 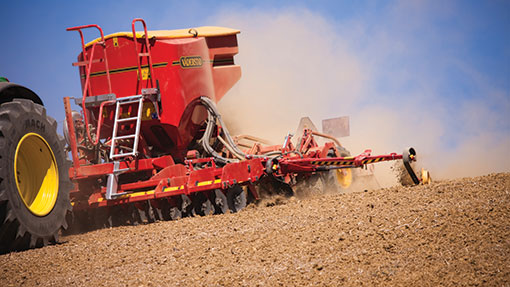