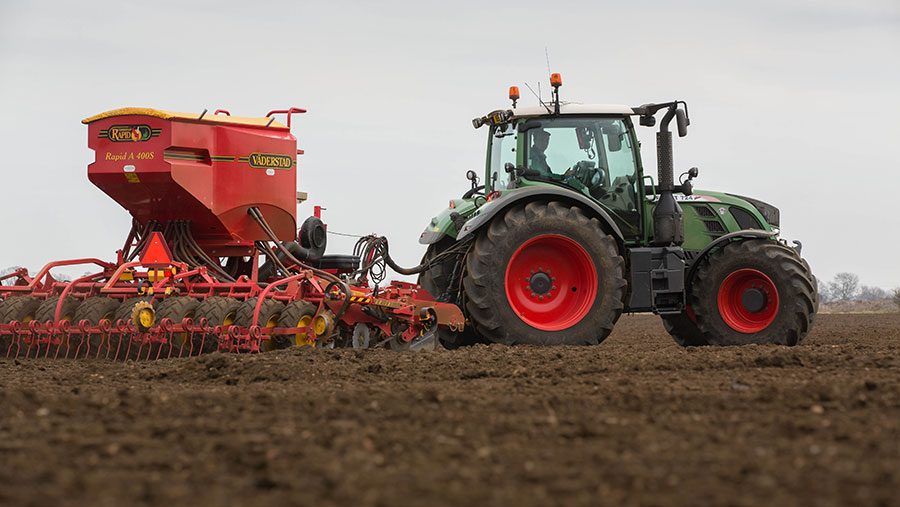 Unveiled by the AHDB, the biggest changes seen on the 2020-21 Recommended List are for oilseed rape, including the return of a semi-dwarf option and a host of specialist varieties.

For wheat, there are four new additions to the Group 4 feed category. Saki, the only soft wheat newcomer, offers a yield of 104%, along with strong disease resistance, scoring 6.8 for septoria and a top 9 rating for yellow rust.

The remaining three are hard Group 4s, with Insitor boasting 5% higher yields than the control varieties, followed by Kinetic at 104%.

Recommended for the west region, Theodore has the highest septoria rating of 8.2 – higher than last year’s newcomer, Extase.

Oilseed rape sees 13 new additions, five of which are recommended for specialist purposes.

For the UK, Acacia, Ambassador, Aurelia, Artemis and Aardvark have improved gross output yields over the previous highest-yielding variety, Aspire, in one or more regions. Acacia has an impressive 110% yield in the east/west region.

For the east/west region, there are two additions, and north has one newcomer.

Several new specialist varieties are recommended for the east/west region. For growers with a clubroot problem, they now have a choice of three with the addition of Crocodile and Croozer.

A yield of 105% for Crocodile brings yields much closer to the list toppers.

The spring barley list, which only saw one addition last year, gets six newcomers, four of which are potential malting varieties.

Splendor, on test for brewing, offers a yield improvement over current varieties at 107%. It joins the list along with Iconic, Firefoxx and Tungsten.

The two new spring barley feed varieties, Fairway and Prospect, offer increased yield over current varieties, particularly in the east and north regions. They are the only feed varieties on the list.

The remaining three new varieties include two oats and a spring wheat.

Read our more detailed analysis of the newcomers, including experts’ top picks.