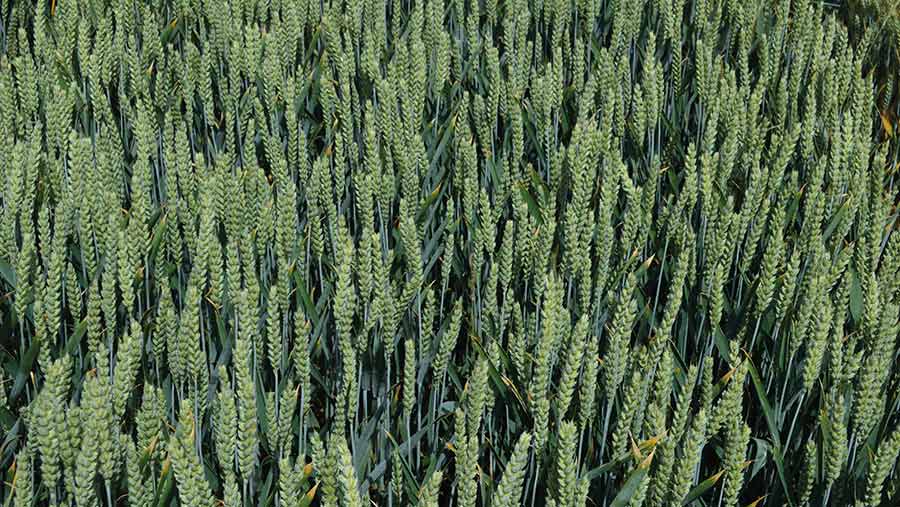 Insecticide-free winter wheat varieties are set to be available for growers to drill in autumn 2023, as one plant breeder has developed the first wheat varieties with resistance to the crop’s two main insect problems which often require spray treatment.

Seed group RAGT has two new hard-milling feed winter wheat varieties which are resistant to barley yellow dwarf virus (BYDV) and also to orange wheat blossom midge, and it is fast-tracking their multiplication to allow growers to drill them next year and harvest them in 2024.

Managing director Lee Bennett says these two varieties, RW 42046 and RW 42047, are the first wheats to have this double resistance, and any future varieties from the company will have these traits.

”This means that for the two main insect problems of wheat there will be no need to spray insecticides, and this will have benefits from an economic and environmental point of view,” he said at a recent company briefing.

The breeder made the breakthrough with the first BYDV resistant wheat variety Wolverine, which was added to the AHDB Recommended List in December 2020, while midge resistant wheats such as the group’s Skyfall have been available for a number of years.

Now it has bred the first varieties with both BYDV and midge resistance, and they show an improvement in yield and disease resistance compared with Wolverine.

Mr Bennett says there should be enough seed for the two varieties together to take 2% of the wheat seed market in autumn 2023, before they come up for possible inclusion in the new Recommended List in December 2023.

The new varieties have yields similar to current popular hard feed wheats on the market, and have disease resistance scores between 5 and 6 for both septoria and yellow rust, in a 1-9 scale where 9 represents good resistance and 1 is very susceptible.

The development comes after the banning in autumn 2019 of neonicotinoid insecticidal seed treatments in wheat to control the aphid-spread BYDV, amid rising levels of resistance in pests and greater scrutiny of all pesticides. 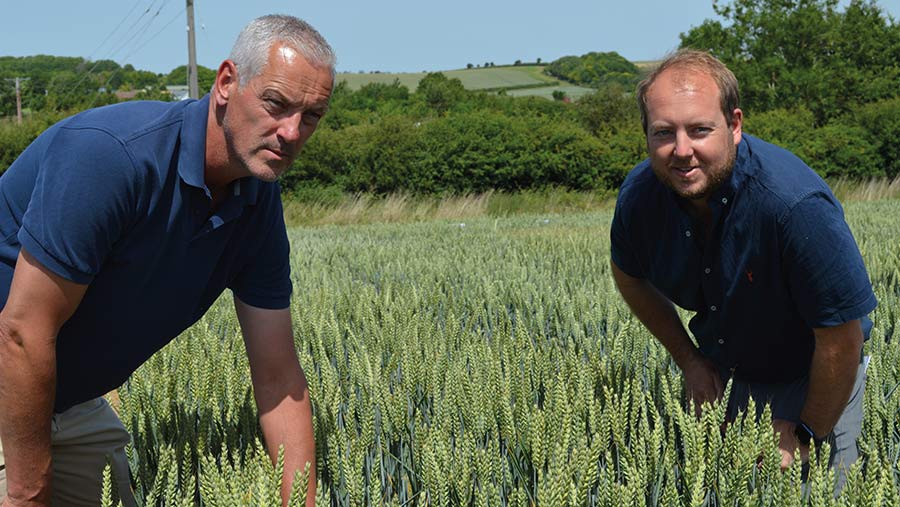 Further along the pipeline are three potential milling wheats with this double resistance, which will likely be of even greater significance as these are for direct human consumption, while they have the group’s two existing Group 1 milling wheats in their parentage.

These three will not come up for possible Recommended List inclusion until December 2025.

All wheats containing the BYDV resistance gene Bdv2 will be sold under the group’s new Genserus (generic security virus) brand.

There are only four Group 1 milling winter wheat varieties on the Recommended List – Skyfall and Illustrious as well as Zyatt and Crusoe – and there is little sign of any new top quality milling wheat varieties coming through in the next two to three years.

With Skyfall and Zyatt showing susceptibility to yellow rust and Crusoe to brown rust, there is a need for new varieties with good yields and grain quality together with strong disease resistance scores.

The group is also looking at catch crops grown before autumn-sown wheat to reduce the bagged nitrogen requirement for the wheat and improve soil structure.

A number of different catch crops, either straight species or mixtures, were drilled on 14 September followed by wheat drilling on October 13, says Tom Dummett, the group’s cereal and oilseed rape product manager.

The catch crops were left standing through the autumn and removed with a selective herbicide in the following March. The first observation was that establishment was better after all catch crops and that phacelia was key.

Phacelia, with its fibrous roots, was thought to help give the subsequent wheat crop good access to moisture and is now a “must” in any catch crop work going forward.

The group is also looking at inter-row cropping wheat with a range of clovers to see if the legume crop can reduce the need for nitrogen fertiliser.

The wheat was drilled in November and the clover in the following March. The work is focused around “micro-clover” which is 10% leaf and 90% root so of little use as a forage crop, but its roots could be very useful in inter-row cropping.