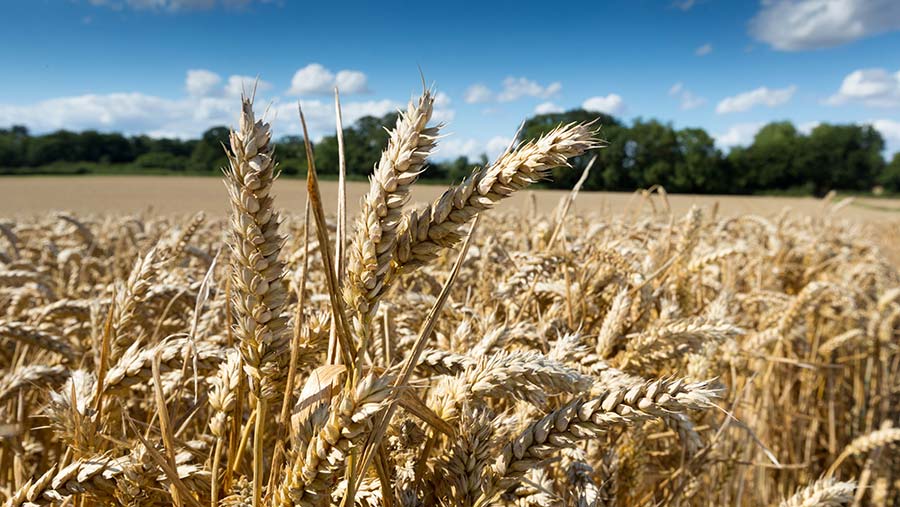 Father-and-son team Stephen and James Perry won the top prize to be the leading milling wheat farmers at harvest 2019, with a strategy based on the timely applications of inputs and helped by favourable weather

The Essex farmers scooped the top award in the milling quality challenge with a crop of Zyatt winter wheat yielding 12.6t/ha and a grain protein content just shy of 14%.

Stephen says they have spent the past 20 years specialising in breadmaking wheats, as their relatively small farming and contracting operation gives them the flexibility to be focused on timely crop inputs.

The wheat crop had a four-way split of nitrogen fertiliser with the aim of applying their favoured urea fertiliser in cool weather and hopefully just before light rain to wash it into the soil, James says.

“We have the time and machinery to make growing milling wheat work and it is more interesting than growing feed wheat,” he tells Farmers Weekly.

The harvested crop with a protein of 13.8%, hagberg of 280 and specific weight of 82kg/hl was good enough to win the Yield Enhancement Network (YEN) wheat quality award run by crop consultant Adas.

The award is sponsored by the National Association of British and Irish Millers (Nabim) and prizes were presented at the AHDB milling wheat conference on Thursday, with the second prize going to Bedfordia Farms and third to a Kent farm managed by Sentry. 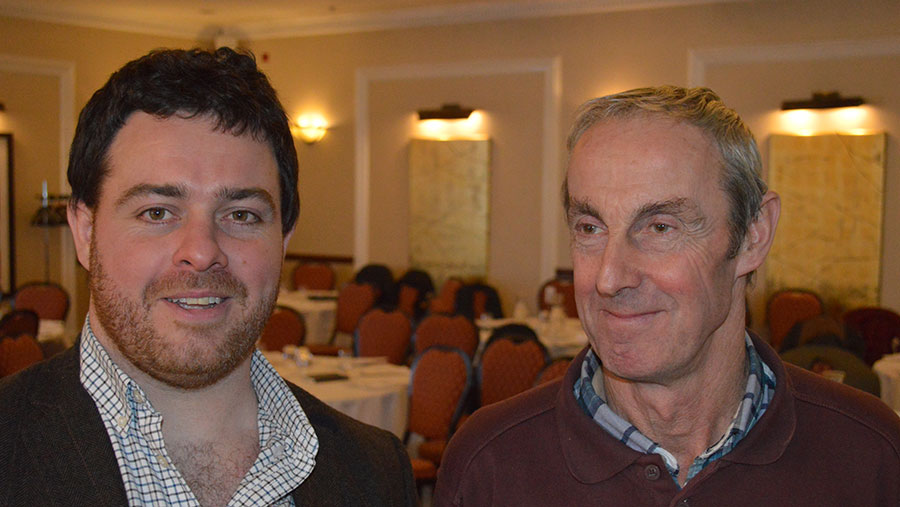 James Perry and his father Stephen

Their winning crop of the variety Zyatt followed oilseed rape, with the land min-tilled and then drilled on 10 October. The fellow milling wheat variety Skyfall is preferred as a second wheat on the farm.

“We gained from a mild and dry autumn which forced the roots down in search of moisture, and then we had rain in May and June to help the yield,” says James.

A four-way nitrogen split totalled 294kg/ha, with the first dose of 54kg/ha of solid urea applied with 60kg/ha of sulphur.

Two main doses of 100kg/ha of solid urea were then applied followed by 40kg/ha of liquid urea on the wheat ear.

James says timeliness is key on the farm and they aim to feed the crop when it needs nutrition. Tissue testing is now used to adjust for any minor nutrient deficiencies, while a four-spray fungicide programme is used to protect the crop from disease.

Sarah Clarke, crop physiologist at Adas, says there were 43 entries to the wheat YEN from Group 1 milling varieties, but the list was trimmed back to those that reached traditional milling wheat standard of 13% protein, 250 hagberg and 76kg/hl specific weight.

The remaining entries were assessed in terms of grain yield, protein yield and the quality of flour and baked bread.