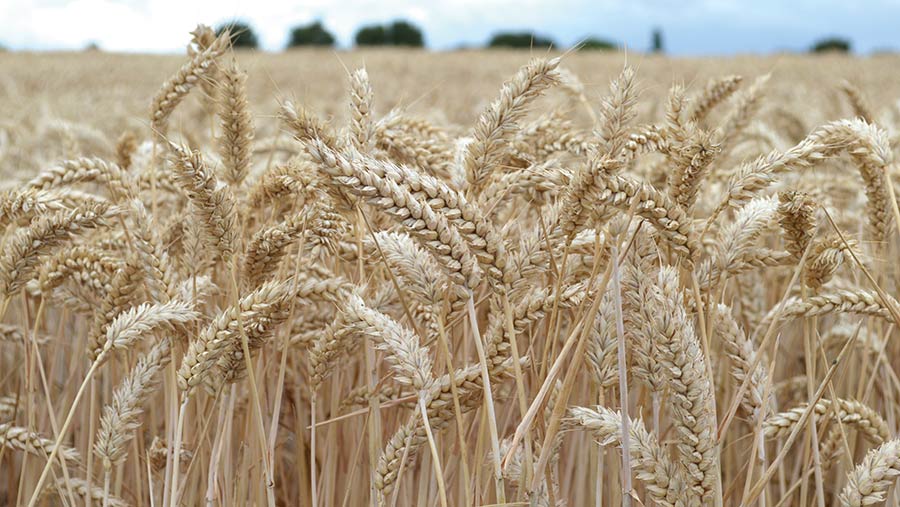 The agronomy group Agrii has rated 39 varieties, judging them against 11 characteristics. Skyfall was chosen as the most sustainable of the Group 1 milling wheats, with Typhoon the leading Group 4 hard milling feed wheat.

The company’s variety sustainability rating (VSR) looked at a mix of traits, such as disease resistance, standing power and yield consistency, and highlighted some well-known names from the AHDB Recommended List (RL), as well as unfamiliar ones such as Tapestry, which came top in the Group 4 soft feed wheat category

John Miles, Agrii seed technical manager, says RL and Agrii data was used to give a weighted score of up to 47 for the wheat varieties, with the current range between 17 and 33.

A high rating was given to a varieties with a score of 25 or higher.

“We are looking to highlight farmer-friendly varieties that are good all-rounders, reliable and resilient, with a mix of good traits,” he says, adding that scores should be used in conjunction with the RL.

This is the third year the group has conducted this exercise, and Mr Miles says many characteristics have improved, such as disease resistance and yield consistence, but a couple have worryingly declined – namely standing power and specific weight.

See also: Analysis: Which wheat varieties to consider for harvest 2023

In future, a twelfth characteristic, resistance to barley yellow dwarf virus, will be added

Two wheat varieties are categorised in the 25+ high-sustainability category, with Skyfall coming top, followed by Zyatt. There are only four Group 1 varieties on the current RL – the other two are Crusoe and Illustrious.

“Skyfall scores well across a number of key categories and we know it is a good all-rounder, but growers need to watch yellow rust,” says Mr Miles.

On the RL, Skyfall has a low yellow rust resistance score of 3 on a 1-9 scale where 1 is very susceptible and 9 shows good resistance. Zyatt scores a 4 for yellow rust and Crusoe a 3 for brown rust. 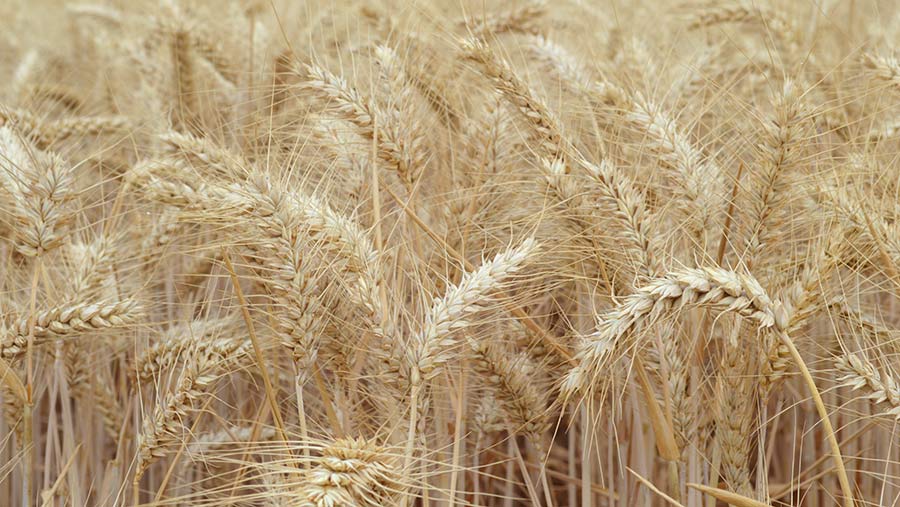 All four Group 2 RL varieties have high ratings, with Palladium the top variety, closely followed by Extase. Mayflower and Siskin make up the final two.

Extase, with French genetics, scores well for grain quality in terms of specific weight and has the highest untreated fungicide yield on the RL.

Astronomer is top of the biscuit-makers by “some margin”, qualifying for the the high-sustainability category. These also include varieties such as Illuminate and Elicit.

There are 10 Group 3 wheats on the current RL. 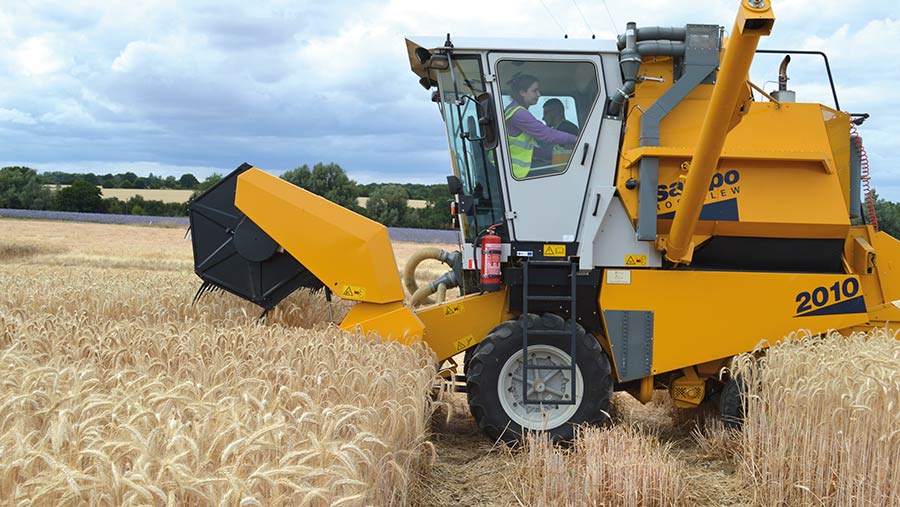 Tapestry comes out top of five varieties that are rated as having high sustainability.

The variety has similar parentage to Typhoon, but narrowly missed inclusion in December 2020 for the 2021-22 RL. The five high-scoring varieties also include Elation and Swallow.

Mr Miles describes Tapestry as a non-Cougar, farmer-friendly wheat that yields well, has good disease resistance, stands well, has midge resistance and is good as a second wheat.

Typhoon leads the eight varieties rated high, narrowly ahead of Dawsum. The eight also include Cranium, and two non-RL wheats, Fitzroy and Silversurfer. The RL has 12 hard feed wheats.

“Typhoon yields to a good level, has good disease resistance and incorporates different genetics that give a safety element to this variety,” says Mr Miles.

The variety’s breeder, Limagrain, says there will be limited seed available this autumn, but enough to supply up to 3% of the seed market.

In the third year of the sustainability index, a number of characteristics are showing across-the-board improvements, with 62% of the 39 varieties this year ranked high in comparison with only 21% of the 33 varieties in 2020.

This has come from improvements in yellow rust, brown rust and septoria resistance, yield consistency and yield resilience under disease pressure, but two characteristics have shown a decline – lodging resistance and specific weight.

Mr Miles says a series of dry springs and a trend towards taller, faster-developing wheats may have led to varieties that are not quite as stiff-strawed as in the past.

“We are seeing a number of varieties coming through with slightly lower lodging scores, so we are making growers aware of their potential pitfalls,” he says.

Many older varieties, such as Skyfall, Zyatt, Crusoe, Barrel, Cranium and Costello, have a high lodging score of 8 without plant growth regulators.

Some varieties new to the current RL, such as Mayflower, Bairstow and Champion, score only 6, and Stokes is rated 5.

Another worrying trend is specific weight, with only 30% of the 39 varieties scoring more than 77kg/hl, whereas 49% reached this level in 2020.

Mr Miles says that as breeders continually look to push up yield, they can sometimes sacrifice grain quality.

Older variety Costello is well known for scoring the highest specific weight on the RL at 80.6kg/hl, and new variety Dawsum is second best at 79.4kg/hl.

However, other new varieties added to the RL at the same time as Dawsum have lower specific weights, such as Champion at 74.8kg/hl, Bairstow at 75.9kg/hl and Stokes at 75.3kg/hl.