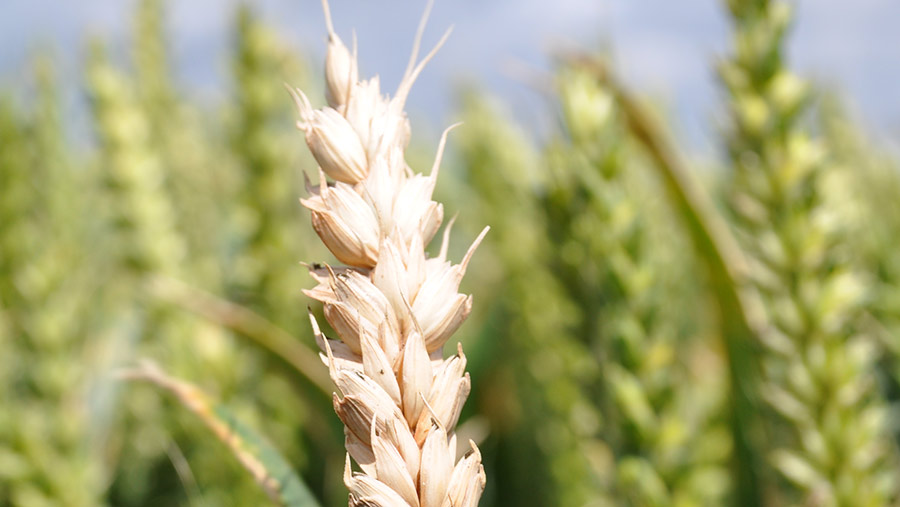 Showery and humid weather over the next few days could encourage wheat ear diseases and pests, with growers being urged to monitor their crops and spray if necessary.

Winter wheat crops across southern England are well into flowering, which is the susceptible time for fusarium to strike, while more northerly crops could still be at risk from midge attacks.

Experts say the weather at flowering determines the severity of fusarium diseases, while similar weather encourages the hatch of orange wheat blossom midges as the wheat ear emerges.

See also: Why fusarium risk is rising in wheat and how to manage it

Fusarium infection needs high humidity for only 24-48 hours to occur and this can happen with a heavy shower over a couple days, so Jonathan Blake, disease expert at crop consultant Adas, says growers should be monitoring their crops daily.

Many wheat growers use a T3 ear spray to control fusarium, especially on milling varieties, and also give some top-up control against brown and yellow rusts and septoria.

Ear sprays are advised to be applied at start of flower to mid-flower (GS61-65), with Phil Jennings at crop specalist Fera suggesting if the forecast is wet then growers should apply a fungicide as soon as the flowers show.

The critical time for midge damage occurs earlier at ear emergence, so northern crops could be at risk after recent rain and soil temperatures above 13C. Advice from Adas is to check susceptible winter wheat varieties at the susceptible stage of ear emergence (GS 51-59) for adult female midges in the evening. 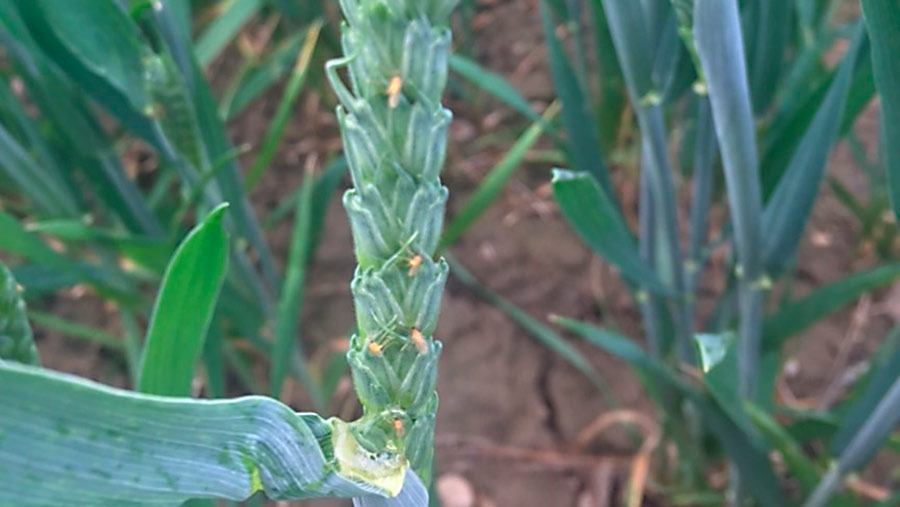 Agronomists point out that this is the first year that big numbers of midges have been seen since the most effective insecticide for controlling them, Dursban (chlorpyrifos), was banned in 2016.

He says wheat growers need to be monitoring their crops until they start to come into flower, after which the risk of midge damage is diminished.

There are some midge-resistant wheat varieties available on the AHDB Recommended List, including Skyfall, Barrel, Kerrin and Santiago.

Control of fusarium diseases is achieved with azole fungicides, with prothioconazole giving the best control while tebuconazole and metconazole offer some level of activity while giving good control of rapidly-spreading brown rust.

Mr Blake said tebuconazole and metconazole can be useful if brown rust is a threat, while the multisite fungicide mancozeb can be useful to boost septoria control.

For midge control, Dr Ellis suggests pyrethroids such as lambda-cyhalothrin and beta-cyfluthrin, and says timing is crucial as treatment only kills the adults present at the time of spraying.

The neonicotinoid insecticide thiacloprid (Biscaya) can control adults and has some activity against eggs and larvae, he adds.