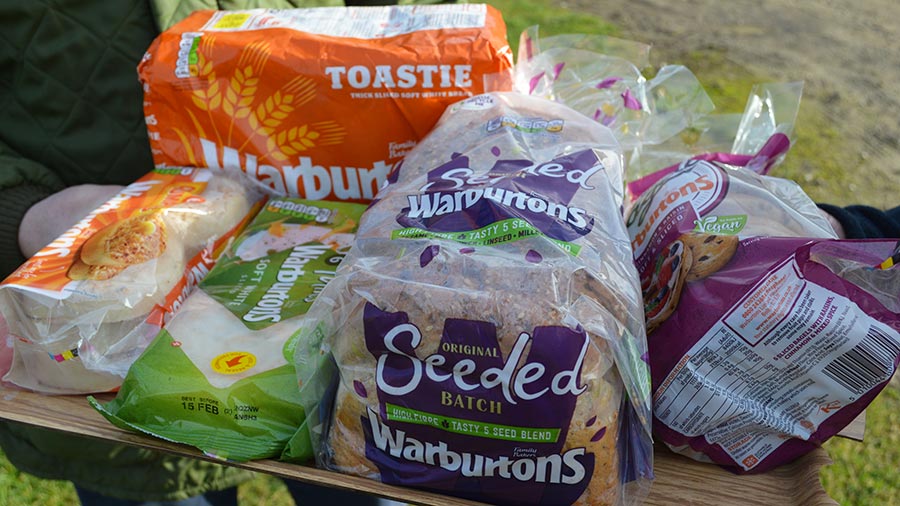 In his foray into quality breadmaking wheat this season, Mr Murray Wells is hoping to limit his nitrogen fertiliser use by growing wheat after vining peas, and also gain a price premium which can be as high as £40/t over feed wheat.

He is growing 125ha of milling varieties this season, and the Bolton-based breadmaker’s requirement for a slightly lower protein content than the industry standard may help him save on expensive nitrogen fertiliser.

“If we can produce food in this country with a low carbon footprint then we are happy to do that, and also build up a relationship with a respected brand,” he tells Farmers Weekly.

He has drilled both Crusoe and Skyfall winter wheat varieties to fulfil an annual contract for just over 1,000t of milling quality wheat. Half is on his own land and the rest on land he farms on the nearby Castle Howard estate.

His aim is to produce a product which will help with food security in this country, cut down on food miles – as it will be milled in Yorkshire – and give him pride in producing a crop that ends up as an essential product on the supermarket shelves.

“We hope it will be slightly more profitable than growing feed wheat, but it’s not all about the money,” Mr Murray Wells adds.

He farms 2,000ha of arable land from his base at Ness Hall, East Ness, some 15 miles north of York, of which nearly 900ha is usually in feed winter wheat, on land which stretches from heavy clays by the River Rye to light blowing sands on the Castle Howard land. 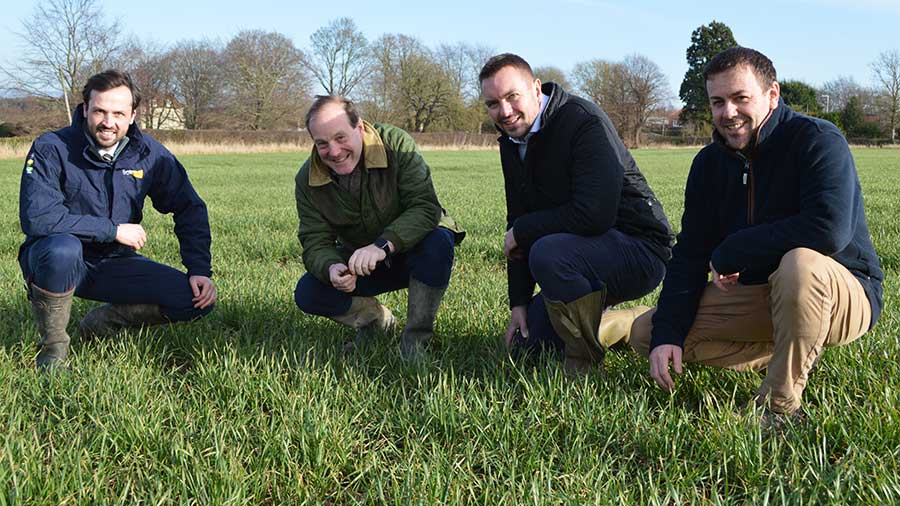 His farm manager, Max Ward, says pea haulm was ploughed in after harvest, the land cultivated and then drilled with wheat on or around 20 September.

The plough was used last autumn due to wet weather, although minimum tillage is also practised on the farm. Wheat drilling is usually between 10 September and 10 October.

A field of Crusoe near the farm buildings was racing away as it picked up nutrients from the decaying pea haulm in February, and Mr Ward will look to tailor nitrogen use to produce wheat at Warburtons’s desired protein content of 12.5%.

Crusoe is seeing a renaissance due to the lack of new milling varieties coming through, and its Achilles heel of poor resistance to brown rust is not seen as a problem on the farm as Mr Ward has never seen the disease in North Yorkshire.

Skyfall is still popular despite its increasing susceptibility to yellow rust.

He points out that feed wheats on the farm usually receives 220kg/ha of nitrogen in a four-way split resulting in average yields of 9.7t/ha over the medium term, and he believes that the milling wheat may need an extra 20kg/ha to bring it up to 240kg/ha.

Late applications of liquid nitrogen on the ears are not allowed by Warburtons, as they are not deemed to produce the right type of protein in the grain.

He will monitor crop nitrogen in the spring, with the hope that the pea haulm and a mild winter – which may have caused more mineralisation of nitrogen in the soil – will allow him to limit nitrogen use and still reach the desired 12.5% protein target. 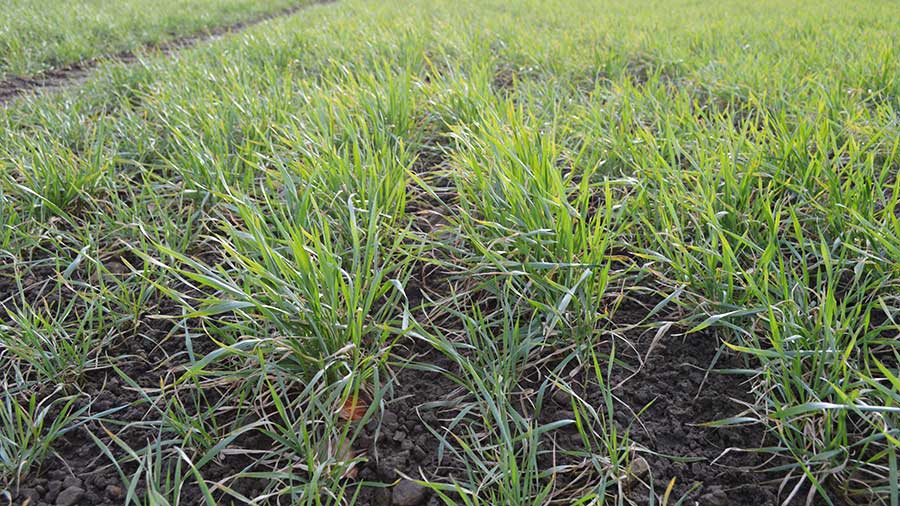 “Sustainability is a huge piece of this story and as Warburtons looks for grain of 12.5%, farms could manage their nitrogen better and reduced their fertiliser costs,” he says.

Although many, like Mr Murray Wells, bought ammonium nitrate fertiliser ahead of the recent sharp price rise to about £650/t from below £300/t last June, this more than doubling of prices will cause concern for growers for next season’s crop if prices stay high.

The UK wheat comes from 230 growers with many down the east side of the country from North Yorkshire to Kent, although there are some further west such as in Staffordshire.

Mr Hill says the group is interested in finding new growers, but only those willing to commit to growing milling wheat on a long-term basis rather than dipping in and out of the market.

Under the contract, certified seed must be used, so there is no scope for farm-saved seed.

Warburtons’ three-year growing contract stipulates that only three winter wheat varieties can be used – Crusoe, Skyfall and Illustrious – and at the moment the breadmaker’s intake is in a 50:40:10 split between the three.

David Mathias, cereals director at the breadmaker, says Crusoe is its preferred variety because of the quality of its protein, but Skyfall has been a favoured variety among growers, while Illustrious has had a limited take-up.

This is because the miller blends UK wheat with Canadian, which has 14-14.5% protein and high Hagbergs, meaning 90% of its UK wheat can be in the range of 12.5-13% protein. It will accept wheat down to 12% protein with some price deductions.

It pays a minimum premium for this wheat of £20/t over feed wheat, which can rise to a maximum of £40/t, with the current market premium close to £40/t due to a general global shortage of good milling wheat. The quality of the UK 2021 wheat harvest was considered only reasonable, while there is a shortage of high-quality German and Canadian wheats.

Whitworths is the UK’s largest miller, with well over a third of the market for milling wheat, and Mr Murray Wells’ wheat is set to be milled at the group’s new mill at Whitley Bridge, near Goole.

The breadmaking group is a fifth-generation family owned company founded in 1876, which looks to build a long-term, sustainable business.

It contracts 150,000t of wheat annually from British farmers, which is the largest intake of home-grown milling wheat by any branded food company in the UK.