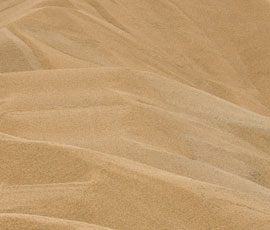 Wheat yields are 25% below last year at Peter Padgett and Leslie Murfitt’s neighbouring farms in Littleport, Cambridgeshire, but at least harvest is complete.

“We decided to work alongside each other this year and we got on very well,” said Mr Padgett. “Yields weren’t good but they weren’t too bad.”

Of the 22ha of wheat and barley cut on Mr Padgett’s farm, Einstein winter wheat had come off at around 6.88t/ha, while barley had averaged around 5t/ha.

“We also had some Panorama in, but I think we’ll go all Einstein next year,” he said.

Across on Mr Murfitt’s farm, the pair had cut 80ha overall, most of which had yielded below average.

“We did have a terrible hailstorm, which really hit the rapeseed and knocked the yield down,” said Mr Murfitt.

With Claire, Sterling and Panorama winter wheat in the shed, Mr Murfitt reckoned that yields were down 25% on the year owing to poor bushel weights.

“It’s been an uneventful harvest,” he said. “But specific weights have been down and are certainly been below average.

“I think the older varieties have probably done better than the newer ones.”

Cultivations were now storming ahead despite some compaction and germination worries.

“I’m cultivating as we speak but the land is hard and stubbles is compacted in some areas. It’s amazing how dry it is now.

“The only thing I fear is germination. Seed is expensive and I’m worried about the quality of it.”