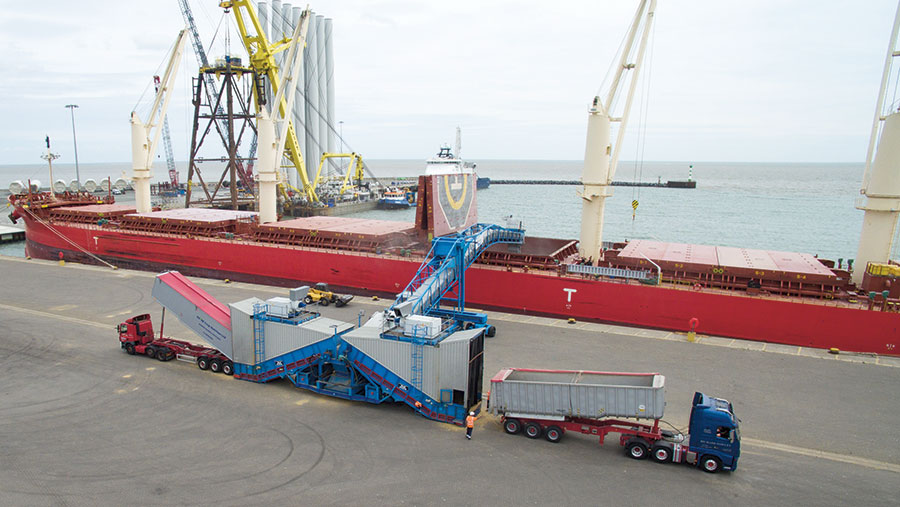 It will take more than 900 truckloads of feed barley to fill the holds of the Federal Cedar, which began loading for Gleadell Agriculture at Great Yarmouth on Wednesday (2 August).

This is the first large vessel of the firm’s export campaign. It will head for Spain on 8 August, carrying 26,250t of new crop barley and helping to meet good demand from the Continent.

The cargo drew on grain from Norfolk, Suffok and beyond, said Gleadell trading director Jonathan Lane, and accounts for well more than 10% of the tonnage expected to leave UK shores during harvest.

Overall, winter barleys in France had achieved average yields and quality, but a more positive picture for the spring crop and a good forecast for UK and Scandinavian crops had seen values retrace, he added.