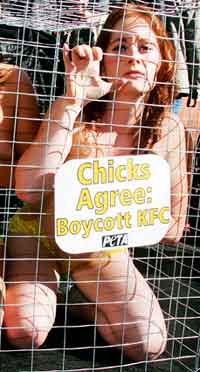 “The meat industry produces more greenhouse gas emissions than all the cars, trucks, planes, and ships in the world combined – providing further evidence that meat’s not green,” says the pressure group People for the Ethical Treatment of Animals (PETA).

Switching to a vegetarian diet is the most effective way to reduce greenhouse gas emissions, claims the PETA website. The very idea might raise the hackles of livestock producers, but it is steadily gaining credence among the wider public.

Backed by former Beatle Paul McCartney, a Meat Free Monday campaign is encouraging more people to give up meat one day a week. Being vegetarian is no longer just about dodging dead animals, it’s about saving the planet.

But anti-meat initiatives received short shrift this week from shadow DEFRA secretary Nick Herbert. Eating less meat will have no effect on the environment, he told a Tory fringe meeting during the party’s Manchester conference. 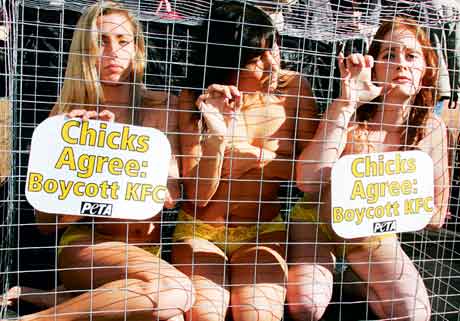 Campaigners claim livestock are the biggest contributor to global warming.

“There’s a militant vegetarian response to food security, which says the world can’t feed itself, so we must stop eating animals,” says Mr Herbert. “Wild horses wouldn’t stop me from eating meat and we shouldn’t be telling people they can’t eat it either.”

Even so, farming industry experts warn more must be done to combat claims that livestock are the biggest contributors to global warming – while encouraging farmers to reduce emissions from animal production. Science, not scaremongering, is the answer.

Grassland farmers make a considerable contribution to food security while continuing to reduce their environmental impact, according to a report published last month by the Royal Agricultural Society of England.

The study was prepared by independent livestock scientist David Garwes, who says the farming industry must respond robustly to claims consumers should abandon meat because of climate change.

“Semi-permanent rough grazing and improved grasslands play a vital role in locking up carbon dioxide and regulating the flow of rain into watercourses,” he says. “Without livestock farming, those natural resources would be abandoned.”

Livestock farming will continue to reduce its environmental footprint, forecasts Dr Garwes, with emissions from each tonne of product falling by about 1% a year as genetic selection is applied in the pig, poultry and dairy sectors.

RASE agri-science director Ian Smith describes the study as sensible defence of livestock production, but adds: “There is great scope for further reductions. More applied research is needed to continue the increases in efficiency.”

Ian Crute, chief scientist at the Agricultural and Horticultural Development Board, says climate change mitigation is one of the key issues facing British farmers.

“We need hard evidence to distinguish fact from fiction and we need to know how to adopt actions that will result in the greatest gains in terms of lower emissions for the least impact on production and economic returns.”

Evidence could be on its way. This autumn, a roadmap document will urge beef and lamb producers to reduce emissions by adopting improvements to livestock nutrition, explains Duncan Pullar, EBLEX head of R&D.

“Even simple measures, such as better sward management, can help to reduce emissions by improving digestibility,” he says.

“Collectively, we don’t put enough effort into diet construction and management, yet it can help improve profitability too.”