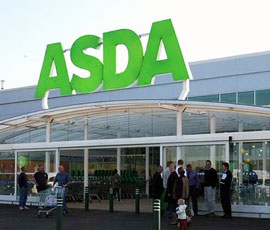 Asda is to source its Welsh lamb through Dunbia after confirming that its contract with Vion’s Welsh Country Foods plant at Gaerwen, Angelsey, is to end.

This follows a strategic review by Asda and a challenge by Welsh Country Foods to terminate the contract. Asda accounted for 50% of the site’ business, which has a throughput at the Gaerwen plant of about 640,000 lambs a year.

“We remain in contact with Vion UK at the highest level, impressing on the company the importance of maintaining Welsh Country Foods alongside its other plants operating in Wales and throughout the UK until a new owner can be found,” said Ed Bailey, NFU Cymru president.

“We hope the company will be successful in attracting another major retailer to supply and that they can further develop existing domestic and export contracts they have with other companies.

“We note that Asda has now confirmed they will continue to offer Welsh lamb through their supermarkets and that this will be sourced through Dunbia, that has facilities in Llanybydder, Carmarthenshire, we are seeking an urgent meeting with the company to discuss their future sourcing strategy.”

Welsh Country Foods employs about 350 people at the site and a 90-day consultation is under way.