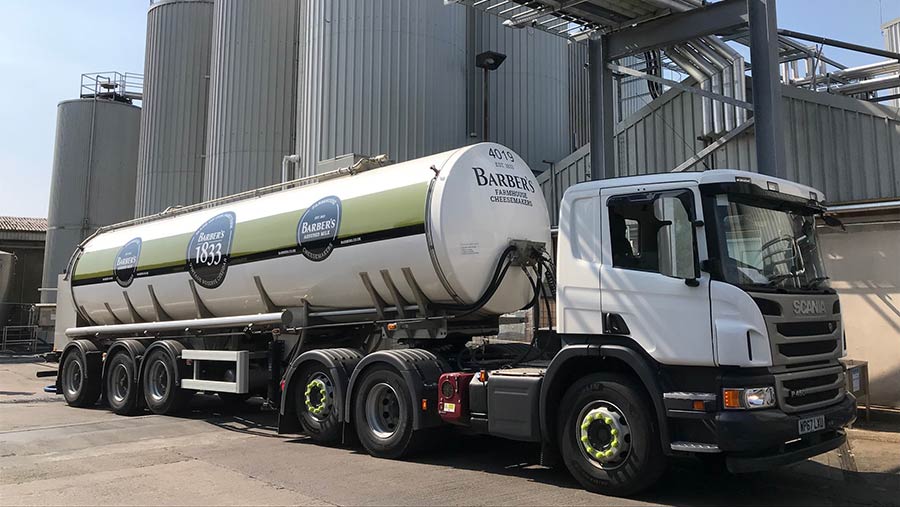 Farmers supplying the processor will receive 46.85p/litre based on milkprices.com’s manufacturing league table specification of 4.2% butterfat and 3.4% protein.

This is the eighth milk price increase announced by the Somerset-based cheesemaker in the past nine months.

Milk prices will have risen by 9p/litre (24.65%) during the three months of May, June and July, according to the firm.

During May, suppliers which provided additional volumes above their base were paid 53.1p/litre for the excess supply, with prices based on 2p/litre below AHDB’s actual milk price equivalent.

UK cheese markets are reportedly well supported at present, with strengthening cheddar values and increased volumes of export trade due to limited supplies within the EU.

“Barber’s, as farmers themselves, fully recognise exactly the same pressures as all of our farmer suppliers through the high input costs of feed, fertiliser, energy, labour, and frankly, any input that crosses the farm gate,” he said.