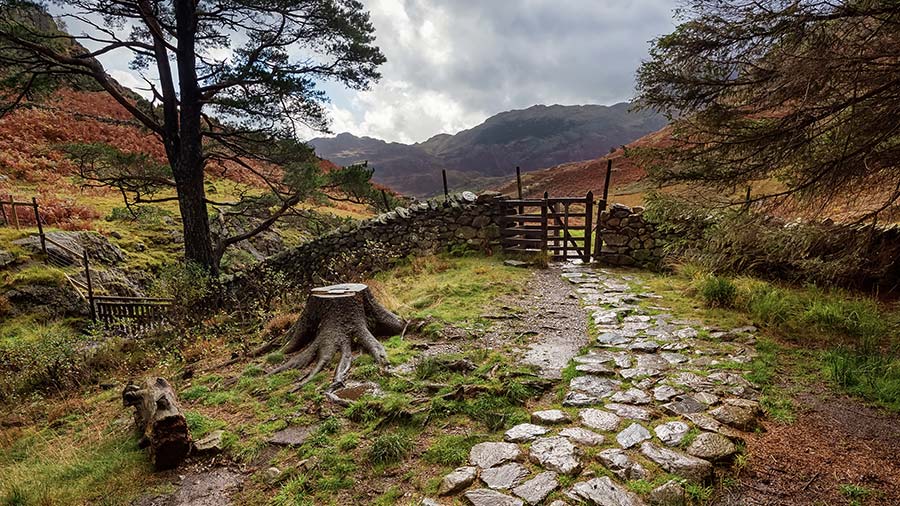 Conservation covenants are a new tool designed to help with the government’s core commitment to enhance the natural environment for future generations.

They will be voluntary, but legally binding, agreements between a landowner and a designated “responsible body” such as a conservation charity, public body or commercial organisation to conserve the natural or heritage features of the land in the long term.

Regulations will need to be passed to bring the relevant parts of the Environment Act on conservation covenants into force, says Tom Kirkman, partner in rural property at law firm Farrer & Co. He says non-statutory guidance notes are also expected.

“It is early days in the process as, for example, while the Act says a conservation covenant has to be intended by the parties to be ‘for the public good’, we have nothing yet explaining what that means. I expect that is the sort of thing that will come in the guidance.”

However, what is known is that conservation covenants will be able to contain positive obligations that require a landowner to manage land in such a way as to retain certain features, or restrictive ones, which would prevent the landowner from carrying out certain operations because of the effect they might have.

The definition of conservation is also quite broad, covering the protection of the natural environment, but also including the conservation of land as a place of archaeological, architectural, artistic, cultural or historic interest.

Parties will be able to negotiate the terms to suit their particular circumstances, including the duration of the covenant, but failure to specify a time period (in the case of freehold interests) means that it will run indefinitely, warns Mr Kirkman.

Broadly, they will also bind subsequent landowners, so while they have the potential to deliver long-lasting conservation benefits, they also have long-term implications for any landowner signing up.

Conservation covenants could be used to secure benefits in a variety of instances.

Some might relate to the implementation of biodiversity net gain (BNG) obligations, which form another key part of the Environment Act.

BNG means developers will have to deliver a compulsory 10% minimum uplift in biodiversity as part of planning conditions for a new development for at least 30 years.

It is envisaged that a conservation covenant might be one of the mechanisms used to deliver BNG habitats away from development sites, with landowners being paid to host the obligations of developers.

However, other examples might be a landowner agreeing to maintain a piece of woodland and allowing public access to it in return for payments.

Similarly, a conservation covenant between a landowner and wildlife charity could allow the charity to secure the maintenance of a habitat (for payment or otherwise) without having to buy the land (which the landowner may be unwilling to sell in any case).

Alternatively, an organisation that funds wildlife or heritage conservation work might use a covenant to protect the environmental improvements it has funded.

What is a responsible body?

A conservation covenant can only be formed by the agreement between two types of parties – a landowner (and some tenants) and a limited class of organisations known as responsible bodies.

The criteria to decide whether an organisation is suitable to apply to be a responsible body are not yet available, but the Act says that in the case of a public body or a charity, at least some of its main purposes or functions must relate to conservation, or if it is in the private sector, some of its main activities must relate to conservation.

Harry Greenfield, senior land use policy adviser for the Country Land and Business Association (CLA), says the organisation is very keen that the criteria are robust and contain elements such as expertise in the environment, a track record of working with land managers and safeguards to ensure the bodies are financially viable.

“Given the huge rate of change in environmental policy and practice at this time, there is a risk if unknown, untested or unprepared organisations are designated as responsible bodies.”

It is understood that if a responsible body fails financially, its obligations will fall to the government.

How will payments be worked out?

This will be entirely up for negotiation and may involve a combination of up-front and annual payments.

Mr Kirkman says given the length of the agreements and the potential of management costs to increase over time, it may be prudent to agree that payments are index-linked or there are reviews of payment rates at set intervals.

However, in this scenario it would be crucial to be precise about exactly what the responsible body is allowed to do and agree on their responsibilities in terms of insurance, health and safety and not causing damage.

According to Mr Greenfield, although no one will be able to claim double-funding (be paid for the same thing twice), the CLA is hoping landowners will be able to stack different income streams on the same land for different environmental outcomes. For example, a farmer might be paid by different parties for carbon credits, improving biodiversity and flood risk potential.

Can tenants enter into a conservation covenant?

The legislation states that a tenant with an initial lease of more than seven years can enter a conservation covenant, but Mr Kirkman points out this looks to effectively rule out Agricultural Holdings Act (AHA) tenants as, while their tenancies are secure, they tend to be granted initially for a year and then roll on.

Farm business tenancy (FBT) tenants will be eligible if they have a long enough lease, but the average FBT is much shorter than seven years.

“It does look as if it will be unlikely as a tenant that you will be in a situation that you can take advantage of this.

“Even if you get past the initial criteria, I suspect there will be something in the tenancy agreement that will either prevent you or require you to go to the landlord for consent.”

“Where this is not the case, some FBT tenants with long enough terms will be able to participate. “However, with 95% of all new FBTs let for five years or less, the potential is slim, to say the least,” says Mr Dunn.

“What will be more likely is that farm tenants may take on land that is already being used for a conservation covenant, and it will be interesting to see how the benefit of those covenants will be shared between landlords and tenants, or how the operation of the covenants will affect rental levels.  Both these are unknown quantities at the current time.”

How easy will it be to draw up an agreement?

One of the changes introduced before the Environment Act was finally given royal assent was the introduction of a requirement that conservation covenant agreements must be executed as deeds.

This adds formality to the process of creating a conservation covenant to reflect the serious, long-term nature of the commitments being made.

Government guidance is likely to encourage parties to seek legal advice before entering into any conservation covenant. Mr Kirkman says it is also prudent that landowners talk to a land agent and their accountant before proceeding.

“These are big decisions and should not be taken in isolation. You should ask your agent whether they consider it the best use of the land, and what the implications might be for land values and any other land in your ownership.

“It is also crucial to have your accountants look at any proposal – for example, to investigate the inheritance tax implications, as if you are taking land out of agricultural production, you could be denied agricultural property relief.”

Will it be possible to modify an agreement?

It should be possible to modify a covenant with the agreement of both parties. Where it is not possible to agree, cases will have to go to the Upper Tribunal (Lands Chamber) to be resolved.

The tribunal has equivalent status to the High Court. It may be sensible to build into any agreement the flexibility to modify it in response to changing circumstances.

How will covenants be monitored?

As a private legal agreement, it is up to the responsible body to set out how agreements will be monitored and enforced, says Mr Greenfield.

A farmer who breaches an agreement could face having to pay exemplary damages, which would wipe out any profit associated with breaching the covenant.

Any landowner considering a conservation covenant needs to do their homework first, stresses Farrer & Co’s Tom Kirkman. Key areas to consider include:

The length of the agreement for freeholders will be indefinite, unless otherwise specified. Think about building in a right to break or review the agreement at set intervals or a fixed end date.

Care will be needed in terms of how agreements are scoped. Although there is a potential defence to breaches of covenant for matters outside your control, it is preferable not to have to rely on this. Consider whether it is better to commit to actions, as opposed to absolute outcomes.

That said, for a conservation covenant to be used under the BNG regime, it will need to be of at least 30 years’ duration and to meet the criteria to make it eligible for registration on the biodiversity gain site register (regulations setting out these criteria are awaited).

If a farmer has done a really good job of letting species flourish on a bit of land, what happens if they spread out across the rest of the land?

This could increase the burden of management and potentially limit what you can do elsewhere – for example, in terms of securing planning permission.

Carry out due diligence checks on the responsible body that you are dealing with, so you understand its attitudes and financial position.

End of an agreement

Where a covenant is time-limited, consider what happens to the land at the end of it. If it becomes a valuable habitat, it is possible that it might be designated in some way, restricting what a landowner can do with it afterwards.