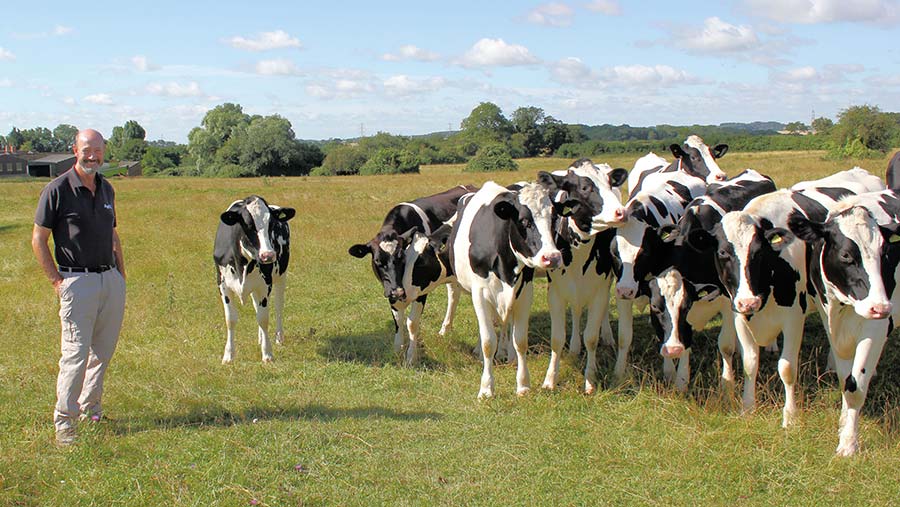 A Cambridgeshire net zero demonstration farmer has a three-pronged approach to cut his carbon footprint and replace income lost through the phasing out of BPS payments.

David Felce, who farms 97ha near St Neots, is looking to reduce his diesel bills, improve fertiliser use efficiency and, more than anything else, secure worthwhile value for his “public goods” environmental work, which includes maintaining a rare lowland calcareous wildflower meadow.

This approach is in response to the challenges he faces over the next couple of years. Effectively, he will see his BPS payment fall by 50% in two years.

The combined income, £20,000 from BPS and £7,000 from countryside stewardship, is a critical safety net for his family business.

He says the farm is profitable in most years, but in poor years the subsidy and environmental income is needed as a safety net.

At the same time, he is also looking to go net zero, with the aim of researching and deploying practical measures to reduce carbon use as one of Agrii’s first net-zero iFarms.

And Mr Felce is tackling this without options such as full regenerative farming, as his Hanslope Series chalky boulder clay ground is not ready for direct drilling.

So what are Mr Felce’s options? He has spent this year exploring the possibilities and opportunities his farm offers.

One area he is targeting is diesel use, both to cut costs and reduce his footprint.

He points out that reducing diesel use by 40 litres/ha would equate to 136kg/ha of carbon dioxide equivalents.

This year he has ploughed all his arable ground to reset the system after a wet year and for grassweed control. Having done this, he intends to reduce the amount of cultivations as much as he can.

For example, he has been working with Will Mumford of Vantage England and Wales and Tom Carnell of Tramline Tec to develop his own sub-surface cultivator based on the He-va Evolution with seeder discs for low-disturbance drilling of OSR and cover crops.

He sees better targeted tillage and the most appropriate year-round “use of roots” as good opportunities to improve soils that are far from ready for direct drilling. 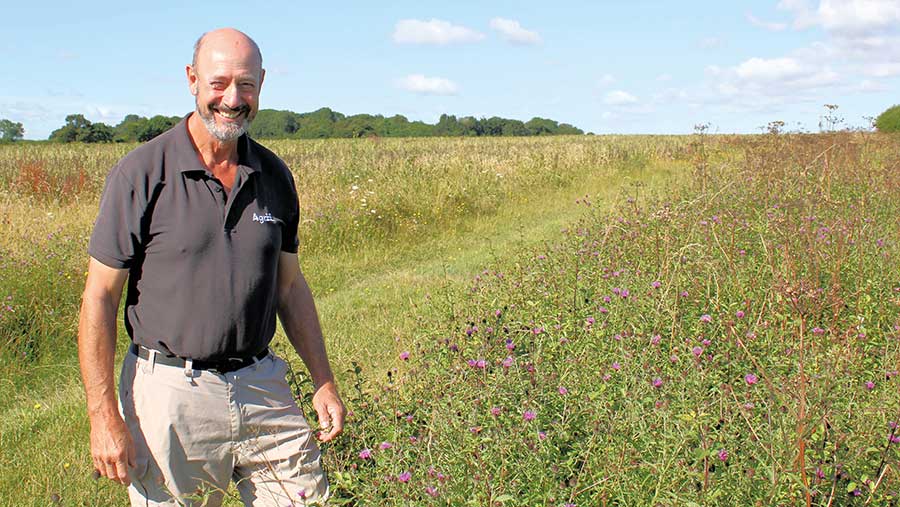 These margins have to be flailed annually to prevent brush taking over, David Felce explains © George Chancellor

Another fuel cost is soil compaction, and he is hosting Agrii trials investigating the benefits of reducing tyre pressure with the latest tyre technology.

He is comparing standard tyres at 20psi with very high flexion (VF) tyres at 9psi, when used for one pass of an Axion 810 with a 4m Sky EasyDrill and measuring the impact on fuel use and yields.

Along with diesel, fertiliser is another key contributor to his carbon footprint. Mr Felce is looking to reduce overall N rates by trialling different wheat genetics and nutritional approaches to improve plant growth and development.

In particular, this season he has been comparing Extase, Gleam and Edgar. “The idea is to see what we can get from genetics to lower the carbon footprint by improving nitrogen use efficiency.

“For example, could we grow Edgar with 50kg/ha less nitrogen? This could be achieved by increasing the nitrogen use efficiency from 60% to 70%.”

In oilseed rape, he is looking at the use of liquid starter N and P fertiliser to get better rooting, with the hope that he can use less nitrogen fertiliser later in the cropping cycle.

Also being investigated is an N-Flex variety from Limagrain, which is claimed to be more nitrogen-efficient and again, his target is to achieve a 50kg/ha saving in nitrogen use.

Environment is crucially important to Mr Felce and his family, with 19% of the farm currently dedicated to habitat and wildlife.

His ELS/HLS agreements run out next year, and one option is to replace them with Environmental Land Management (ELM). But this is likely to replace only the HLS/ELS income and a small part of his BPS.

Decisions are also being hampered by a lack of detail on the new Sustainable Farming Incentive (SFI) scheme, not helped by the fact that he couldn’t take part in the pilot as he had no parcels of land not already in a scheme.

So he is also looking at other ways to secure more value from his environmental features.

One unique feature on the farm is the lowland lime-rich pasture with 54 different species of grass and flower. This has been in grass since 1630 and is the key feature in the stewardship agreement.

However, he feels the current scheme greatly undervalues what it is worth. 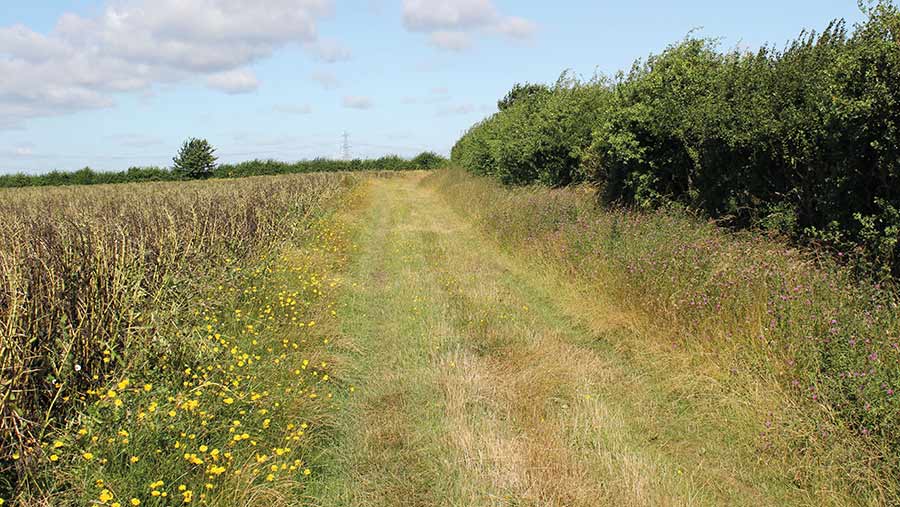 “The HLS payment plus some grazing income comes to about £1,200 from 15 acres of grassland of national importance. I don’t feel this in any way reflects its value,” he says.

“Is £7,000 all that our current environmental contributions are really worth? I don’t think stewardship money fully reflects value, so I am looking to other ways to realise their potential.”

One option is to look at water, as each field has a drainage scheme with a network of ditches, and the farm is surrounded by sites of special scientific interest (SSSIs) and water features.

Water leaves the farm via two routes, eventually going into a stream which flows under the A1(M) into Paxton Pits, an SSSI, before going into the River Ouse.

Then some of it is pumped back into Graffham water (another SSSI), making it a circular system.

He is talking to the local water company about the potential to establish wetlands near the wood, which will help water quality as well as slow down water flows to reduce flooding risk.

“This area near the woods is not paying in cropping, so what can we do to extract value and help management of water?”

For other features, he is looking to extract value by exploring a private scheme with the Environment Bank which is offering 30-year agreements to offset biodiversity for the many new housing projects in the immediate area.

A longer-term aim at Midloe Grange is to improve soil health to enable a no-till approach.

One field has been allocated as a “conversion field” to help explore and understand the steps required to develop a sustainable system of soil and crop management on this particular soil type.

David Felce highlights that last season’s attempt to direct drill into the uncultivated ground in the field was a failure, compared with an adjacent plough, tine, power harrow and drill system.

But his location means he has limited access to sources of organic matter, with very few livestock farms, although this year he has managed to get some farmyard manure to include as a treatment within the conversion process, alongside targeted cultivation and use of cover crops.

Therefore, he is carrying out trials to look at how he can improve soil health without the use of livestock.