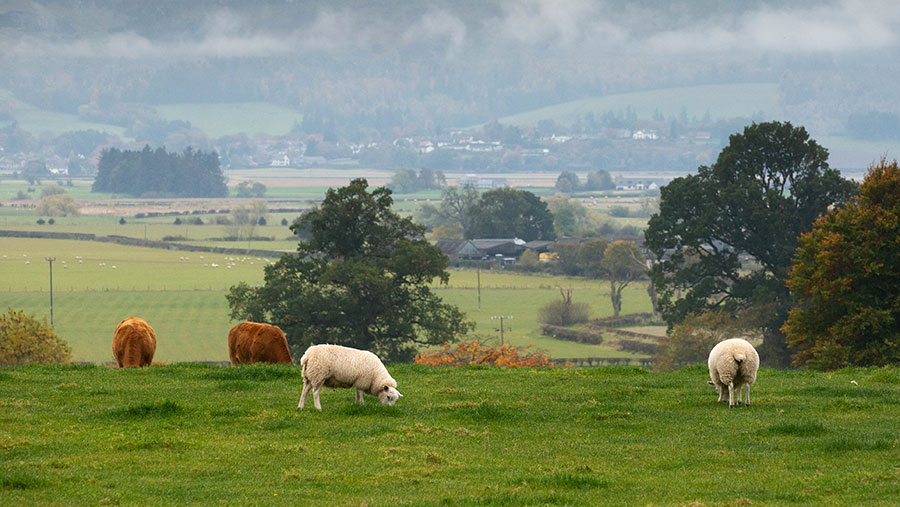 The Scottish government must work with farmers to develop a new subsidy regime to help them transition towards more sustainable land management practices and move away from intensive farming, according to a new report.

This is the key recommendation for agriculture included in Scotland’s first Climate Assembly report, which considers how the country can reduce emissions to meet net-zero greenhouse gas targets by 2045 to tackle climate change.

Following the UK’s exit from the EU and the end of the CAP funding model, the transition to a more sustainable farming system in Scotland should be fully implemented in the next five years, the report says.

“This could be really effective in making a big change, addressing about one-quarter of greenhouse gases in Scotland,” the document states.

Farmers should work in partnership with the Scottish government and receive training, support and funding to help them make decisions about how they can manage the land in a more environmentally friendly way, says the assembly.

The drive toward more sustainable land management should include a “move away from intensive farming and reliance on pesticides”, which will “support biodiversity”.

Food carbon labelling should be introduced within five years in Scotland, according to the Scottish Climate Assembly.

By providing “clear and consistent” labelling, showing production, processing and transport, this would allow consumers to make informed choices.

An assembly member, known as Kirsten, said this would also “put more consumer pressure on the industry to rethink their processes and the materials they use in order to become more sustainable and less wasteful”.

Support for the transition to sustainable farming practices could also enable a “move away from meat and dairy farming” in ways that give farmers “time to adapt and diversify their businesses”.

Commenting on the report, Martin Kennedy, president of National Farmers’ Union Scotland (NFUS) said the union acknowledged the hard work of all those involved in the Climate Assembly.

“It also welcomes the recommendation that the Scottish government should work with the farming community to develop a new support system that incentivises agriculture to be more sustainable in the future,” said Mr Kennedy.

“This is something NFUS will be happy to work on with the Scottish government and to have it fully implemented within the next five years, in line with the Climate Assembly’s recommendations.”

The report says supermarkets and other shops should be set targets to buy and sell local produce at a fair price to farmers and consumers. Pressure should also be applied to supermarkets to reduce food waste and unnecessary packaging.

The 204-page report, which has been laid in the Scottish Parliament and will be handed over to party leaders on Thursday 24 June, was produced after more than 100 people across Scotland – paid by the Scottish government to investigate climate change – were invited to take part.

The Scottish government said it would take time to reflect on the assembly’s recommendations before providing a cross-government response in line with requirements of the Climate Change (Scotland) Act.

Net-zero secretary Michael Matheson said: “In this year of COP26, Scotland’s Climate Assembly exemplifies how we are putting people at the heart of policy-making, by consulting, engaging and involving citizens in decision-making.

“The journey to net zero will transform every aspect of our lives and presents huge potential for us to seize the opportunities that becoming a net-zero society presents for this and future generations.”

What is sustainable farming?

Sustainable farming is a complex issue that is difficult to define. The broad consensus is that it sustains farmers through the adoption of farming practices that are profitable, while encouraging environmental benefits that conserves the land for future generations.