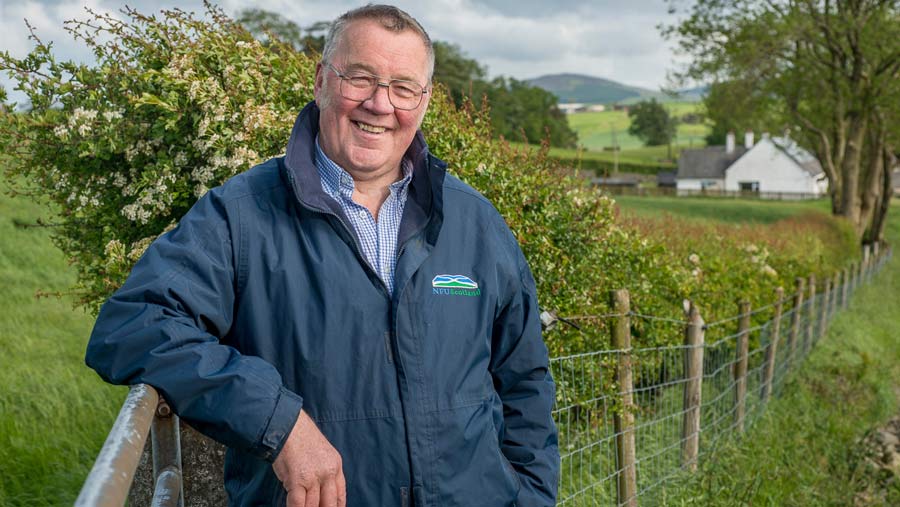 The Scottish government must deliver a policy roadmap now to help farmers and crofters deliver a profitable and sustainable agricultural sector, according to the outgoing president of NFU Scotland.

In his final speech as president, Andrew McCornick said the Scottish farming and crofting was about to face its most significant change in generations.

Brexit, the impact of the coronavirus pandemic, the challenge of climate change and significant changes in agricultural policy from 2025 will be the drivers – and the Scottish industry was ready to respond positively to these changes, he noted.

Stepping away from half a century under the EU’s common agricultural policy (CAP) would allow farmers and crofters to move to a smarter way of supporting the environment, biodiversity, climate change, and delivering the high standards of food production.

“NFU Scotland has been crystal clear. Our industry is one that can change, and will change, to meet public aspirations with an upbeat, forward-looking mindset,” Mr McCornick told the union’s virtual AGM on Thursday (11 February).

“This outlook will empower our farmers and crofters and drive us forward to the holy grail of sustainable profit, done in parallel with tackling climate change and delivering affordable healthy food, which the public expect as a return for their investment in support for our industry.”

Mr McCornick said Scottish farmers and crofters were prepared to deliver on so many fronts – provided that policy, support and opportunities were formulated correctly.

“The ambition is great, but the ‘how’ is sorely missing and time is short,” he said.

“I call on Scottish government to give Scottish agriculture a policy roadmap now, so that we know how to build the path to deliver profitable and sustainable crofting and farming, while meeting all the ambitious targets.”

The NFUS president warned that any divergence in standards within the UK could cause upheaval. It was crucial to safeguard the high-quality reputation and integrity of Scottish agri-foods, Mr McCornick said.

Mrs Batters said the NFU’s food standards petition, which attracted more than one million signatures, showed how passionate the public felt about the need to ensure UK farmers were not undercut in any cheap food trade deals.

“We must hold the government’s feet to the fire and ensure it fulfils its election promise and does not undermine farmers in future trade deals,” she added.