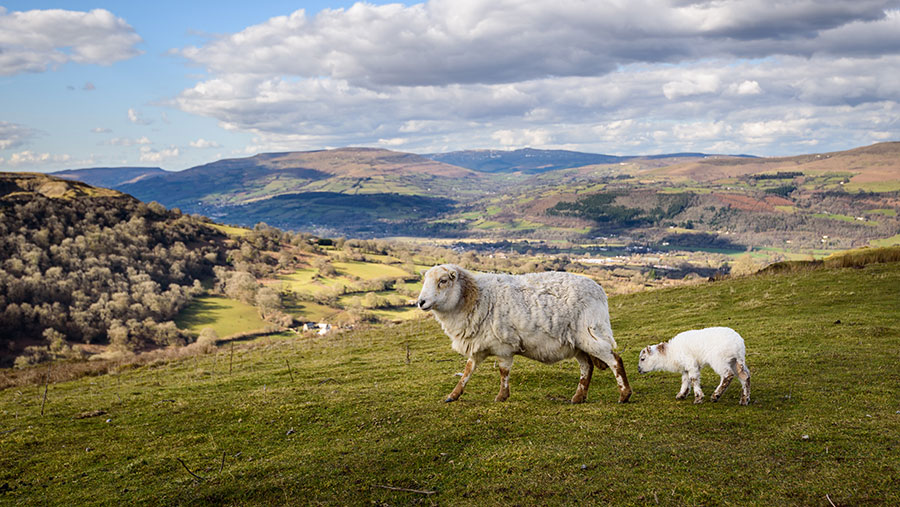 Wales’ rural affairs minister, Lesley Griffiths, has pledged to maintain the Basic Payment Scheme (BPS) at current levels for 2022 – provided the Welsh government receives the same funding from the UK government for agriculture.

Mrs Griffiths made the commitment during a question-and-answer session at the Senedd on Tuesday 22 June.

The minister was responding to a question from Plaid Cymru rural affairs spokesman Cefin Campbell MS.

Mrs Griffiths said: “We maintained the BPS payments at the same level for 2021. If I receive the funding that we should from the UK government, we will look to do it for 2022 also.”

She added that it was important in the context of the Covid-19 recovery and “damaging trade policy proposed by the UK” to promote economic stability and to give Welsh farmers “the certainty they need in these very uncertain times”.

Mr Campbell also raised concerns that the Welsh government will fail to spend all of the £838m budget for the Rural Development Programme by the December 2023 cut-off date.

Based on the latest figures, Mr Campbell said just over 60% of the budget had been spent to date. He called for a substantial increase in the monthly spend rate from £6m to £10m. However, Mrs Griffiths said she was “very confident” that the remaining £362m would be spent over the next three years.

Mrs Griffiths also gave a firm commitment that the Welsh government’s proposed Sustainable Farming Scheme (SFS), a scheme that is mainly focused on environmental outcomes, will not be introduced “until it is absolutely ready”.

The SFS will replace the existing Glastir agri-environment scheme and reward farmers for improved soils, clean air, clean water, improved habitat condition, and delivering actions to reduce global warming through the management of land in a sustainable way.

Mr Davies said it was “absolutely vital” that the Welsh government got it right on its future agricultural policy, as this would “define Welsh agriculture for a generation to come”.

He added: “These policies need to support the industry to deliver our ambition to produce the most climate-friendly food in the world against a backdrop of an environment where our nature is thriving.

“Those policies must also ensure that Welsh farming families continue to be at the heart of thriving rural communities.”

A Welsh government spokesman said: “We will only know what the total amount will be for the replacement CAP funding when the UK government Comprehensive Spending Review takes place in the autumn.

“Subject to adequate replacement funding being provided by the UK government, we will look to maintain the level of funding available for the Basic Payment Scheme for 2022.”