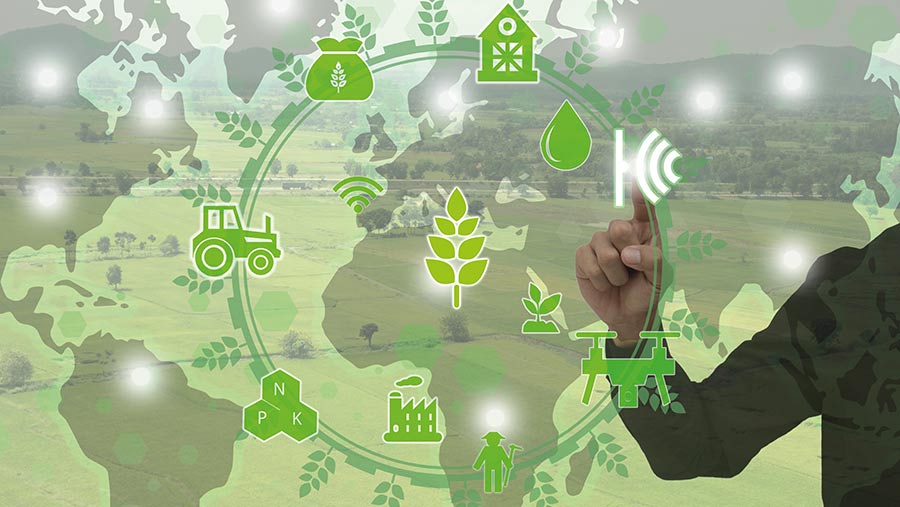 The Stephen and Gill Bullock Award, and its £1,000 cash prize, is presented to the Nuffield scholar judged to have done the most with their Nuffield experience 10 years after completing their report.

It was established in memory of Stephen Bullock, Farmers Weekly’s farms manager from 1963 to 1988.

It was his Nuffield travels that turned James Peck into an enthusiastic backer of controlled traffic farming (CTF), determined to introduce the technique on his home farm. 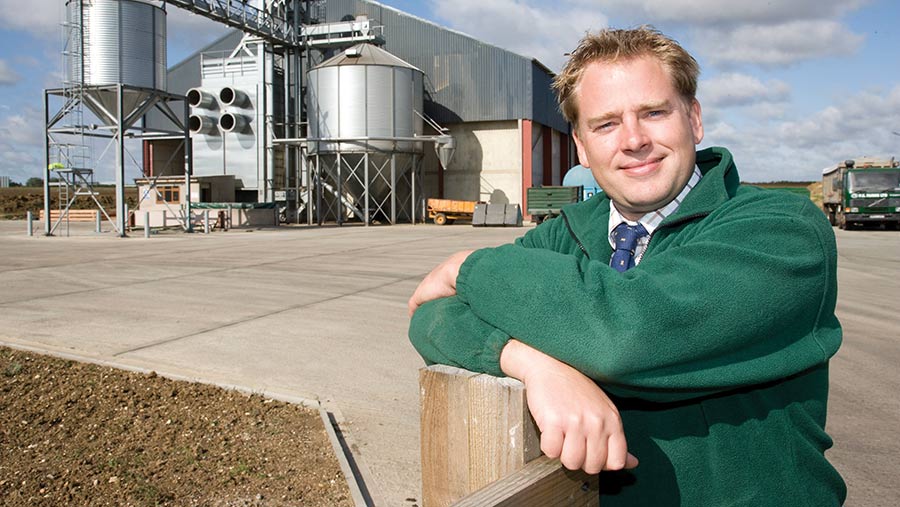 Back in 2011 that wasn’t easy. Most kit wasn’t designed to support CTF, the GPS systems in the UK were not really up to the task and few other farmers were adopting the technique. Undeterred, James set about introducing CTF on his farm, using trial and error and, where necessary, modifying machinery.

Winding forward to 2020, the results have been impressive. James says soil compaction has been reduced from 86% to 13%. “It’s almost as if the land has gone from grade 3 to grade 2,” he says.

An 18% improvement in yields was his target from the adoption if CTF. In practice, he’s found that the biggest benefit has been that he can now grow crops such as potatoes and sugar beet on land where previously he couldn’t. He says the result has been an increase in gross margins of more than 18%.

See also: Who are the 2019 Nuffield Bullock Award finalists?

James has also become a CTF evangelist, working with kit makers including Horsch, Claas and Case to help them adapt machines to support CTF. This year for the first time he managed to crack CTF ploughing – required now that he is growing potatoes.

He also embarked on a series of talks selling the benefits of CTF. He now has a group of neighbours who have adopted CTF and is in contact with a growing band of converts across the country.

But James’ Nuffield experience has also given him a confidence that he never had before.

“I don’t think I would have had the influence I did if I hadn’t done a Nuffield,” he says. “I would just have been a local Cambridgeshire farmer, rather than someone with international relationships and contacts all over the world.”

Marnie Dobson embarked on her Nuffield studies as a goat breeder looking to find ways to expand a niche market.

However, on returning from her travels she and her husband Tim (another Nuffield scholar) make a radical decision to sell their 200-strong goat herd. 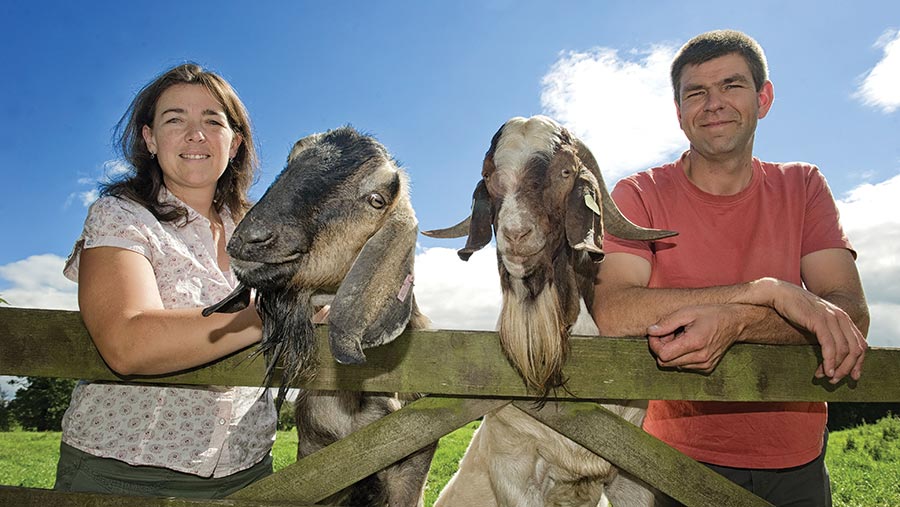 “We realised that what we were really good at was cutting, packaging and marketing the meat,” says Marnie. “So we decided we should focus on that and let other people raise the goats.” They now buy in goats from 25 herds across the UK, mostly culls from goat milk producers.

Having seen on her travels how niche businesses made use of social media, Marnie set about building a social media presence and upgrading their website. Back in 2010 the internet brought in £2,000 of business a month – today the figure is £16,000.

When the Covid crisis prompted a boom in local food shopping, Marnie expanded the café into a general store and set up a veg box service supplying local vulnerable people.

She expects the business to turn over £500,000 this year, a threefold increase in sales over 10 years.

The couple are looking to expand further, with ambitions to develop a pet food business and to turn a natural pool on their site into a fishing lake. This will also bring more visitors on site to use the café and buy meat.

Stephen Briggs is widely recognised as the pioneer of agroforestry in the UK – he literally wrote the book on the subject, co-authoring The Agroforestry Handbook.

On his Nuffield travels Stephen investigated how farmers in other countries operated agroforestry systems – where trees and conventional crops are grown side-by-side. He returned convinced that it could be applied successfully here. 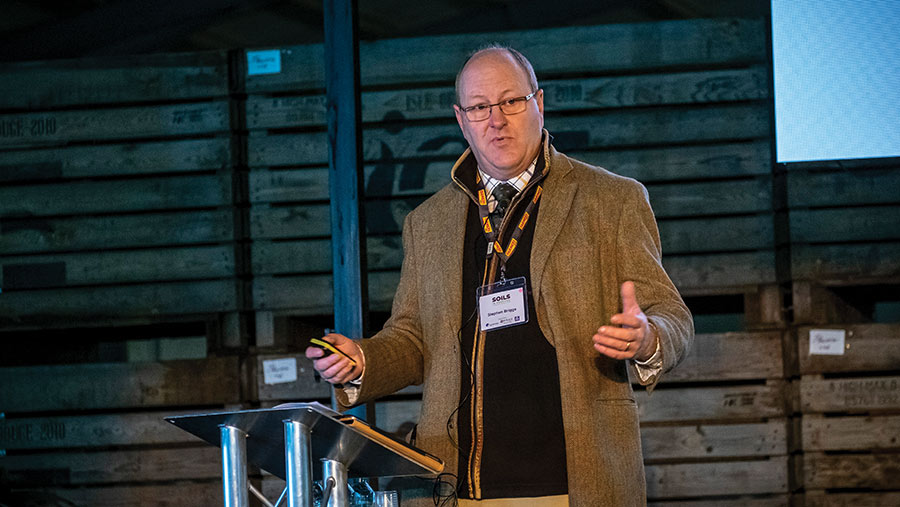 He set up the UK’s biggest agroforestry system on his rented 105ha Cambridgeshire farm, planting 4,500 fruit trees alongside wheat, barley and oats.

Stephen says this has made his farm much more resilient to erosion and crop damage. “When we had a bad storm the fields without trees had double the losses of those with trees,” he said.

The trees have helped boost conventional crop performance, creating better drainage in winter and helping to retain moisture in the summer, and have also increased biodiversity.

He lectures on agroforestry at the University of Warwick and advises and trains farmers across the country.

Stephen also set up the European Agroforestry Federation, to promote it in Europe and (successfully) lobby the EU to remove the limit of 50 trees a hectare for land to qualify for CAP funding.

Keen to connect with consumers and educate the public, three years ago he built a farm shop, café and education centre. That £250,000 investment has produced a business employing 11 people and generating an annual turnover of £400,000.

“We’re proud that we’ve taken a farm that was completely disconnected from the local community and embedded it back in the community as a real local asset,” he says.

Stephen has also presented to government ministers, working as a steering group member for both Defra’s Environmental Land Management programme and the Sustainable Soil Alliance, and advising Natural England, the Forestry Commission and the Committee on Climate Change.

In addition, since 2014 Stephen has worked part-time as head of soils at Innovation For Agriculture, part of the Royal Agricultural Society of England, where he has helped re-write the Basis soil and water qualification and developed a series of soil video tutorials.

Tom Bradshaw’s post-Nuffield career has enabled him to have an impact on a far bigger stage than his family farm in Essex.

In 2013 Tom was the star of the BBC’s Harvest documentary, which followed him and his farm for a year and attracted 2.5 million viewers. Earlier this year, at the relatively young age of 37, he was elected NFU vice-president. 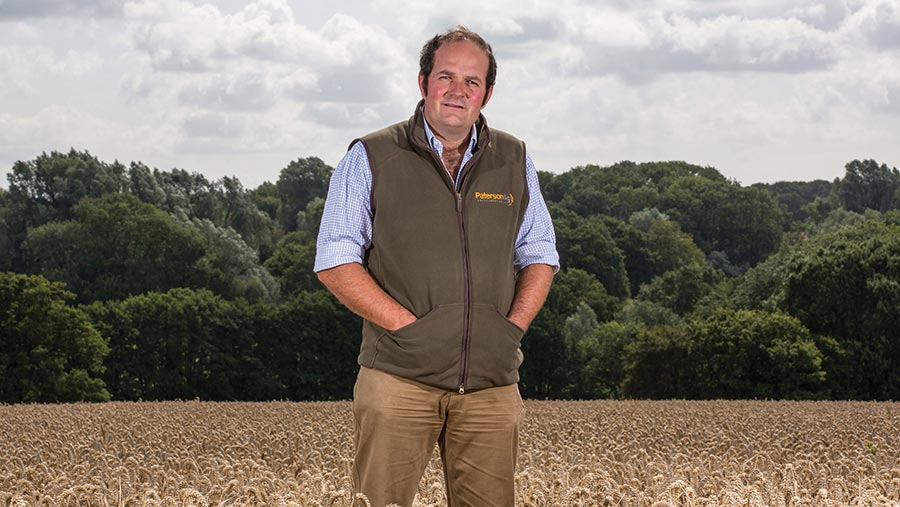 Tom’s Nuffield project was “Soil Fertility and Fertiliser Use Efficiency”. His presentation caused quite a stir and led to an increased interest in soil health among many farmers. But his Nuffield studies also had a big impact on him.

“It was my Nuffield scholarship that really opened my eyes to the global nature of agriculture,” Tom says. “When I set off I thought UK farmers were at the leading edge of global agriculture – when I came back I was disappointed at how far we had fallen behind.”

Tom’s report was critical of the role played by the AHDB in helping farmers raise their game. Rather than carp from the sidelines, Tom applied for and was selected as one of the AHDB’s first cereals and oilseeds Monitor Farms.

He believes that the Monitor Farm programme is one of the most successful things the AHDB has ever done. “[It] has been amazingly successful for the AHDB in helping reconnect the organisation with its levy payers,” he says.

Tom’s business now farms more than 1,000ha, including contract farming for five landowners, incorporating direct drilling and cover crops where appropriate to improve soil health. His growing involvement off-farm led him to hire a farm manager for day-to-day running of the farm.

Active in the NFU for the past decade, first locally and then nationally, he became chair of the National Crops Board in 2017. While he sees his recent election to the role of vice-president as his crowning achievement so far, he believes he still has a lot to do.

“Over next decade we have to shape the industry into something truly sustainable,” he says.

“We are at a pivotal point for the world on climate change and sustainability. If there is something I can do from a position of leadership, that’s my ambition.”