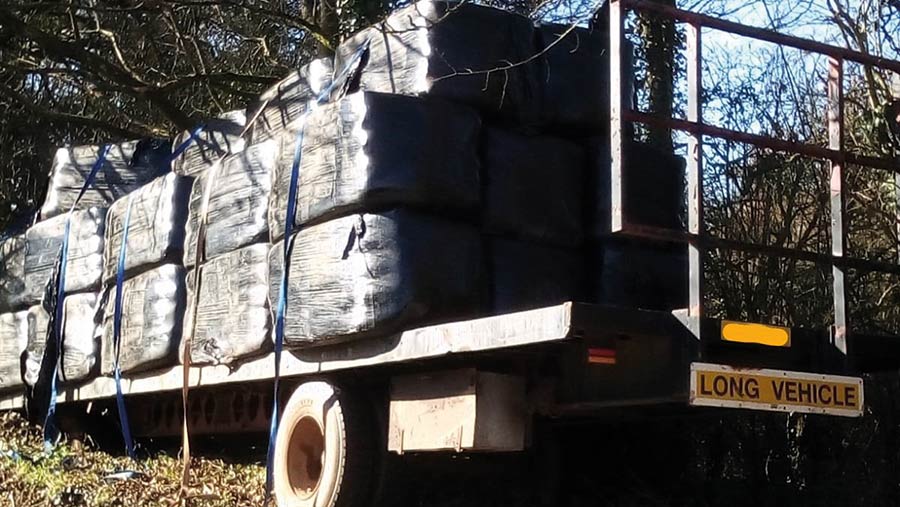 Debris on the road and heavy machinery moving around on trailers due to insecure loading or careless driving are among the concerns of rural road police during a busy time for farmers and contractors.

Guidance from the Health and Safety Executive (HSE) and the Driver and Vehicle Standards Agency (DVSA) can help everyone in agriculture stay safe and legal, and continue the good practice undertaken by the majority of those in the industry.

Nina Day, a policy adviser specialising in road transport for the HSE, says load security in agriculture is something that often goes under the radar, but can cause a lot of problems.

“You get things flying off vehicles, load debris, and it might hit other road users, pedestrians or cyclists. If a vehicle is moving around in a trailer, even if it doesn’t come off it can affect the vehicle handling and might lead to rollover,” Ms Day says.

Load shift is something to be wary of.

“That is a really common type of incident we see at the HSE. The load has made the journey, but then at the point of unloading, the straps are taken off, the load has become unstable and it falls out and either hits somebody or they jump out the way trying to avoid it,” Ms Day says.

But proper strapping and a risk assessment will reduce the chances of an accident.

“A lot of the serious load shifts happen at less than 30mph. It is all about thinking what the risk is if the load comes off. With risk, the fact you have done it [a certain way] for a long time doesn’t mean it is safe. Your risk is resetting itself every single day,” Ms Day says.

Securing a load for transport is normally achieved through a combination of:

The load-securing system must be capable of restraining a force equivalent to:

Heavy plant equipment is best secured with direct lashing – one end onto the equipment, the other end onto the trailer. There will usually be four lashings, and they should be pulling in opposing directions.

The Provision and Use of Work Equipment Regulations 1998 require you to maintain any work equipment you provide. Most kit should be regularly examined or tested by a competent person.

Any brake, suspension, light or tyre defect may result in a £100 on-the-spot fine for the driver, as well as three penalty points on their licence.

“While I would prefer to see a mandatory inspection scheme, the Tilly test is a starting point for us. It means we have to keep maintenance and servicing up to scratch,” Mr Scholes says.

Tilly your Trailer is an 18-point inspection procedure and certificate to ensure trailers are properly maintained and serviced.

“We operate a daily pre-start checklist via an app for all vehicles and equipment. This is a really good discipline to have in place to undertake routine daily vehicle checks before setting off each day. We use K80 ball-and-spoon couplings for safer connection between tractor and trailer,” Mr Scholes says.

“I think we have all seen plenty of farm trailers in daily use that clearly are not road legal or fit for purpose.”

The contractor wants to see more caution over the “worrying trend” of ex-commercial trailers converted for agricultural use.

“While they can be repurposed successfully, if the commercial trailer MOT has expired and it is not presented again for testing as a commercial trailer, it is usually for a good reason, as it needs work done to the chassis or brakes.”

Mr Lyon says issues with the towing hook and eye are common for agriculture vehicles. The maximum clearance allowed at the tip of the hook is 10mm and the thickness of the towing hitch must not be less than 30mm.

Harsh conditions can lead to the suspension deteriorating quicker on farm machinery. “When you are carrying out inspections, there are tell-tale signs such as rust or marks that suggest movement,” Mr Lyon says.

“Be mindful of the terrain you are taking that vehicle on and off. If you are taking it off fields or rutted areas, the suspension is going to take a bigger hammering than during normal use.

“Trailers are hard-working in extreme conditions and the introduction of moisture or freezing weather can assist in deterioration.”

Tractor and trailer weights and speeds

In March 2015, the maximum legal combination weight of a tractor and single trailer increased from 24.39t to 31t.

However, the maximum laden weight of trailers remained unchanged at 18.29t, which means while farmers can legally use a bigger tractor, they are still restricted on the weight of the trailer.

The speed limit for a tractor and trailer up to 2.55m wide is 40kph (approximately 25mph), while high-spec tractors such as a JCB Fastrac and Mercedes Unimog, can travel to 64kph (40mph).

Tractors more than 2.55m wide and less than 3.5m, or any tractor pulling a trailed appliance such as a baler or sprayer, can only travel up to 20mph. Anything over 3.5m is limited to 12mph.

How accidents can happen

Police in Somerset issued a stark safety warning and shared pictures of a farmer’s lucky escape after an old haulage trailer laden with bales careered off the road.

The incident happened on a road near Cotford St Luke, Taunton, when the trailer detached from the tractor and veered into a hedge. No one else was involved and no one was hurt.

Police did not attend at the time and were sent the pictures by a member of the public. The farmer has been spoken to by the DVSA and officers from Avon and Somerset Police, following the incident on 27 February.

Road safety officer PC Dan Cox says: “There is a real problem with the ability to maintain trailers to the same operating standards as they once had.

“We would advise the purchase of the right equipment in the first place that meets the required standards. Most importantly, it must be maintained to that standard.”

Farmers and contractors are advised to use “mud on road” signs to alert other road users, but this does not remove the obligation to clean the road and clear mud from the vehicle before leaving the field.

Leaving mud on roads can lead to prosecution for a range of offences under the Highway Act 1980 and the Road Traffic Act 1988, as well as civil prosecution.

The Highway Code says drivers must not hold up a long queue of traffic, especially in a large or slow-moving vehicle.

Failure to follow this rule can result in a charge of inconsiderate driving, which could lead to a penalty of three to nine points and fines of up to £5,000.

“Is it rush hour? Is there an appropriate place to pull over? How many cars are in the queue?” PC Cox says.

“Police can pull you over if they believe your driving to be inconsiderate to other road users.

“Think about the possible consequences if frustrated drivers overtake unsafely – if a collision were to happen, your actions may be questioned.”

Using a mobile phone is illegal in all circumstances, and if caught, you can face a £200 fine and six penalty points.

“While it’s legal to drive using a hands-free kit, it does not mean it is any safer. Employers should make it clear that they do not expect employees to answer the phone when driving,” PC Cox adds. 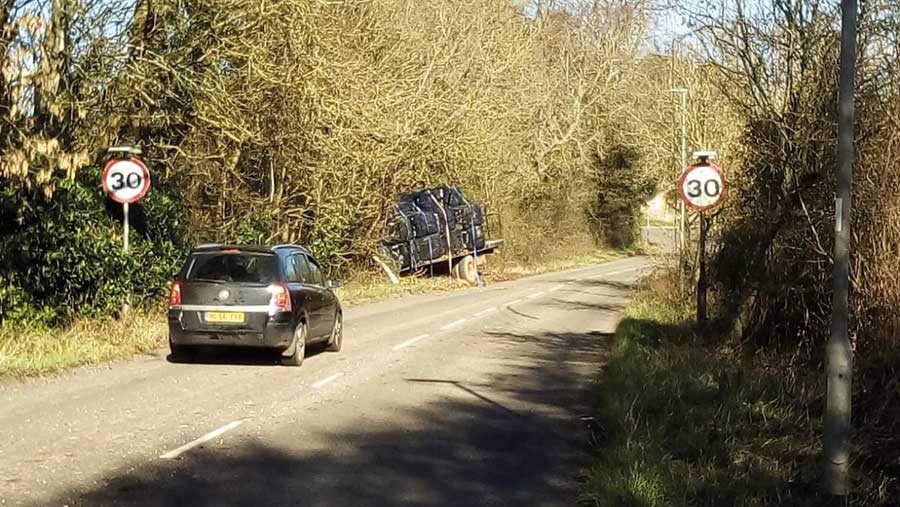