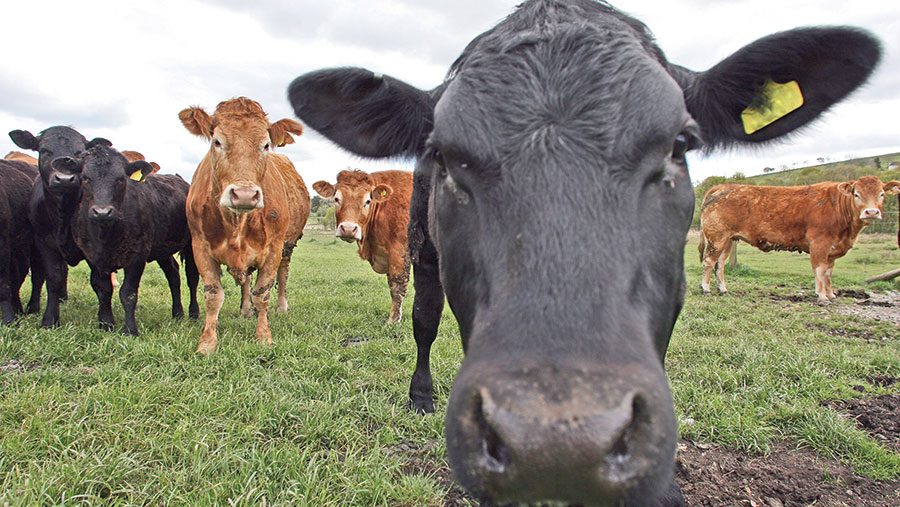 Many farmers aspire to grow the size of their farm in order to increase their income, but new research has confirmed that this is not a guaranteed path to success.

Independent analysis of a large set of Welsh sheep and suckler cow enterprises show that as businesses increase in size, it is only the range of performances that increases, with profits rising for some while losses deepen for others.

The data was taken from the Hybu Cig Cymru (HCC) Red Meat Benchmarking Survey and looked at net margin per livestock unit in 2016-17 and 2017-18 across more than 1,500 farms.

See also: Natural Capital: What it is and how to value it on your farm

The report concluded that it is “critical to become exceptional at managing a grazing livestock enterprise before growing.”

Therefore, a farmer should only seek to take on more sheep or cattle once the performance of the enterprises and the management of them is in top condition, it said, as both the risks and opportunities rise as a business increases in size.

The study, which looked at sheep, cattle and mixed enterprises in lowland and upland areas, reveals that the risk is particularly great in cattle enterprises.

“These businesses, however, weren’t necessarily the largest in terms of scale or size. What the data analysis has evidenced is the importance of building a business based on solid foundations before attempting to grow and expand.”

Mr Richards said the data shows that top performers keep their overhead costs considerably lower for each breeding animal than the farms in the bottom tier.

Figures from the sheep enterprises show that top-third performers have almost half the amount of overhead costs when compared with the bottom third.

Sheep farmers in the top third had £0.63 of overhead and variable costs for each £1 earned, while those in the bottom third spent £1.19 for each £1 of output.

However, Welsh cattle producers are in a more perilous situation, with even the top third of performers spending £1.02 for each £1 of output, while the bottom third spent more than double what they earned from the enterprise, at £2.17 of costs for £1 of output.

This included a wage of £9.34/hour allocated to each hour of unpaid labour worked in each enterprise.

Graham Redman, the lead report author, said businesses in the beef and sheep sectors struggle to scale up successfully, as land and livestock are prohibitively expensive, while output is lower than from rival sectors such as dairy.

Mr Redman, who is also a partner at consultancy firm Andersons and edits the John Nix Pocketbook, noted the findings are similar across the UK.

Fresh data from the new 2020 John Nix projects average upland beef and sheep enterprises across the UK will make a £64/ha loss next year, and a high-performing business will make a £155/ha profit.

In contrast, the average dairy farm is expected to make a return of £490/ha and a high-performing one £947/ha.