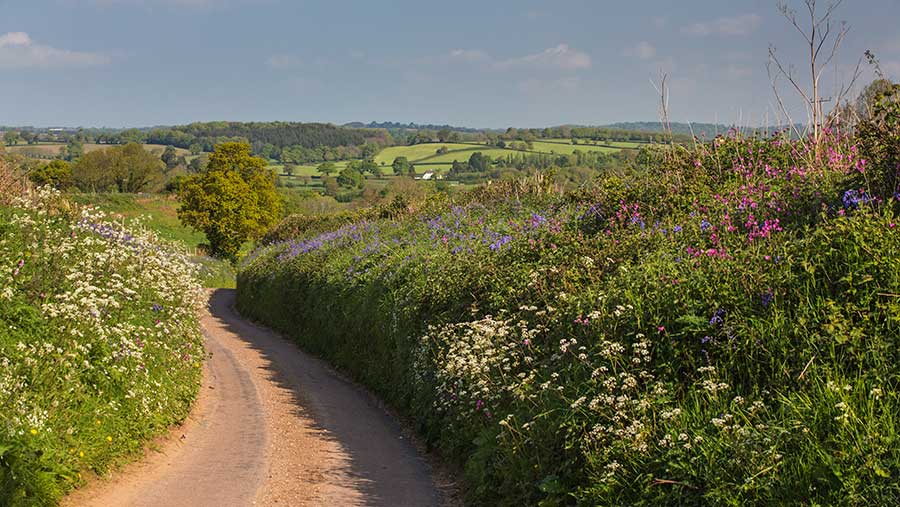 The importance of protecting and improving the environment is something farmers have always been aware of, but public awareness of the issue, and with it the government’s focus, has sharpened over recent years.

In 2018 the government published its 25 Year Environment Plan, setting out how it will deliver on its pledge to leave the environment in a better state for the next generation.

A Natural Capital Committee has been tasked with advising the government on the role that the concept plays in national life, and 2019 has been designated the Year of Green Action, a drive to help everyone get involved in projects that support nature.

All this change brings with it opportunities for farmers and their businesses, including new funding prospects, according to experts in the sector.

What is natural capital?

Natural capital is difficult to define but is generally understood to describe the elements of the environment that benefit people.

It can include, for example, clean water, carbon-capturing plants and healthy soils that bring practical  benefits, as well as elements with social benefits, such as fresh air and pleasant views, which can aid mental health and wellbeing.

Sam Bridgewater, head of wildlife and conservation at Clinton Devon Estates, which owns 10,000ha of land, says such assets have both a private and a public value.

Soil has a private value to the farmer, supporting crop production, and a broader value to society, such as carbon storage.

Jeremy Clitherow, lead adviser at Natural England, says the concept of natural capital is to assign a value to these assets, which do not have a typical value in terms of pounds and pence.

Why is it becoming more prevalent?

Although many farmers will be well aware of the importance of their environmental assets and how to protect them, the prevalence of the “natural capital” term and concept has increased alongside the public’s growing awareness of the need to improve the environment.

Mr Clitherow says: “There is an increased awareness generally about what impact humans are having on the environment on a global scale, as well as a realisation that individuals can do something about it.” 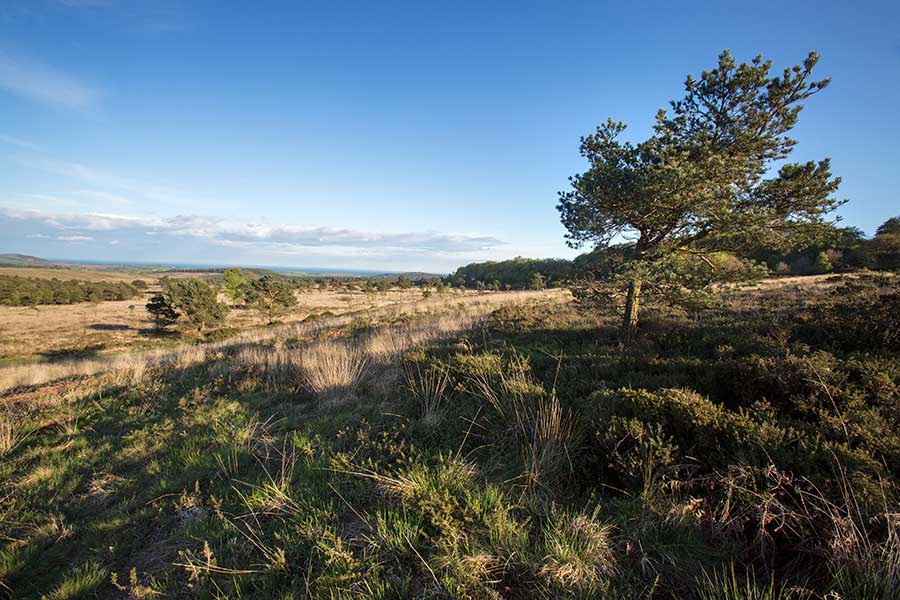 The Pebblebed Heaths on the Clinton Devon Estate © Matt Maran

This is a good thing for farmers, Dr Bridgewater says, because it gives them a new vocabulary to demonstrate the worth of their work.

It is important to promote at a national and regional level the need to work together on improving and protecting natural capital, in order for it to be successful.

“Clearing trees from an area on your farm may make sense based on the timber value, but could result in the removal of a natural flood defence,” Dr Bridgewater says.

“We need someone, in government or elsewhere, saying what we want from this area as a whole is, for example, food production or flood protection, to ensure the work one person is doing isn’t cancelled out by what someone is doing in another area.”

6 examples of natural capital on farms

Natural England’s Jeremy Clitherow is working with the Duchy of Cornwall to help it deliver enhanced natural capital on its farms.

When first visiting a farm, Mr Clitherow assesses what natural capital the land has and works with the farmer to maintain these assets and improve them.

1. Soil
Determine the soil type and assess the potential risk of run-off. This risk can be mitigated by the cropping type.

2. Water
Discover what water sources are available, how the water flows across the farm, and how it travels across soil into habitats. Assess how manure is managed and if slurry lagoons are in place. 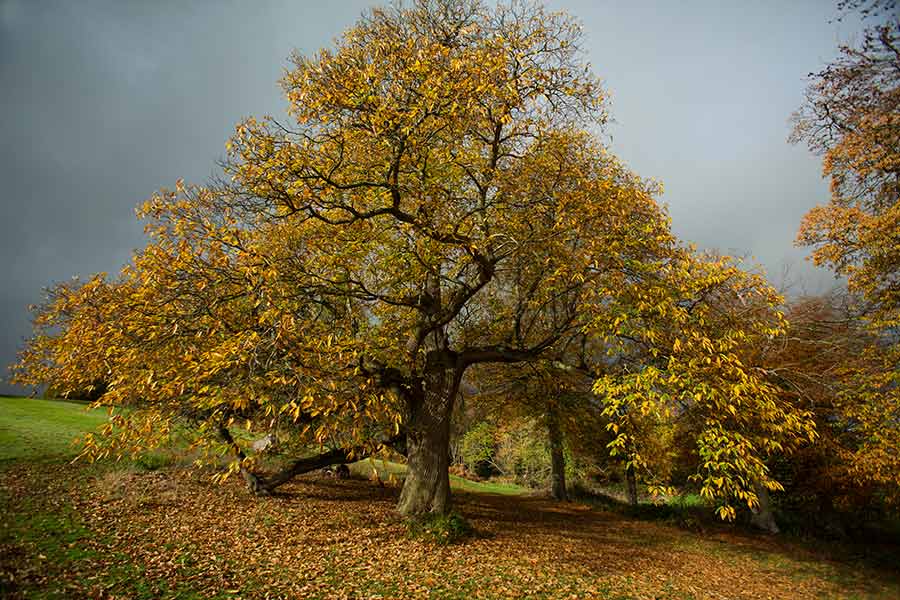 3. Biodiversity
See what different habitats are in each field parcel. Maintaining and enhancing habitats is important. Wildlife corridors can make the land more accessible for wildlife. As the Duchy of Cornwall has connecting farms, Mr Clitherow is able to join wildlife areas over a larger area and these farmers are seeing the benefits of working together.

4. Recreation and access
Some farmers are keen to invite school and other groups to discuss food production and the environment in mutually beneficial access. Many farms will have public bridleways and footpaths and open-access land to assess.

5. Historic environment
This can include a whole range of features, such as Bronze Age tumuli, Iron Age forts, ancient farm buildings, historic parklands, beacons and barrows, which need protecting and maintaining.

Some systems can have multiple benefits. For example, traditional orchards can host species-rich grassland and pollinators, and then allow grazing later in the year.

6. Landscape
Whether the land has any special designations or not, the whole fabric of the countryside and how it looks from a viewpoint is a key asset.

The farmed environment can be valued in many different ways (food production, soil health, public enjoyment) but it has been undervalued so far, Mr Clitherow says.

“If the public wants a certain type of environment and they are prepared to pay for it, we should determine what the farmer can deliver and what value should be put on this delivery,” he says.

“Supporting farmers to do this by filling the gap where there isn’t a market value seems a legitimate use of public money, in my mind.

“Natural capital creates a space where we can put a proper value on environmental assets, rather than income foregone.”

Clinton Devon Estates plans to work with its 30 tenant farmers and adjacent landowners to look at how they are supporting natural capital, the ways farmers might be rewarded for this, and how they can demonstrate good value for money.

“We believe it is possible to be both agriculturally productive and to safeguard nature and the services that come from it,” Dr Bridgewater says.

“Financial governmental support for farming in the future is likely to be tied to demonstrating ‘public benefit’ through support of environmental services.”

Advice from the experts

Jeremy Clitherow: Seek advice from, for example, Natural England, local farming and wildlife advisory groups, your farm adviser, the RSPB and the Wildlife Trust. Challenge your adviser to be aspirational. Be open-minded and have a clear aspiration about the natural capital opportunities for your farm business. The current Countryside Stewardship scheme is a good place to start and ticks a lot of natural capital boxes.

Dr Sam Bridgewater: First look at the extent and quality of your assets. If the quality is poor, look to improve that. Valuing your land and understanding it better will benefit the business in the long run. Don’t fear natural capital – I think people will be surprised about what they have got. Go at the speed you can achieve and take it step by step. You don’t have to know absolutely everything to do something.

Barney Tremaine: Educate yourself and learn what you have got. For example, ask your local birdwatching team what you have in the area. Data gathering is key – you need to have a start point in order to progress.

Without this, some will struggle to make money and those in more productive areas will start farming more intensively.

Dr Bridgewater says: “This money could come from the sales price or incentives from government or stewardship schemes, or a myriad of things in between, such as reverse auctions [where farmers bid for funding to carry out work]. To get that help, farmers have to have the narrative that they’re worth it.”

Defra’s Environmental Land Management scheme (ELMs), proposed to replace the Basic Payment Scheme and current agri-environment funding over a transition period after Brexit, will pay farmers based on a natural capital valuation approach. Its test and trial period begins this year.

New markets for natural capital assets should also be explored, Mr Clitherow says. For example, there is an increasing market for local provenance hay meadow seeds, because it is important to ensure one particular type is not dominant across the country. This gap could be filled by farmers who invest in their species-rich hay meadows.

The Duchy of Cornwall has implemented a natural capital memorandum of understanding (MoU) at the 87ha Tresemple Farm, near Truro, alongside a 15-year farm business tenancy agreement.

Rhys and Lois Morris began their tenancy at Tresemple in September 2018 and have worked with Mr Clitherow to identify their assets and where best to site them, as well as applying for a Higher Tier Countryside Stewardship scheme.

Already interested in working in tandem with the environment, the couple saw the tenancy as the perfect opportunity to work with a landlord with similar aims.

“The MoU lays out very clearly what the Duchy is looking for in a tenant and nudges them in the direction of what would be beneficial for the farm and the environment, and we have built on that,” Mrs Morris explains.

“Getting the balance right to allow natural capital to flourish and be a profitable farm is important.”

The MoU includes guidelines on restoring natural capital features, such as post-medieval parkland, taking care of areas prone to erosion, preventing run-off into water sources, and taking care of and encouraging wildlife.

“Now is the time to make decisions on the environmental aspects while we’re understocked,” Mr Morris says.

“This is a very beneficial position because it means we can fit our farm to what we want to achieve environmentally.”

He adds that it was crucial for the MoU to be flexible, because the Duchy didn’t know what tenant or farm system would end up on the farm.

“The natural capital part is going to be an ongoing process for the next 15 years,” Mrs Morris says.

“You need several years on a farm to understand it and as the seasons go on we learn even more.

“What’s important is that the Duchy hasn’t asked us to do anything impossible and our job is to make it work within our business.”