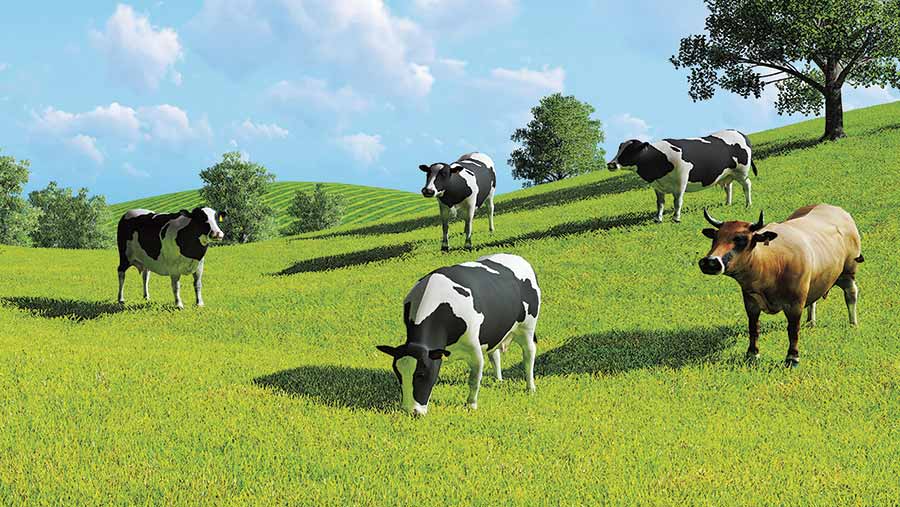 One of the longest winters in living memory has forced the Savills Model Dairy Farm, like many others, to revise its budget down for the financial year ending 31 March 2019.

Milk price expectations have been cut to 26p/litre, from the 28p/litre average originally expected for the current milk year, with a production drop of 50,000 litres adding to the pain.

“We recognise that there have been recent milk price improvements but budgets need to recognise the volatility we have seen in milk prices.”

Wet weather across the traditional spring flush has meant the herd had to remain indoors for an extra 30 days, bringing an extra £2,000 in bought-in feed costs.

The revisions also included extra herd replacements and cumulatively added 3.66p/litre to the farm’s total cost of production, taking it to 34.99p/litre although this includes the family’s £40,000 of drawings.

This leaves a slender full net margin of just 1.39p/litre.

The drop in financial performance was compounded by a fall in herd performance as well as an ailing milk price in the second half of 2017 and beginning of 2018.

With lower production and higher use in many cases, every item of cost has risen on a pence a litre basis.

As part of what has of necessity been a stop-start expansion plan, another 31 heifers are set to join the herd this year, bringing the milking portion to 266 animals by 31 March 2019.

The family is committed to its long-term target of 300 cows. Herd replacement is a big cost in an expansion such as this one, says Mr Skelton, but the large heifer numbers being kept also give the farm flexibility.

In total, 100 heifers are planned to calve in the current milk year, with some being sold as an overdraft management tool if necessary.

The guarantee of BPS injects an additional £39,000 into the business, worth the equivalent of about 1.9p/litre.

While the farm’s fodder stocks were sufficient to get it through the long winter, it may be necessary to open the 2018 production clamp earlier than in recent years as the buffer has now been consumed. 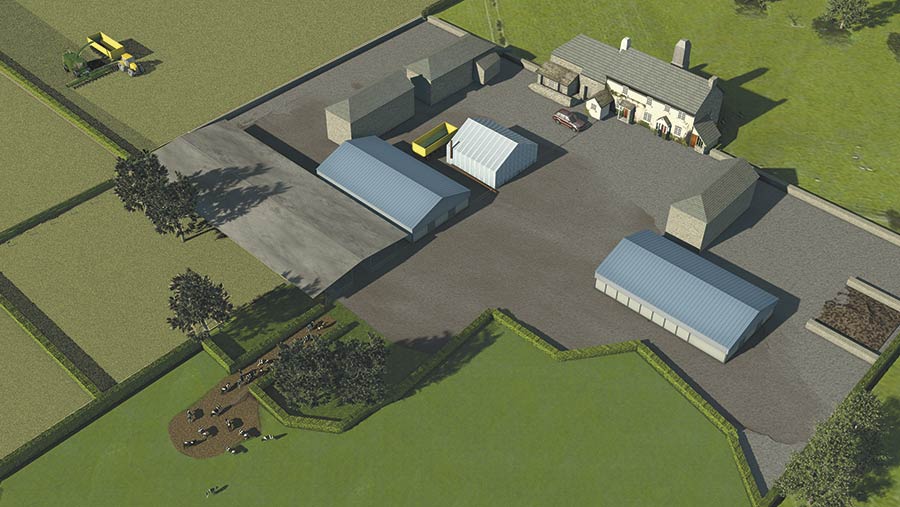 The revised budget has reinforced the importance of the farm’s milk income to the business.

However, the 2p/litre fall in the budgeted milk price has highlighted the frailty of the farm’s financial position, especially when looking forward to a time without subsidies.

So in an attempt to create greater financial security, the farm is in discussion with its milk buyer to lock in a percentage of its milk at a fixed price for up to three years at 28p/litre.

This option will allow the farm to rely on a steady income stream until 2021, the final year before subsidies are expected to see significant reform and likely be linked to environmental goods.

In the short-term, the farm’s top priorities remain herd expansion as well as increasing yield from forage, while increasing total milk yield in order to reduce costs.

To achieve this, the business is looking to improve silage quality, mixed forages and ration management.

Despite the low prices and bad weather making it difficult for these improvements to come to fruition in 2017, the quantity of land that’s been able to be allocated to silage and its anticipated high quality could leave the farm in a positive position next year.

In the longer term, the Savills Model Dairy Farm is questioning the use of all machinery and equipment used by the business to see if efficiency savings can be achieved from replacing them with contractors.

Further potential savings are being examined through the construction of a borehole on the family’s land to reduce the expenditure from metered water.

Savills Model Dairy Farm – What is it?

The business is on a non-aligned milk contract and was affected by the drop-in milk prices in 2016.

This also provided an opportunity to turn a planned wholecrop wheat area into a grain crop to generate cash in the short term.

Despite these measures the year still produced a trading loss £15,739, although the overdraft rise was limited, closing the year at £70,940.