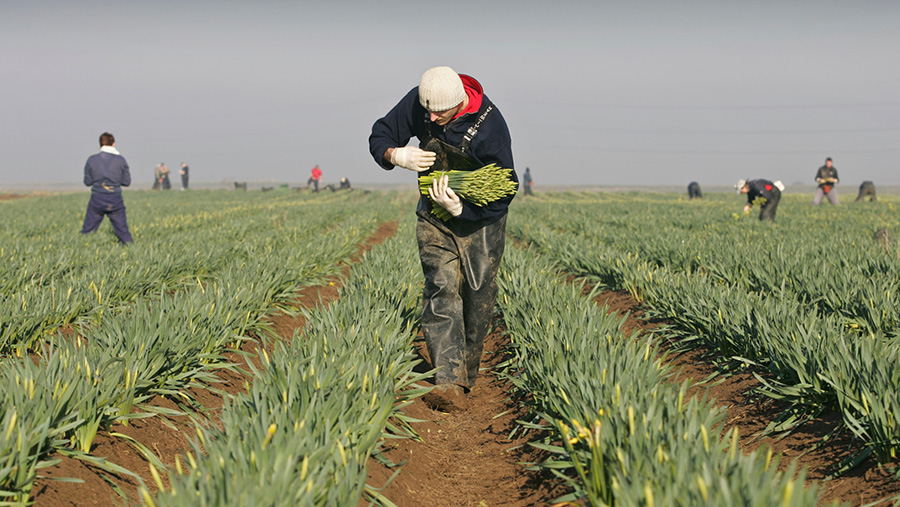 British farmers are reporting difficulties recruiting overseas workers because the fall in sterling’s value has made the UK a less attractive place to work.

The situation is exacerbating a labour shortage on UK farms which are already finding it hard to recruit workers, including British employees.

Worcestershire grower and NFU horticulture chairman Alison Capper said many migrant workers were staying away following the UK decision to leave the EU.

See also: How a post-Brexit staff shortage could affect horticulture

“Migrant workers are choosing not to come,” she told Farmers Weekly.

One employment agency, which provides overseas labour to the UK fruit and vegetable sector, had reported a 70% drop-off in Bulgarian workers wanting to come to the UK in July.

The usual drop-off during that month would be 20-25% as the busy harvest season got under way.

The shortfall in overseas workers had proved a challenge for growers in Cornwall, Kent, Herefordshire and Worcestershire, said Ms Capper.

“The staff they were expecting to turn up chose not to,” she said.

Some overseas worker were staying away because the value of the pound had fallen – so it was easier to earn a comparable amount of money elsewhere.

The pound has dropped sharply in value since the June Brexit vote. It was worth about €1.30 on 23 June but has since tumbled nearer to €1.10.

There is a lot of not very nice stuff in the media in some of these eastern European countries about what is going on in the UK Alison Capper, NFU

Ms Capper said other overseas workers were staying away because of the perception they were no longer welcome in the UK following the Brexit referendum result.

“There is a lot of not very nice stuff in the media in some of these eastern European countries about what is going on in the UK,” she said.

The NFU argues that access to a flexible, skilled workforce is vital to farming’s competitiveness.

Continued access to non-UK born seasonal and non-seasonal workers is a priority for the horticulture, poultry and pig sectors in particular.

The NFU is calling on the Home Office to trial a “substantial” fixed-term work permit scheme for overseas agricultural and horticultural workers to come to the UK during 2017.