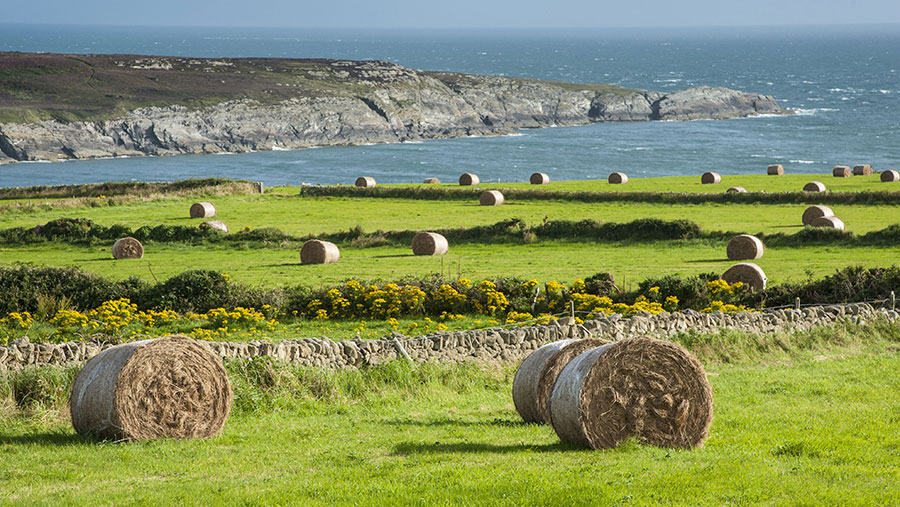 A member of Anglesey’s County Council is to put forward a motion at September’s council meeting to try to protect the sizeable farms estate from being sold.

Councillor Aled Morris Jones, from the Twrcelyn Annibynnwyr Môn (Anglesey Independents) party, said he will submit a motion, which if passed, would mean any future proposed sale would have to be agreed by the whole council, rather than the individual officer known as the portfolio holder.

“Currently policy allows the portfolio holder to sell any smallholding without any reference to the council.

“Anglesey has a substantial smallholdings estate and we need to safeguard it to preserve our rural way of life and the Welsh language,” he said.

“It’s time this was addressed and addressed properly.”

As of June 2016 Anglesey had the second largest council farms estate in Wales at 2,500ha, behind Powys with just over 4,500ha.

Farming unions slammed the council for selling off two farms from the estate earlier this year.
But Cllr Jones, a former Young Farmers Cymru chairman of both Wales and Anglesey, said there is no immediate threat to the rest of the estate.

Some £10m has been invested over five years into the farms estate through the disposal of a small number of vacant farms, development opportunities and rental increases to bring it up to standard.

“That programme of modernisation is now coming to an end,” he said.

“The estate is now producing a substantial income for the council and is a key way for young farmers to enter farming.”

Portfolio holder Cllr Bob Parry told the Daily Post that he had no plans to sell off any of the estate while in the role, but acknowledged future holders may choose to do so.

Cllr Jones said he is hopeful the motion will find support with the rest of the council and be carried.

Elsewhere in Wales, Flintshire Council has continued its disposal of its council farms estate with the sale of dairy holding Cefn Farm in Holywell at auction.

In 2011, Flintshire Council agreed to sell off more than 30 smallholdings in its estate that were worth a total of £14.5m at the time, saying it was receiving just £11,000 from an annual rent bill of £240,000 once costs were taken into account.

Cefn Farm, located in the village of Bagillt, consists of a farmhouse with a mix of traditional brick and steel-framed outbuildings and 73 acres of land in two lots.