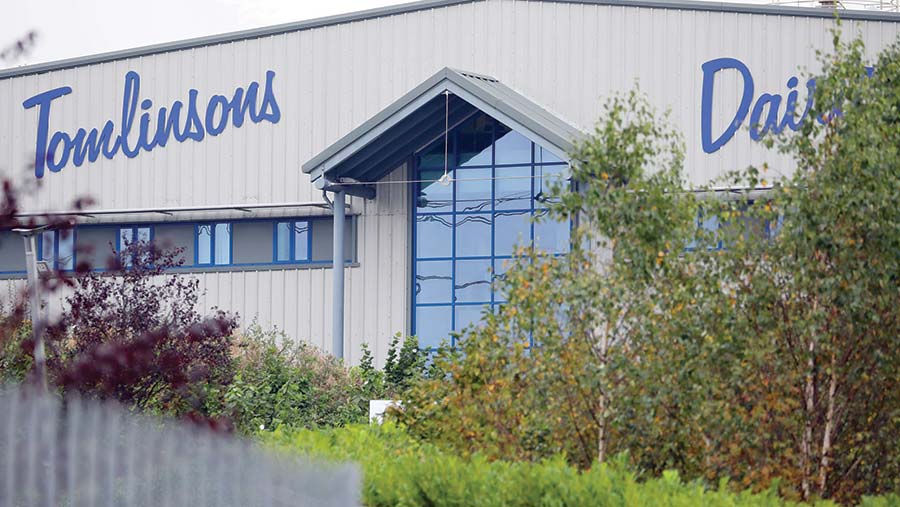 Pressure is mounting for Sainsbury’s to pay up six weeks’ cash owed by its supplier Tomlinson’s Dairies, which is in administration, to 34 farm businesses.

A decision by Marks & Spencer to pay its two farms supplying through Tomlinson’s has added to the pressure on Sainsbury’s.

“Our relationships with our farmers are central to our Select Farms programme and how we work at M&S,” a spokesperson for the retailer said.

See also: Advice for farmers who are struggling to pay bills

“We’ve worked directly with the two farmers that produced M&S Select Farm milk through Tomlinson Dairies to ensure they are fully supported and that they received full payment from us for the six weeks’ worth of milk owed to them.”

The Sainsbury’s farms are all members of the retailer’s costed Sainsbury’s Dairy Development Group (SDDG).

Reacting to recent criticism on Twitter that followed the M&S move, Sainsbury’s tweeted that it was “in direct contact with Sainsbury’s Dairy Development Group farmers and doing what we can to support them”.

Farmers Weekly asked Sainsbury’s what support was being given. In response the retailer said: “We are continuing to talk to our farmers.”

Mike Denny and Peter Dickens of the accounting firm PwC were appointed joint administrators of Tomlinson’s Dairies by the High Court on 14 October.

About 120 farmers supplied Tomlinson’s. Of these, 48 are Arla members and were paid direct by the co-op for their milk. About 70 further farmers have been left unpaid for milk supplied between 1 September and 12 October.

Tomlinson’s Dairies’ Wrexham site is understood to be on the market.

The Royal Agricultural Benevolent Institution (RABI) is paying cash from its Crisis Fund to provide emergency grants of £3,000 to farmers affected by the Tomlinson’s Dairies administration.

There is a simplified application and criteria process, the charity says.