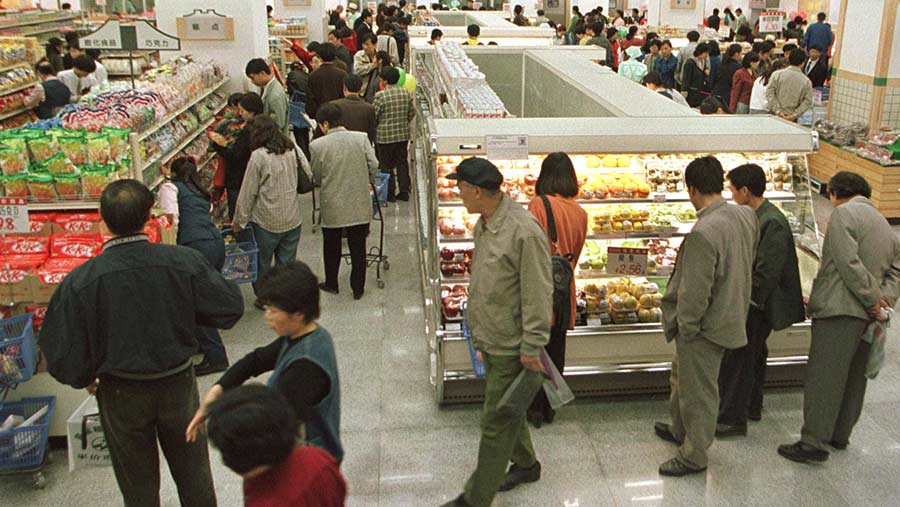 The world’s major beef producers are becoming increasingly reliant on the Chinese market, raising concerns over what might happen if China’s current huge demand for protein declines.

China is drawing in more protein to fill the void left by the drop in its pig production capacity, which has been devastated by the continuing African swine fever (ASF) outbreak.

Rabobank estimates suggest a 25% drop in China’s pig sector productivity in 2019, with a further 10-15% drop in production forecast in 2020.

The lack of availability, higher prices and a mistaken belief among China’s shoppers that pigmeat is no longer safe to eat, have driven demand for alternative protein. Beside the impact of ASF, Chinese beef demand was already rising.

Between January and the end of June 2019 imports of red meat and poultry, including offals, increased by almost 550,000t to total 2.6m tonnes, according to official Chinese data.

Of the alternatives, beef recorded the largest increase in exports, of over 240,000t to total just under 700,000t.

A report by AHDB Beef and Lamb suggests that the increase in supply has been drawn from just a handful of global beef and lamb exporting countries: Australia, Argentina, Brazil, New Zealand and Uruguay.

“Looking at the top five exporters of beef and lamb to China, it is noticeable to see that a few countries are becoming increasingly reliant on the Chinese market,” said AHDB analyst Tom Forshaw.

For Argentina, 71% of total beef and sheepmeat exports are now destined for China, while Uruguay exports 62% into the country.

Mr Forshaw raised a concern that as beef production is relatively slow to expand and contract, any decrease in demand from China, if the ASF crisis waned, could quickly lead to increased supplies on the global market.

“The global beef market could eventually experience some pressure on it, once the Chinese market recovers from ASF and is back in line with normal production,” he warned.

Meanwhile, Brazil is also expanding production, but it has a more diversified portfolio than the other two South American producers and is therefore potentially more resilient, Mr Forshaw suggested.

Brazil is almost the sole supplier of poultrymeat to China, exporting around 250,000t in the first half of the year. Once this is taken into account, Brazil is the largest supplier of red meat and poultry protein as a whole.

For sheepmeat, China meets almost all it needs from Australia and New Zealand.

“The market is potentially a little more stable for sheepmeat, as the increases recorded are more in line with the historic trend,” Mr Forshaw explained.

On top of this, there is generally a short supply situation in both Australia and New Zealand, which will continue to add price support going forward, he concluded.