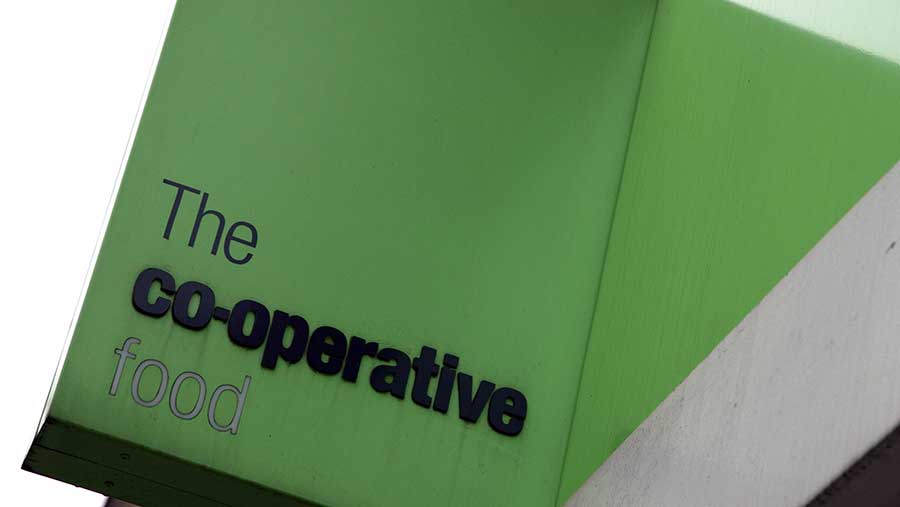 The Co-op supermarket has fulfilled its promise to switch to 100% British for all of its fresh meat, dropping supplies of New Zealand lamb and Danish bacon in the process.

The move has been applauded by farm leaders who are urging other retailers to increase their commitment to British food.

The retailer has also decided it will only use British meat in all its own-label chilled ready meals, pies and sandwiches.

NFU Scotland food-chain policy manager Lindsey Macdonald said the move sent a clear message to other supermarkets on what was achievable when it came to genuinely supporting the nation’s farmers.

“For that commitment to also extend into its own-label range of processed foods like pies and sausages as well as chilled ready meals and sandwiches is an unparalleled level of support,” she said.

The NFU agreed the Co-op should be applauded for meeting the commitment it first made in September 2016.

It was good news for shoppers who consistently said they wanted to see more British food on the supermarket shelves, it said.

It also provided an opportunity for the country’s sheep industry by extending its commitment to British lamb into sandwiches and its ready-meal lines.

Zoe Davies, chief executive of the National Pig Association, said about half of the pork consumed in the UK was imported.

“Fluctuating currency markets and imports which are cheaper because of lower welfare standards can significantly impact the cost of home produced pork, making it harder for farmers to make a living,” she said.

“We call on more retailers and food providers to back British and either source more UK pork or follow the Co-op’s lead and go 100% British.”

Research by the Co-op suggests that meat imports into the UK have doubled over the past 20 years.

Since 1996, the value of meat coming to the UK from the EU and other countries has increased from £3bn to £6.2bn.

The chairman of the House of Commons’ environment, food and rural affairs select committee has written to the chief executive of the British Retail Consortium to ask about supermarkets’ commitment to British lamb prices and availability.

Neil Parish MP said concerns had been raised with the committee about a number of supermarkets relying on imported lamb.

He demanded assurances “that UK retailers are supporting and promoting British lamb with consumers and ensuring that British lamb products are not undercut by cheaper imported products or promotions”.