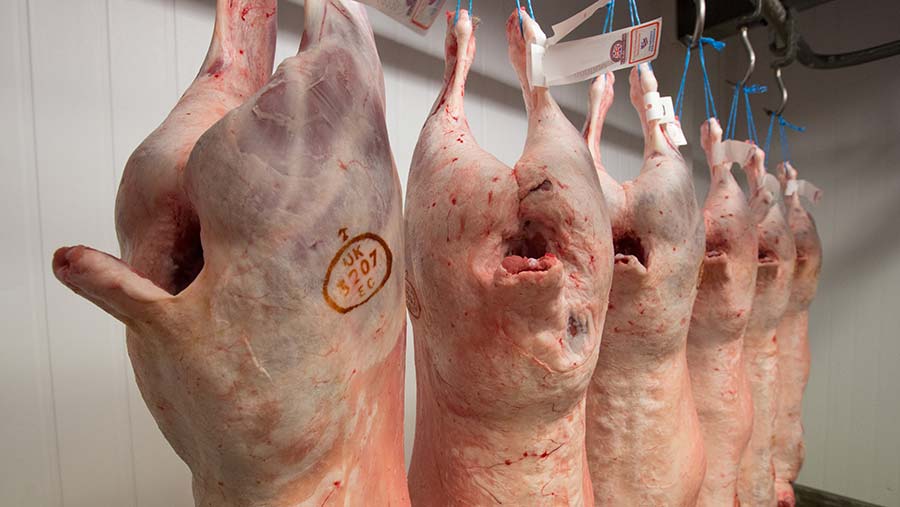 Brexit will cost the UK meat sector up to £120m/year in extra vet and administration charges alone, a British Meat Processors Association (BMPA) report has warned.

The BMPA’s Brexit Impact Report called on the government to appreciate the difficulties being encountered throughout the meat supply chain.

It questioned the government’s assertion that the UK was only experiencing Brexit teething problems.

While paperwork mistakes had been made on both sides in the early days, a more concerning long-term picture was starting to unfold, the report said. The systemic problems pose a bigger challenge – for example, a 60-100% increase in certification costs for each export consignment. The new procedure, which includes additional customs charges and  and extra vet inspections, will add £90m-£120m/year and is here to stay.

However, the actual figure will be higher still, said the BMPA, because this does not take into account increased freight insurance costs, administration time, labour and haulage charges

For some UK companies, these costs will mean the loss of EU customers and resulting staff cutbacks, the BMPA warned.

The lost markets could sound the death knell for some UK companies, because exporting further afield was not an alternative, it added. Many companies sell chilled, short shelf-life products that are only suitable for export to our near neighbours in the EU.

The report raised further concern over the government’s open-door policy for food, saying it represented a worrying lapse in terms of food safety, food fraud and diseases such as African swine fever.

“Without the delays and inspection, EU food imports are cheaper and undermining British prices,” said the BMPA.

As well as painting a bleak picture, the report suggested approaches that could improve the Brexit situation.

It said the small group of private vets that carry out checks were a scarce resource. Some smaller companies had found themselves unable to compete in an emerging bidding war for vet inspection services.

The BMPA recommended that inspection numbers should be bolstered by trained government staff in a similar system to that already used in Germany, Netherlands and Denmark.

The newly imposed system has gone back to paper and ink signatures, reminiscent of the 1970s, the BMPA said.

Multiple paper copies stamped, and the requirement for a fully trained veterinary inspector to oversee the system, was causing delays.

European health certificates (EHCs) are required for export consignments, but numbers issued have fallen from 1,000/day to just 250/day. The BMPA said this should be remedied by government intervention and discussion with EU counterparts to set up an electronic system

Animal health rules in the UK are as stringent as those before 1 January and align with EU standards.

However, this premise has been ignored since Brexit forced the UK to jump through hoops like any other third country, the BMPA said.

The organisation urged the government to support a similar approach to that adopted by the EU and Switzerland.

The two authorities have agreed to a common veterinary area principle, allowing EHCs and checks to be ditched. It recognises that Swiss health measures are aligned with those in the EU and that changes made by Brussels are adopted by both sides.