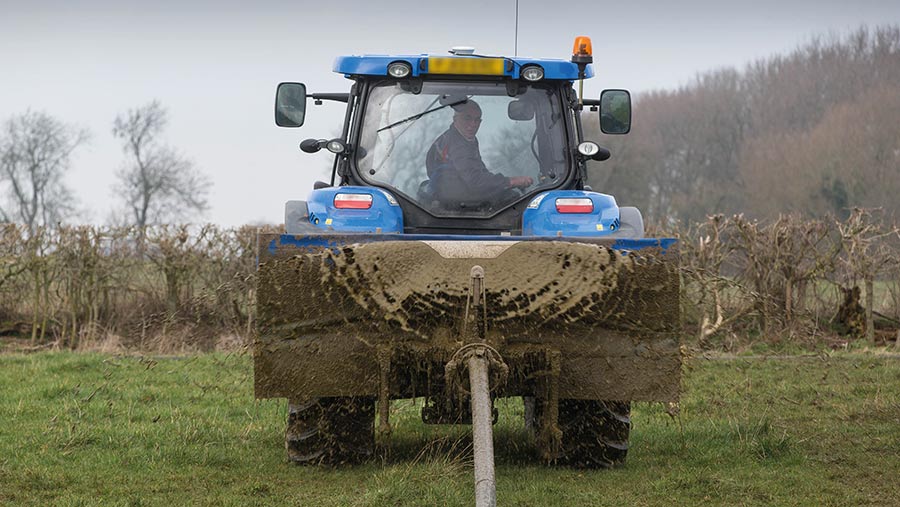 The High Court has given NFU Cymru the green light to challenge the Welsh government’s new rules aimed at controlling agricultural pollution.

The union said it had been granted permission for a judicial review of the government’s decision to introduce the new Water Resources (Control of Agricultural Pollution) (Wales) Regulations 2021.

Earlier this year, NFU Cymru set out its position that the Welsh government had “acted unlawfully” in failing to consider all relevant information when undertaking its regulatory impact assessment prior to the introduction of the regulations.

The union also challenged the Welsh government’s failure to include in the regulations a derogation from the applicable nitrogen limit for farmers with 80% or more grassland.

A grassland derogation was included in the Welsh government’s draft water resources regulations published in 2020, but it was omitted without explanation from the regulations before they were laid in front of the Senedd earlier this year.

NFU Cymru president John Davies said: “We are pleased to hear that the High Court has accepted our application for permission for judicial review and that the issues we have raised amount to arguable grounds which merit consideration at a substantive hearing.

“Reaching this point is testament to the hard work and expertise of NFU Cymru staff, the union’s in-house legal team, our legal panel firm JCP, counsel at Essex Court Chambers and the NFU’s legal assistance scheme.”

He added: “NFU Cymru does not take this action lightly, but has done so on behalf of union members, farmers and rural businesses across Wales.

“Work will now be undertaken in line with court directions to prepare for the substantive hearing and we are not able to comment further on the case at this time.”

The new all-Wales nitrate vulnerable zone (NVZ) regulations came into force across the whole of Wales on 1 April. They will be phased in over three-and-a-half years.

The regulations effectively make the whole of Wales an environmental “at-risk” zone, which limits the use of slurry and fertiliser applications on farmland to tackle river pollution. The majority of incidents stem from run-off into watercourses of agricultural sources such as chemical fertilisers, slurry and manure.

Both NFU Cymru and the Farmers’ Union of Wales (FUW) had advocated a voluntary approach to improve water quality.

Welsh rural affairs secretary Lesley Griffiths has previously defended the decision to introduce a whole-country approach to tackling nitrate pollution, because “we are seeing far too many agricultural pollution incidents”.

But NFU Cymru and FUW have warned that the decision will make many small family farms unviable. The government’s own assessments suggest that the cost to farmers could be anything from £109m to of £360m.

Farms will have to comply with new rules on slurry spreading and upgrade facilities to ensure they can store slurry for at least five months of the year.