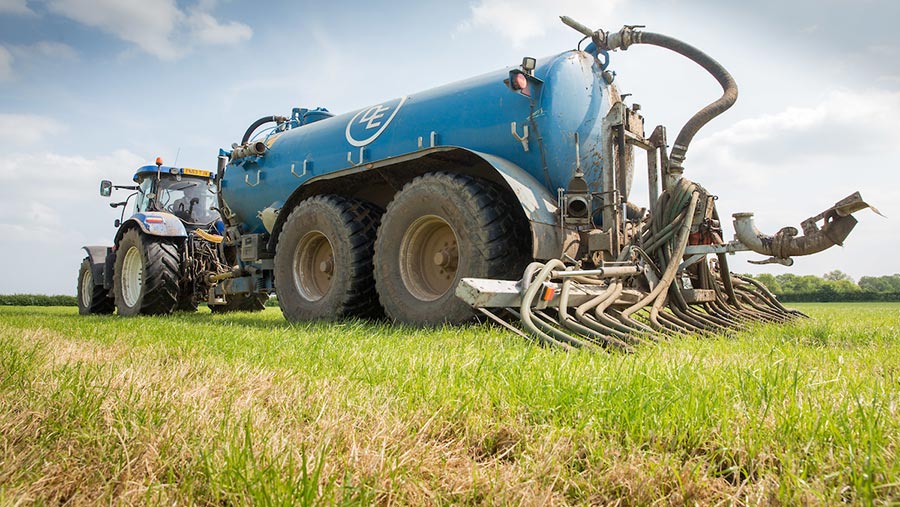 The lawfulness of the Welsh government’s decision to introduce all-Wales nitrate controls is being challenged just hours before the proposals are due to be ratified today (Wednesday).

In an 11th-hour bid to halt the proposals, solicitors acting for NFU Cymru have written to the government questioning the lawfulness of its plan to make the whole of Wales a nitrate vulnerable zone (NVZ) from 1 April.

JCP Solicitors have called the Regulatory Impact Assessment (RIA) – a document published alongside the new regulations – inadequate and have also called into question the omission of the grassland derogation outlined in earlier draft regulations.

NFU Cymru said it would consider launching a legal challenge unless the Labour-led government can demonstrate that the introduction of the regulations would be lawful.

There has been a huge outpouring of anger from farmers to the NVZ plan.

Members of Senedd have received more than 10,000 emails from concerned farmers and those working in the allied industries.

The Farmers’ Union of Wales (FUW) believes it would force tenants, young farmers, new entrants and family farms out of business.

FUW Milk and Dairy Produce Committee chairman Dai Miles said the regulations would have massive financial and production impacts on dairy farms of all size and type.

For many family farms, it would mean the end of production due to the level of investment needed, he added.

Milk processors have also waded into the debate, including Glanbia Cheese, which processes about 300m litres of milk at its Llangefni factory.

Writing to Welsh rural affairs minister Lesley Griffiths, the company’s milk procurement manager, Dylan Jones, said that in a recent survey of farm suppliers, only 7% said that they were “very prepared” for the new rules.

“Having spoken to a number of our suppliers, they are obviously very concerned for the future of their businesses,” Mr Jones told the minister.

Although the company would, he added, be supportive of any “reasonable” policies aimed at improving the environment and reducing pollution, he described the current plan as “very heavy-handed and disproportionate”.

The company has worries around its security of milk supply in Wales should the regulations be introduced.

Janet Finch-Saunders, the Conservatives shadow minister for environment and rural affairs, said: “The Labour government’s own regulator – Natural Resources Wales – has warned that the proposed new water rules will have the perverse outcome of making water quality worse, which is an unacceptable situation in the fight against pollution.”