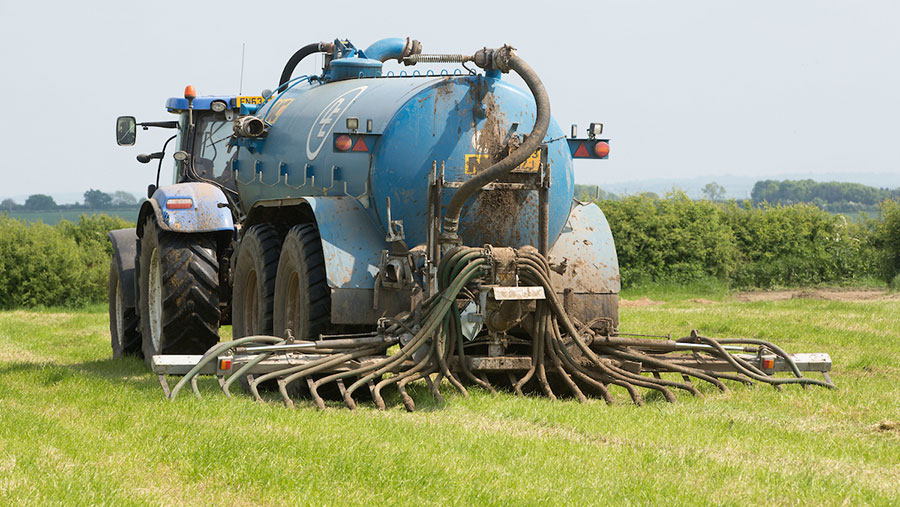 The Welsh Conservatives are stepping up their efforts to force the government in Wales to reverse a plan to create a pan-Wales nitrate vulnerable zone (NVZ).

Although the Welsh government’s motion to introduce the new regulations won’t be brought before the Senedd until 3 March, the Welsh Conservatives are debating the issue on Wednesday (24 February).

Janet Finch-Saunders, Member of the Senedd (MS) for Aberconwy, who will lead the debate, said it offered what she described as “a crucial rebuttal to the fallacy” that a Wales-wide NVZ is proportionate to the risks from agricultural pollution.

Although Mrs Finch-Saunders admitted some regulation was needed to prevent pollution from farming, she said a “cut and paste” from a 30-year-old EU Directive was not the way forward.

“Consequently, we are calling on the Welsh government to reverse the introduction of the Wales-wide nitrate vulnerable zone, and for it to bring forward proposals to tackle pollution in Wales,” she said.

“So, why has the Welsh government decided to curtail farmers’ freedom to farm?’’ she asked.

In the meantime, NFU Cymru is urging its members who are opposed to the regulations to write to their MS ahead of the 3 March debate.

NFU Cymru president John Davies said the union was urging every MS to vote to annul what he described as “damaging measures”.

“An annulling of the motion would then allow us to start afresh and work again with government to introduce a proportionate, evidence-based regime incorporating regulation, advice and guidance and support for investment in infrastructure to tackle improvements in water quality in Wales where they are needed,” said Mr Davies.