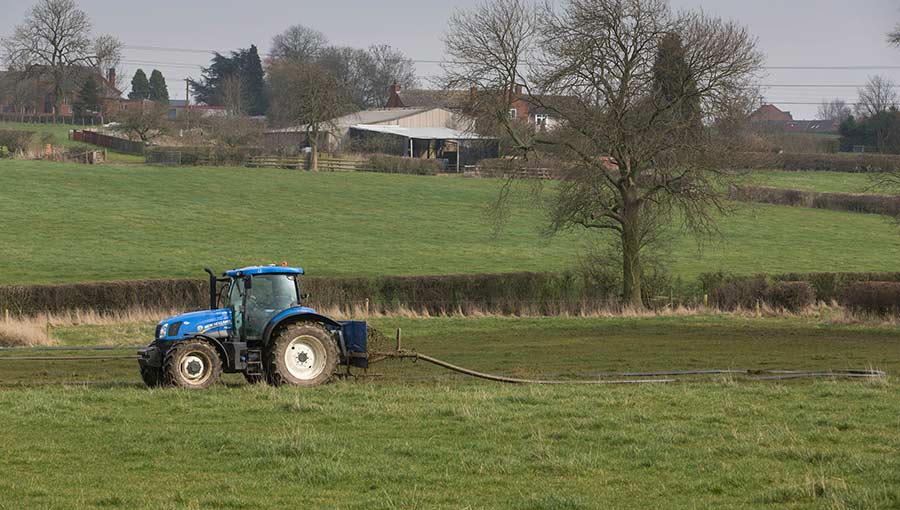 Plans to ramp up slurry spreading controls in Northern Ireland have been put forward that could slash slurry application rates in some months of the year.

The Department for Agriculture, Environment and Rural Affairs (Daera) has published a consultation paper that makes a series of recommendations for the period 2019 to 2022.

The recommendations are focused on reducing losses of phosphorus, which is major cause of poor water quality in Northern Ireland, while also reducing ammonia emissions.

One of the proposals is to make it compulsory in certain circumstances for slurry to be applied using low-emission equipment, such as a trailing shoe, dribble bar or by soil injection.

Such a move would require major investment from the farming community over the next three years, although low-emission application does bring agronomic benefits.

The closed period is one of the most controversial aspects of the Nitrate Action Programme, with farmers unhappy that it forces them to farm by calendar date, rather than by using their common sense.

The consultation suggests the closed period for spreading slurry would remain unchanged at 15 October-31 January.

However, it says the maximum application rate of slurry should be reduced from 50cu m/ha to 30cu m/ha when applying it in either February or October.

There would also be an increase in the buffer zone in those two months, from 10m to 15m for any waterways and from 20m to 30m for lakes.

The Ulster Farmers Union is expected to publish its response to the proposals later this week.