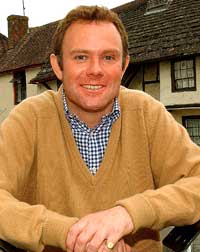 Eating less meat will not have an effect on the environment or food security, shadow DEFRA secretary Nick Herbert has claimed.

Speaking at a fringe event on food security at the Conservative Party Conference at Manchester on Monday (5 October), Mr Herbert slammed “militant” vegetarians and environmental groups who claimed that eating less meat was the solution to the world’s food concerns.

“There’s a militant vegetarian response to food security, which says the world can’t feed itself, so we must stop eating animals,” he said.

“But animals can be reared sustainably and we need to work to find ways to accommodate the rise in demand. We need to be very cautious about these arguments.”

Mr Herbert said government should not tell consumers what to eat, nor should countries such as China and India be told they cannot adapt their diets to incorporate more meat products.

“Wild horses wouldn’t stop me from eating meat and we shouldn’t be telling people they can’t eat it either,” Mr Herbert said.

“The issue is about developing the capacity and the technology to deal with climate change without leaping to the conclusion that we have to stop having meat because I don’t agree with that.”

Mr Herbert’s comments came as a number of reports claimed meat consumption should be slashed to cut global emissions.

Among those was Paul McCartney’s Meat Free Mondays campaign and Compassion in World Farming’s Feeding the World report which blamed meat production for wasting resources.


For more on the Conservatives read In The Hot Seat with Tory shadow DEFRA minister Jim Paice.