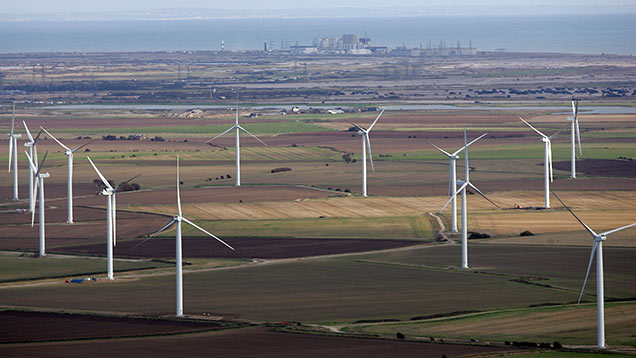 A group of backbench MPs is stepping up its fight to have subsidies for new onshore wind farms abolished.

The group, led by Northamptonshire MP Peter Bone, has tabled a Private Members’ Bill that is scheduled for debate in the House of Commons on today (6 March).

The Wind Farm Subsidies (Abolition) Bill demands an end to all government subsidies for onshore wind developments in England and Wales.

“No payment shall be made by any government department or agency:

The Conservatives have already pledged not to subsidise new onshore turbines if they win the general election.

Speaking in December last year, prime minister David Cameron said that people were “fed up” with onshore wind farms being built and added “enough is enough”.

But there is opposition within the coalition government ranks.

During a previous debate, Liberal Democrat energy secretary Ed Davey said: “Putting the brakes on onshore wind would be disastrous for business and jobs in our growing green economy.”

Mr Davey backed up his argument with statistics from the Department of Energy and Climate Change (Decc), which showed that the technology is supported by 67% of the public.

“Onshore wind is a great British success story – it’s one of the most cost-effective technologies and enjoys consistently high levels of public support.

“So it’s disappointing to see an MP [Peter Bone] so far out of touch with public opinion,” Ms Grimes told Farmers Weekly.

“Wind can deliver large amounts of low-carbon power at ever lower costs – even cheaper than new nuclear,” she added.