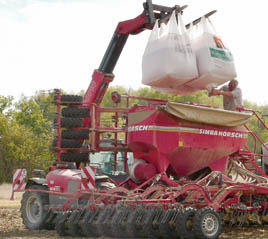 The Agricultural Inflation Index from buying group Anglia Farmers shows farm input costs rose by 8.4% in the six months to February 2011, exceeding both the UK Consumer Prices Index and Retail Prices Index inflation measures, which stand at 4% and 5.1% respectively. What’s more, the RPI for food was just 3.6% during the same period, with pasteurised milk showing no increase and potatoes a slight fall.

Anglia Farmers said the hike in “agflation” was driven primarily by increases in the cost of fertiliser, fuel and seed, although all costs recorded some increase (see table).

Production costs have gone up by more than 50% in the past five years, said Anglia Farmers chief executive Clarke Willis. “On top of this, we’ve experienced incredible volatility in the marketplace.”

The combinable crops sector recorded the largest increase in costs, although this has been offset by higher crop prices. Dairy and livestock sectors have been less fortunate and for many farm businesses, the higher costs are likely to outweigh any modest improvement in prices.

Quality Meat Scotland‘s head of economics Stuart Ashworth said that, with the exception of extreme hill systems, sheep production in Scotland had generally seen improvements in profitability over the past couple of years as tighter supplies have supported prices.

But in many cases, the margin was not enough to give a fair reward for labour and capital, and with rising costs, it would be increasingly difficult to hold onto any positive margin. Increases in retail meat prices also threatened to hit consumer demand, he told the NSA Scotland annual conference.

“In a globally declining market, there is an opportunity for some of our top producers to grow their flocks and do well out of the current situation, but these higher prices should not lull less efficient producers into a sense of complacency,” said Mr Ashworth.

“Producers have to take this opportunity to home in on their efficiency and ensure that they are well protected against future price movements.”

Red diesel prices averaged 62.7p/litre in January, up 2.67p/litre on December’s figure and 23% higher than a year ago, according to DairyCo’s new fuel price tracker.

“The increase in oil price has reflected the general trend of rising global commodity prices and high inflation rates. While at present global stocks continue to be well supplied, unrest in the Middle East is creating price pressure with the price of crude oil for April delivery at its highest since September 2008.” 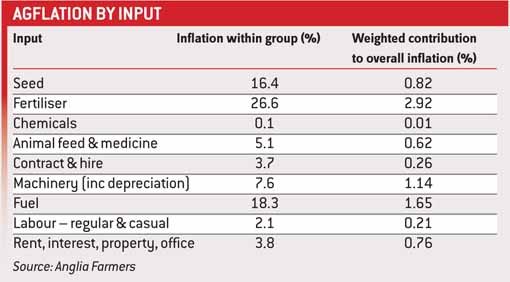