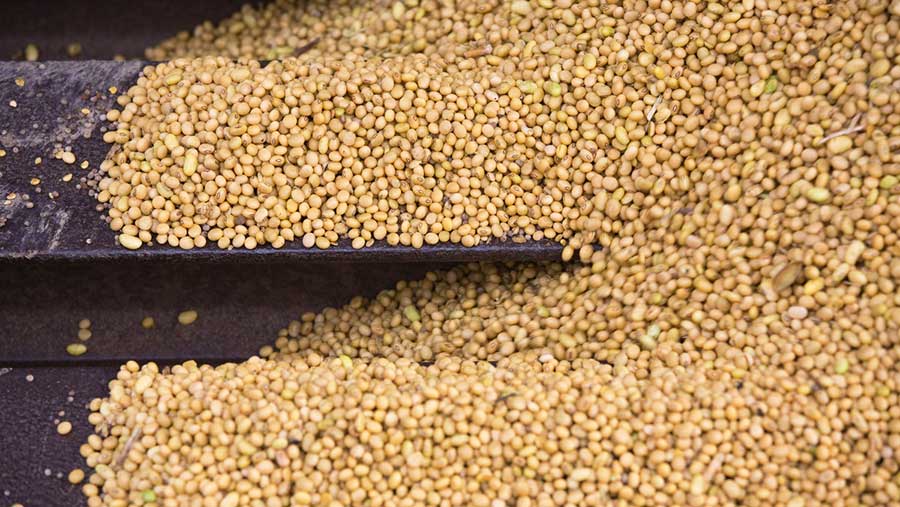 Farmers were unable to place orders for many key inputs today (24 June) as markets were disrupted by the fallout from the referendum result.

Fertiliser and seed terms were withdrawn early in the day, after some very keen new-season nitrogen prices had been offered early in the week.

Fuel prices were available but came through much more slowly than usual this morning, said traders.

At buying group FramFarmers, Laura Buckingham, head of the arable inputs team, said there was great uncertainty in all markets, although fierce competition in the agrochemicals market meant that this sector was less likely to be less disrupted than others, with a flat outlook for prices.

Orders for UK ammonium nitrate (AN) could still be placed this morning, said her colleague Annie Buckingham, seed and fertiliser manager at the group.

However, all other fertiliser business was closed and UK AN books were expected to close before the end of the day.

Seed books had also been closed until grain markets settled.

Feed markets were less restricted in terms of being able to do business but prices for US dollar-priced products rose. For example, soyameal, in an already very volatile market, had risen by up to £12/t by lunchtime Friday. This put bulk tipped material on to farm at about £348/t delivered spot or for winter.

“The moves are very much currency related. Business has not stalled but prices are live for a very short time and there is uncertainty in all markets,” said FramFarmers head of purchasing Tim Styles of feed markets.

A lower pound should bring advantages for grain and livestock exports and, if sustained, could also mean a higher BPS payment when the rate is set at the end of September.

Benjamin Bodart of arable market analyst CRM said that while the short term could bring a rise in commodity exports, the world was awash with wheat, with record yields reported in Russia and the US, more feed wheat in Europe and Ukraine and improving conditions in Canada and Australia.

“We anticipate an increase in volatility but bearish fundamentals are still present and undeniable.”

Bidwells’ Jonathan Armitage expected that the outcome of the vote would lead to reduced activity in the farmland sales and lettings markets and a reduced level of investment generally.

Apart from the immediate commodity price effects of the result, Will Gemmill, head of farming at Strutt & Parker, warned that longer-term issues needed to be kept in mind when making farm management decisions.

“Over the medium term there are crucial questions about the level of support UK farmers will be paid and the terms of any trade deals struck with the EU and the rest of the world.

There is also the issue of how to deal with global problems such as climate change, energy security and environmental protection.

“Until we have more answers, any farmers signing tenancy or Contract Farming Agreements would be wise to include a clause reserving the right to review the terms in view of any change in levels of support.

Michael Fiddes, S&P’s head of estate and farm agency, called on the UK government to reveal its intentions to farmers as quickly as it could.

“What markets hate more than anything is uncertainty and a vote to leave will inevitably create a great deal of uncertainty about the future of our agricultural policy as we move outside of the CAP.

“This is likely to have a negative effect on the UK land market at a time when prices are already under pressure because of falls in farming profitability.

Farmers remain the largest buyers of farmland in the UK, so any changes in income as a result of changes to the subsidy system will have an impact.

“It is essential that the UK government makes very clear, at an early stage, what their replacement farm policy will look like in order to enable farmers to plan with certainty.

Until we have greater clarity, buyers could be reluctant to invest, which will put downward pressure on the land market.”