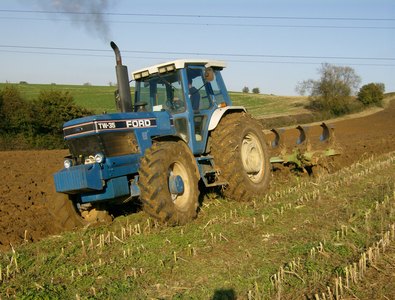 Women working full-time in agriculture, forestry and hunting experience greater pay equality than women working in other sectors, according to a recent study.

However, women in these sectors still earn less on average compared to their male colleagues.  In agriculture, forestry and hunting the pay gap is 11%, compared to 17% for women in all industries.

For those in part-time employment the story is worse.  Across all industries part-time women employees earn 36% less than men, on average.

The survey was performed by the National Audit Office and is being highlighted by the Fawcett Society, a campaign group, and UNISON, a trade union group.

The two organisations are seeking to highlight the inequality by declaring Tuesday, 30 October Women’s No Pay Day.

Figures show that across all industries, the 17% gap between women and men is equivalent to men getting paid all year and women only being paid up to 30 October, and not for the remainder of the year.

As a result both organisations are calling on the Government to “stop stalling” and take urgent action to put an end to rip off-pay for women.

Katherine Rake, director of the Fawcett Society, said: “Every year women are being ripped off by the pay gap and at the current painfully slow rate of progress the pay gap will not be closed in our lifetimes. It’s high time for the Government to take the strong action needed to stop women being ripped-off.’’

Dave Prentis, general secretary of UNISON, said: “Two-thirds of UNISON members are women and we have campaigned long and hard to get equal pay. But, equal pay is not just a wish list of the trade unions; it is the law of the land.

“Thirty years on, the Equal Pay Act is still seen by many employers as a take-it-or-leave-it bit of legislation – this cannot go on.  The law must be implemented robustly across the UK and the Government must do its bit to fund equal pay for the public services”.