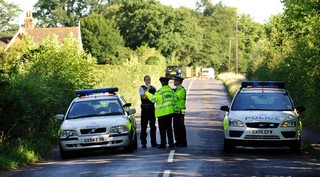 Following additional culling yesterday of animals defined as dangerous contacts to the infected premises, movements of livestock are still restricted.

Overall, all livestock movements are banned across GB, meaning no animals can leave their current location for any reason, apart from cows crossing roads for milking or animals being moved for urgent vet treatment.

Movements within farm boundaries are allowed, provided animals do not have to move along or across public highways or other byways.

Looking forward, it is hoped that movements to slaughter will begin to take place again in the mid to latter part of this week, reckoned NSA chief executive Peter Morris. “There are some licensing and cleansing and disinfection issues to be agreed, but there should be more news later today.”

“Beyond that it is unclear what the next stage will be, hopefully, provided there are no further confirmed cases of foot-and-mouth, more general movements may be allowed within the next month. In theory it should be 28 days after the last case when movements return to a more normal pattern.”

One major issue facing farmers is the disposal of fallen stock, added Chris Dodds of the Livestock Auctioneers Association. “At the moment no fallen stock can leave farms in England and Wales, it’s pretty much a case of it laying where it falls. However, we hope interim arrangements will be announced in the near future to alleviate this.”

Scottish farmers, meanwhile have been granted a derogation to bury fallen stock on farm for the time being.

Commenting on the return of auctions, Mr Dodds said he hoped markets would be able to operate as soon as possible. “But it is a critical time of year for the sector, particularly those markets trading breeding sheep and there are few free dates available to re-schedule sales later in the year.”

Both Mr Morris and Mr Dodds were due to attend a meeting with DEFRA officials at 2pm today to discuss the next stage in allowing movements of susceptible livestock.