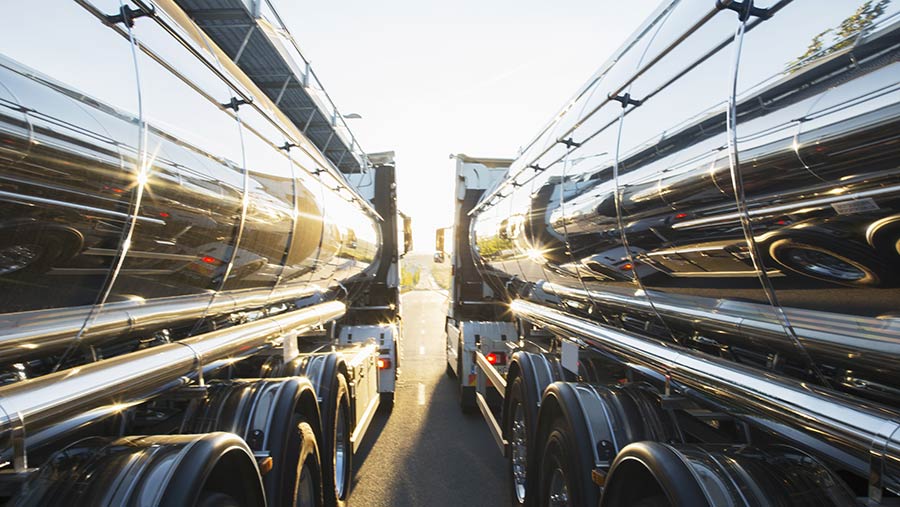 British dairy exports remained at drastically low levels in February in the wake of Brexit, according to figures published by the AHDB.

The figures, drawn from HMRC data, show trade with Europe down more than 90% for certain products compared with a year earlier.

AHDB analyst Charlie Reeve said that in February 2020 there were 76,500 tonnes of unprocessed milk shipped from the UK to Europe. But Brexit trade conditions meant this fell to just 131t in the same four weeks of 2021.

Despite the extreme lows Mr Reeve said these figures were a marginal improvement on January 2021, immediately after the UK left the EU.

However, buttermilk and yoghurt, which saw the biggest year-on-year drop, slumped further during February to 91% below last year or about 10,000t less product shipped.

AHDB head of market specialists Chris Gooderham explained that February’s market, like January’s, was hit by the increased time and costs associated with new export rules.

With perishable products such as dairy, the time delays caused by extra checks and paperwork meant some buyers and sellers were reluctant to commit to the export market, further reducing trade.

Another major block was the EU Rules of Origin legislation. This sets a cap on how much of an EU product can be made up of ingredients imported from third countries such as the UK.

Looking ahead, he said the only slightly better export levels in February compared with January, suggest things would not improve quickly.

While trade friction should lessen as new processes bedded down, the extra costs would not disappear, Mr Gooderham said.

It was also too early to predict how issues around rules of origin would be resolved in the longer term, he added.