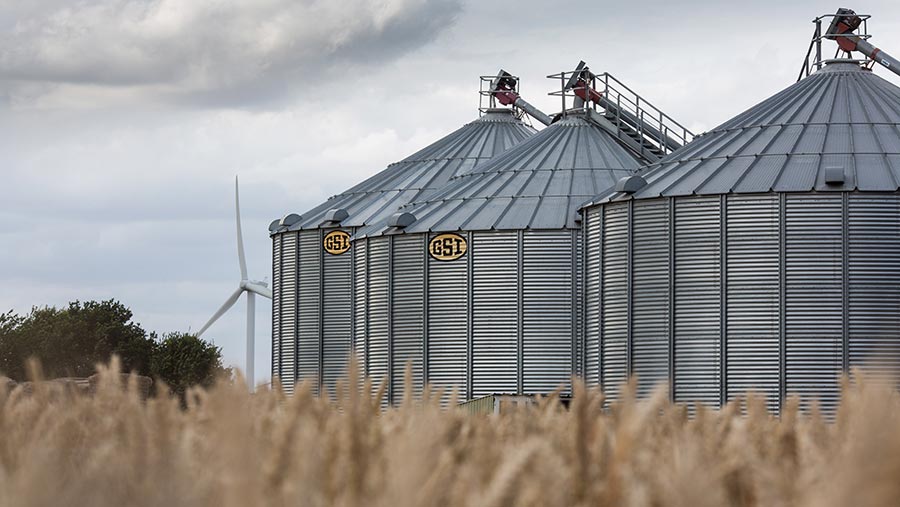 Traders say it is impossible to sell grain for export to the EU after October unless the seller takes the risk of an export tax resulting from a no-deal exit.

Even before the 31 October deadline for leaving the EU, there is almost no wheat export business on the books and stiff competition all round.

GrainCo managing director Gary Bright said: “I would say the UK is currently pretty unpopular in Europe now so unless we are cheaper than everyone else or you have something no one else has, we are last on anyone`s shopping list.”

Barley is doing better, with trade estimates of up to 250,000t of business booked, going mainly to Spain and Portugal. Traders say that some of this business has been accelerated by the 31 October deadline.

See also: A guide to the new buildings allowance

With spot feed wheat prices a good £25/t lower than in March and April, farmers have recently been reluctant sellers. However, the weak pound was making export prices relatively attractive, Mr Bright said.

“With £150/t still available for some time this marketing year, why wouldn’t you sell a good portion of your crop?” he said, pointing out, like many other traders, that better-than-expected yields were in many cases more than making up for the lower prices.

Traders also say that grain market fundamentals, rather than Brexit fears, should lead growers to their marketing decisions.

The UK looks likely to produce at least 1m tonnes more wheat than last season, so the need to export will be greater in a year when there is fierce competition.

Those exports need to be of good quality wheat to be competitive, as the UK is unlikely to be able to price itself into feed wheat markets, exporters say.

If the UK leaves the EU with no deal, North African markets will become the most likely destination for wheat exports, while there could be some barley trade to Tunisia and Saudi Arabia, although for the latter, only very large cargoes are viable.

The lamb and beef sectors saw trade dry up in the close run up to the original 31 March exit deadline, until an extension was announced, and the same is expected as 31 October approaches.