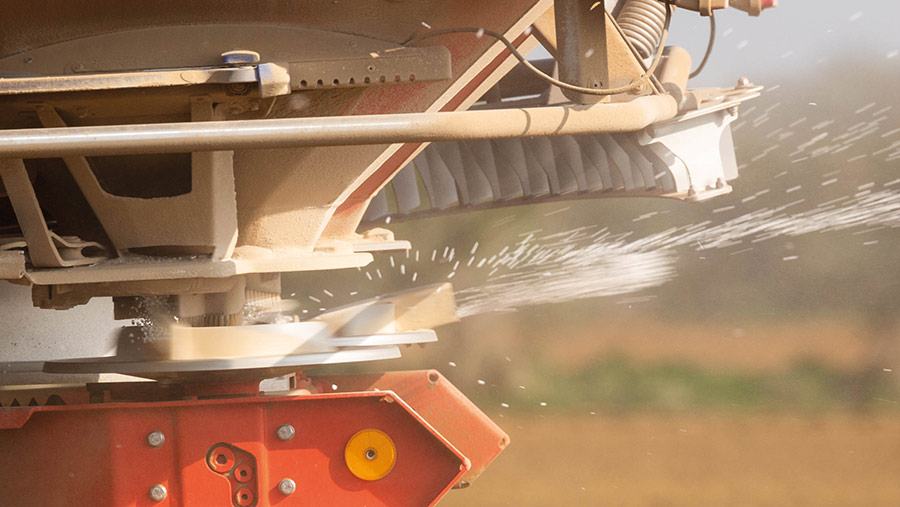 The new-season nitrogen market has opened at far higher levels than farmers had hoped, with little change in price between the end of the old season and the new levels announced this week.

June and July deliveries of UK-manufactured ammonium nitrate (AN) were quoted midweek at £274-£280/t delivered to farm for full loads on 28-day payment terms. In some regions, interest-free deferred payment terms are reported.

This is £75-£80/t higher than last year’s very short-lived initial opening offer. The big hike in price is accounted for by strong global demand for fertiliser and high gas and other energy prices, alongside relatively tight stocks of most of the main agricultural commodities.

See also: Many farmers unaware of claims on lost footpaths

While the tonnage is not restricted, merchants generally expect the new terms will be withdrawn within days and that the next issue is likely to be at higher prices.

Some of the prices quoted at the lower end of the June-July range are at sellers’ option, so deliveries would have to be taken at a time nominated by the seller.

Prices in continental Europe are higher than UK levels, say merchants, which is probably why imported AN supplies are relatively tight here, with the commodity being drawn into more lucrative markets elsewhere.

Tight supply of imported AN

This has reduced the discount for imported AN, with Lithan at between £5/t and £14/t less than UK product, depending on location. Planned maintenance shutdowns are also likely to keep supply relatively tight over the summer, merchants suggested.

Strong global demand for urea has pushed prices up to £325-£350/t delivered for August, with the lower end of this range thought to be old stock, so this would be available for earlier deliveries. Overall, there are relatively few offers about and little take-up so far, though some merchants are quoting £340/t for urea delivered to farm as far out as October.

Traders put the low take-up down to the ongoing Defra review of urea use regulation, as well as the high price which compares with £220-£225/t a year ago.

The recent drop in wheat prices has done little to tempt farmer orders. However, merchants suggest that with a fundamentally firm outlook at this early stage in the season, taking some cover would be a prudent risk-management measure. They point out that in nine of the past 12 years, early ordering has been the right thing to do from a price perspective.

Phosphate prices continue to be firm on strong global demand, with the Indian government recently approving a budget to raise subsidy payments encouraging farmers to apply it.

Potash has moved little in recent weeks, but strong demand is keeping prices at the same levels. Traders fear that high prices will tempt some growers here to consider P and K holidays this autumn.