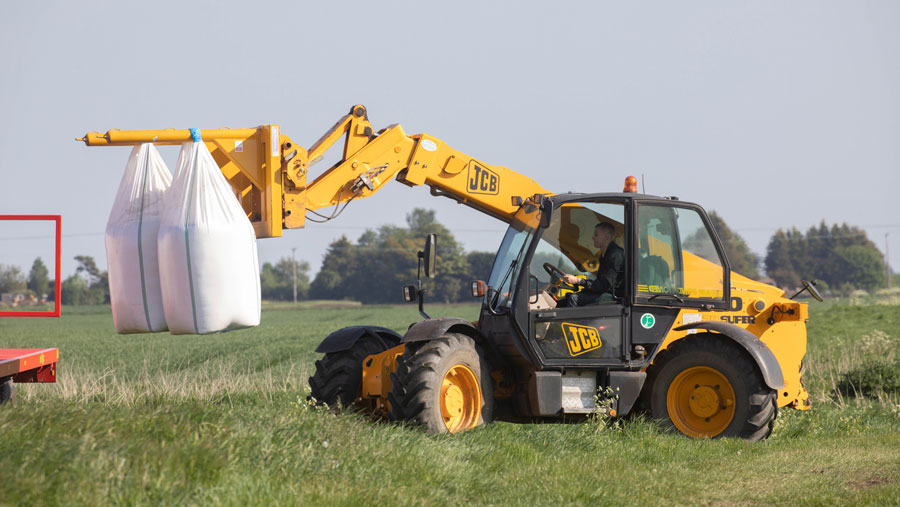 High input costs for farmers and an inadequate supply of carbon dioxide in the food production process will continue unless the government addresses the issues in the fertiliser market, the Environment, Food and Rural Affairs (Efra) committee has warned.

Chairman Sir Robert Goodwill has written to Defra secretary George Eustice outlining Efra’s concerns following the news that the UK’s only fertiliser manufacturer has decide not to reopen one of its two plants.

CF Fertilisers announced earlier this month that it would be permanently closing its production plant at Ince, Cheshire, stating it needed to restructure its operations to ensure a continued supply of fertiliser and carbon dioxide.

See also: Why a wheat grower is cutting inputs down to the bare bones

Its second plant in Billingham produces about 128,000t of ammonium nitrate (AN) each year, while Ince had produced 95,000t before it stopped production last September.

But the company insisted Billingham “has the capacity to produce enough AN to meet all forecasted domestic customer demand”.

Sir Robert said: “UK farmers have already seen significant price rises due to the impact of gas prices and the war in Ukraine.

“The decision to not reopen the CF plant lowers the likelihood of increased supply and in turn a lowering in the price of fertilisers. This means farmers are likely to continue to face high input costs which may contribute to rising food prices and reduced financial returns for farmers, many of whom already operate on very tight margins.

“There will also be an impact on the UK’s ability to produce carbon dioxide, which plays a critical role in the food supply chain. Uses include: being used in the packaging and transport of food to extend its shelf life; the promotion of plant growth; and to stun animals ahead of slaughter. Therefore, an inadequate supply of carbon dioxide would have animal welfare, food production and food security implications.”

Efra has asked Mr Eustice to set out the assurances he has received about the adequacy of fertiliser and carbon dioxide supply, and the work Defra has done to verify those assurances.

The committee has also asked Defra to provide further information about what solutions are being explored through the commitment in the government’s food strategy to develop plans to bolster resilience of critical inputs such as carbon dioxide and fertiliser, as well as a publication date for the specific long-term plan on carbon dioxide due this year.

Mr Eustice has been asked to respond by Thursday 7 July.

Production only resumed when the government provided support in the form of a multi-million-pound taxpayer subsidy to underwrite the cost of production at the Billingham site for an initial three-week period.

Following this, the Department for Business, Energy and Industrial Strategy facilitated an agreement to pay CF Fertilisers for carbon dioxide until January 2022, which enabled the company to continue operating while global gas prices remained high.

Since then fertiliser traders have been growing increasingly frustrated about the lack of information on UK AN supply, including when it would next be available, how much would be on offer, and at what price.

Prices peaked at more than £900/t in the spring and despite a significant drop have remained high, causing many farmers to decide against further fertilise purchases and application.

In June, CF Fertilisers announced plans to permanently close one of its production plans at Ince, Cheshire.

At the time, the NFU said the government and industry must build transparency into the fertiliser market to improve farmer confidence in decision-making and build resilience in the nation’s food security.

NFU deputy president Tom Bradshaw said a complete lack of transparency in the fertiliser market was leaving growers without enough information to inspire confidence in their input purchasing decisions.

The union called on suppliers to publish fertiliser prices immediately to help farm businesses plan for next year’s crop and asked the government and industry to produce a range of options to enable the Ince plant to reopen.