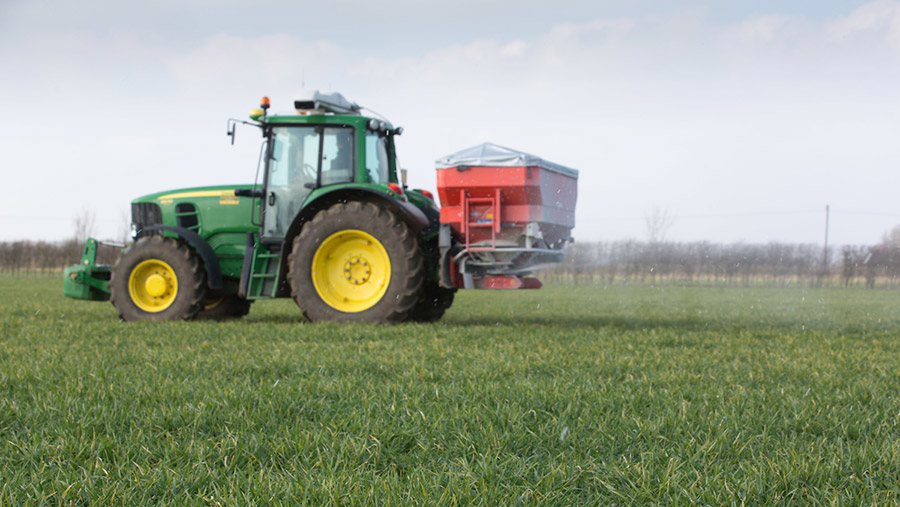 Spot demand has grown in the UK as drilling progresses at pace and the grassland sector starts to order.

Some arable ground that looked as if it would be fallowed has come back into the mix, in turn increasing demand.

While liquid supplies are generally only taking very few days, delivery for solid material is generally between five and 15 days from ordering, although lead times for P & K straights can be longer.

With Easter approaching, suppliers are warning that orders need to be received in good time.

UK manufactured ammonium nitrate (AN) is costing about £5/t more than it was in early March, putting it in a range from £232-£235/t for full loads with April delivery and a £2/t rise set for May.

New supplies are expected to land on the east coast shortly.

At £255-£263/t, urea prices have risen on the lower pound, although traders see little further short-term upside here, as demand will be stifled by any dry weather and any rise in temperatures because of the risk of volatilisation.

Fertiliser stocks in the UK are generally good and, so far, haulage is not the problem many were expecting it to be.

However, logistical issues, including the removal of some manufacturing capacity in Egypt by coronavirus-related staffing problems, have added to the upwards pressure.

Straights price ranges have widened, having risen anywhere between £15/t and £40/t in just four weeks, depending on product and region.

Much of the rise is demand based, say traders, and while lead times are the longest on these products in many cases, availability is generally not a problem.

Blends have risen largely on the back of more expensive P & K straights.