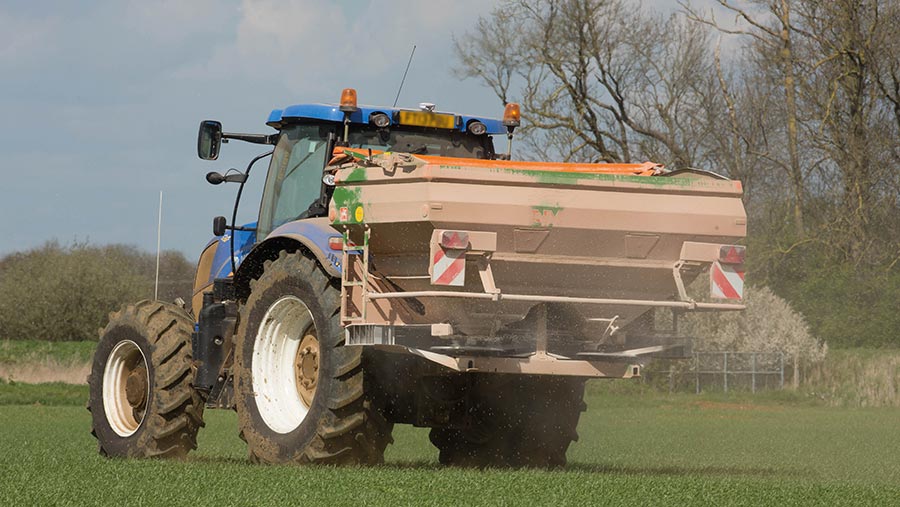 Fertiliser traders are growing increasingly frustrated about the lack of information on UK ammonium nitrate (AN) supply beyond the short term.

CF Fertilisers, currently manufacturing AN only at its Billingham plant, issued prices recently for February at £15/t above its previous level, which puts the product onto farm at £642-£655/t for full loads.

However, midweek, merchants were expecting this to be withdrawn imminently and had no indication of what was to come after that.

The manufacturer closed the plant briefly in September as a result of high gas prices. The closure prompted a carbon dioxide supply crisis (carbon dioxide is a by-product of ammonium production) in which the government intervened to provide a three-week subsidy to allow production to continue.

Following this, the Department for Business, Energy and Industrial Strategy (BEIS) facilitated an agreement in October between CF and its carbon dioxide customers, whereby they agreed to pay CF Fertilisers a price for carbon dioxide until this month. That enabled the company to continue operating while global gas prices remained high.

While gas prices have reduced recently, they remain three to four times higher than year-ago levels.

Farmers Weekly contacted BEIS to find out whether it was involved in any further facilitation or negotiation between CF and its customers, but the department would not comment on this.

Traders said if CF withdrew its offer, the price of imported AN would jump by up to £30/t, reflecting higher prices in continental Europe.

With the high gas price and other issues having taken up to 2m tonnes out of production, supply of imported material is still tight and it is currently priced at between £635/t and £645/t delivered, having had to drop significantly when CF released its most recent price.

Global urea prices have fluctuated recently despite high demand, and product was being offered onto farm at £750-£765/t this week, with supply reasonable.

However, with a large proportion of the arable market accounted for, importers are reluctant to commit to further cargoes as the spring approaches because of the price risk.

While the bulk of spring nitrogen requirements have been ordered in arable regions, the past week has seen some inquiries for surprisingly large AN orders, said traders.

They warn that the haulage situation has not improved and that, in another three weeks or so, things will get tighter as pressure for spring movement of inputs increases.

Diammonium phosphate remains at elevated levels, quoted midweek at £795/t on farm for January, with some traders looking for another £5/t for February.