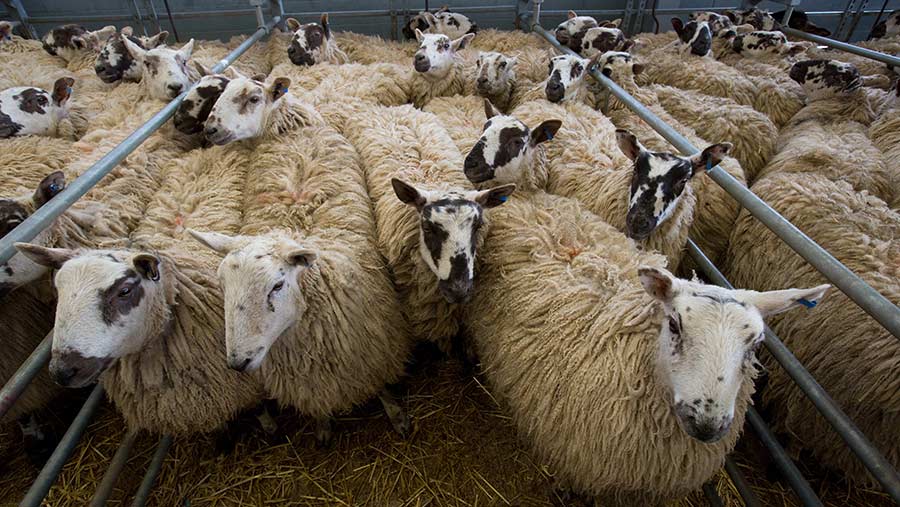 Income for farmers with fat lambs left to sell has sharply increased after liveweight prices leapt above the previous week.

Deadweight prices have also risen, with farmers reporting that ABP was paying a base price of 495p/kg as of 5 February, while Dunbia Llanybydder had published a price of 475p/kg for British lamb and 480p/kg for Welsh lamb this week.

Auctioneers at Welshpool Livestock Market reported on Monday that a sale of 3,483 old-season lambs averaged 231p/kg, with the biggest price rise on the week for heavy animals, which climbed more than 15p/kg.

The latest increases build on a strong start to the year for lamb prices after they opened at the highest price for more than 10 years and now stand in some markets at close to 50p/kg higher than a year ago.

The values will be a relief to specialist store lamb buyers who paid very high prices in the autumn for unfinished animals in the expectation that this pinch point would occur.

Buyers have felt compelled to fiercely compete for dwindling supplies of the 2019 lamb crop after imports from the southern hemisphere dropped and reports indicated that fewer than average were left on farm in the UK.

However, AHDB reported that throughputs were up on the year at the end of January.

Store lambs are continuing to trade in small numbers, with reports that some are now selling in excess of £100/head.