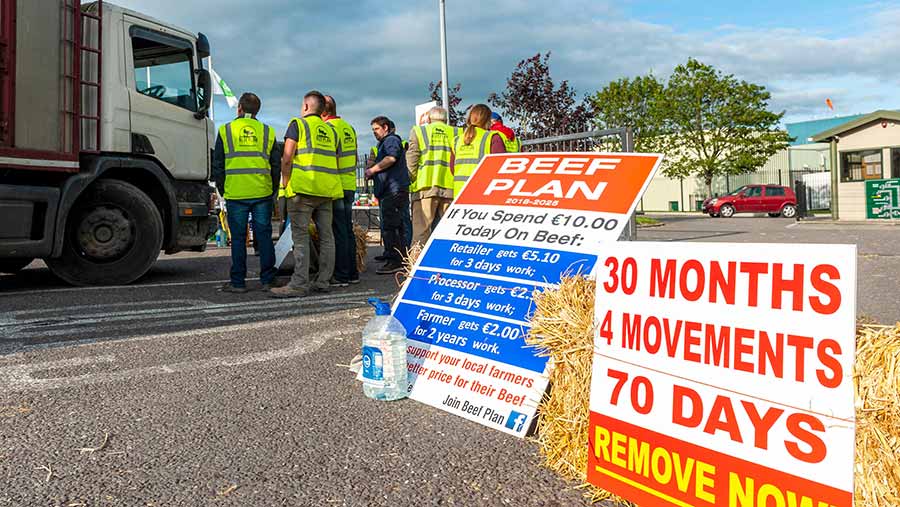 Hundreds of Irish farmers are picketing at more than 20 meat processing plants across the country in a bid to get a better price for their beef.

The protests, which are being led by the Beef Plan Movement group, are now entering their second week, with farmers demanding a price that offers them a margin over the cost of production.

Farmers in Ireland have been suffering heavy losses since last autumn, as a result of a decline in the value of sterling and market disturbance arising from Brexit uncertainty. 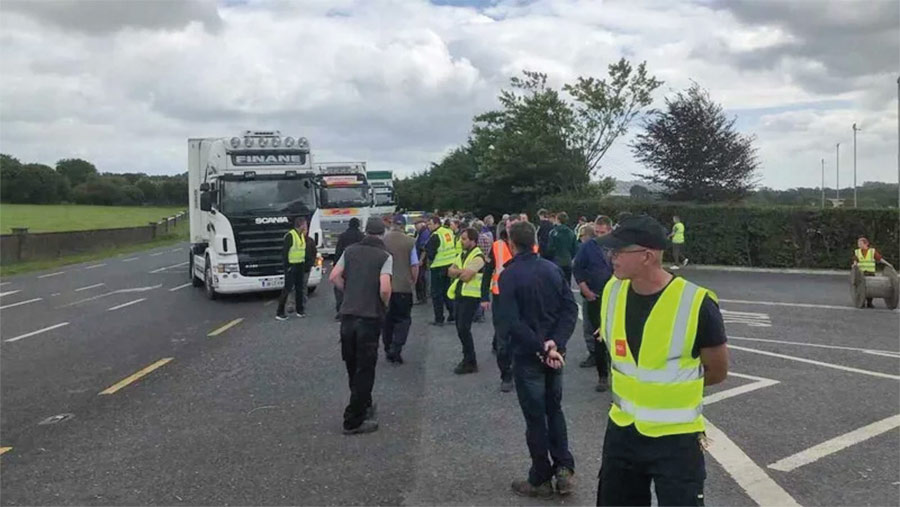 In May, the European Commission announced a €100m (£86m) aid package for the Irish beef sector to offset some of these losses.

But the Beef Plan group argues that for every €10 (£9.20) currently spent on beef, the farmer only receive €2 (£1.84), and there needs to be action by processors to get prices to a more sustainable level.

Companies that have been targeted by the protesters include ABP, Dawn Meats, Liffey Meats and Kepak.

Ireland’s minister for agriculture, Michael Creed, who is under pressure to intervene in the crisis, has indicated he is not legally able to get involved in determining what the price should be for beef.

Meat Industry Ireland, which represents meat processors, has said it will engage in discussions with protesters, but only once the pickets have been called off.

The Irish Farmers Association (IFA) also organised a separate protest outside the the EU Veterinary Office in County Meath last week (31 July), campaigning against the importation of substandard beef from Brazil, which farmers argue is compounding the problems they face.

The IFA has said it is concentrating its efforts on lobbying the EU institutions and the Irish government for assistance.

For example, it is seeking an immediate ban on all substandard South American beef imports, a fund to compensate farmers who have sold cattle at a loss since mid-May, an EU campaign to promote environmentally sustainable EU beef production and a €1bn (£918m) Brexit fund of market supports and direct aid for farmers.

Commenting on the factory protests, IFA president Joe Healy said: “As individuals, IFA members are free to make their own decisions regarding the current factory protests or to withhold their cattle and sheep.

“However, farmers who need to sell their cattle or sheep should be allowed to do so.”