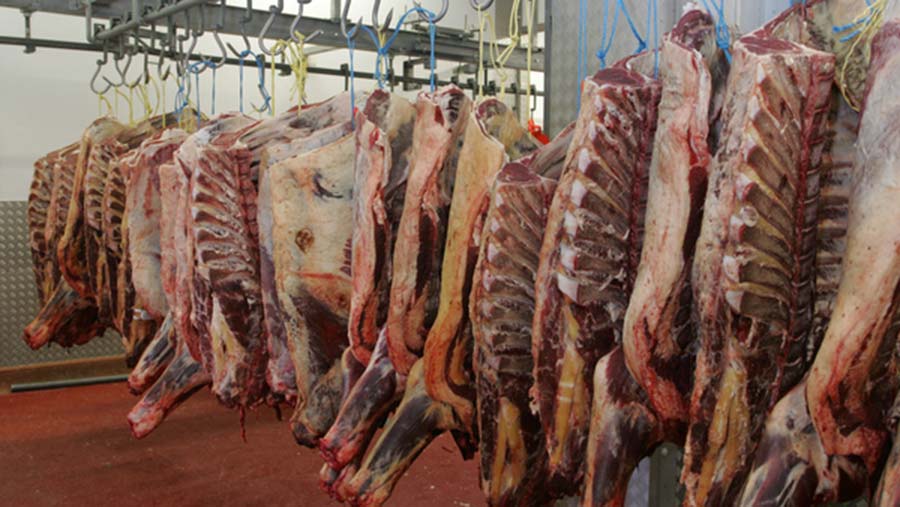 Picketing farmers in Ireland will be given the opportunity to have their say in the beef price negotiations between farming groups and meat processors.

Another round of talks took part over the weekend (14-15 September) between seven farm organisations, including the Beef Plan Movement Group, the Irish Farmers Association and Meat Industry Ireland.

At the conclusion of the talks, which covered adapting the criteria for in-spec bonuses and residency rules, it was reported that all parties had reached an agreement.

However, the Independent Farmers of Ireland (IFI) subsequently announced it had not accepted or rejected the proposals because its representatives did not have the power to make the final decision.

Instead the group, which was set up to represent farmers at the factory gates, would present the talks’ summary document to its members and allow them to have their say.

Meanwhile, the protests outside meat-processing factories are entering their seventh week.

Meat Industry Ireland (MII) has expressed its dismay that blockades remain in place at factory gates across the country.

A spokesman for the meat processor representative said: “This is the third week in a row that Irish beef farmers are unable to have their cattle processed and the Irish beef industry has been unable to serve its customers.

“The protests are causing irreparable damage to a sector that is worth €2.5bn [£2.2bn] in exports and, in normal times, employs more than 10,000 people.”

The blockades have resulted in thousands of staff layoffs, according to MII, and customers are going elsewhere in Europe for their beef.

The approved document states that blockades and protests should be removed immediately and all legal proceedings against farm organisations or individuals be withdrawn.

Any further disputes that arise should, in the first instance, be brought before the Beef Market Task Force (yet to be established).