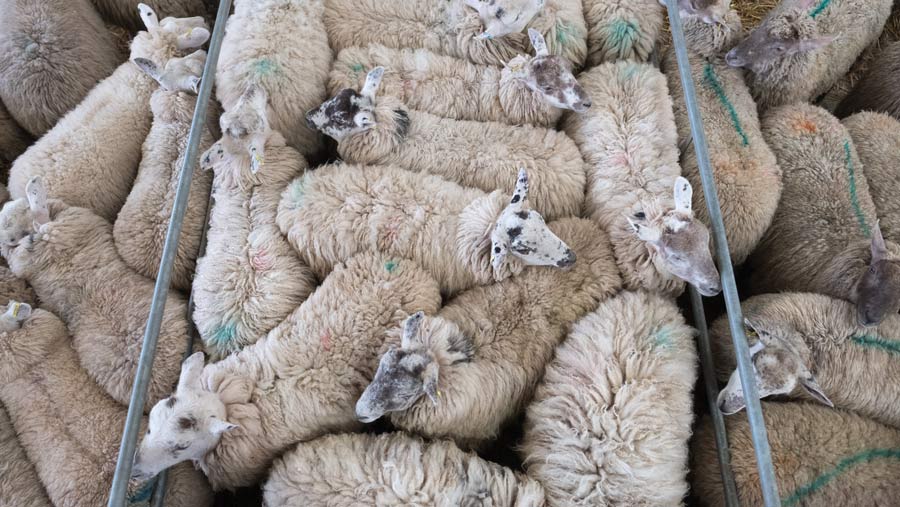 Finished lamb prices are holding steady with the SQQ well above 200p/kg liveweight.

The week ending 1 January saw an SQQ average of 208p/kg, down a little on the previous week but still up on the same week of last year.

During the previous week (ending 25 December), the SQQ price rose almost 16p to finish at 212p/kg.

Lamb prices got some support from the EU withdrawal agreement being passed, continuing the current EU trading relationship until 31 December 2020.

See also: Small abattoirs – how farmers are fighting for their future

With numbers down by more than 50% compared with the previous week, the SQQ deadweight price in the week to 28 December rose 8.2p/kg to average 438p/kg for 26,132 head.

Finished lamb numbers are likely to be tight during January, reflecting the wet conditions so far this winter, said AHDB Beef and Lamb.

In Derbyshire, Bakewell’s first market of the new year saw 647 lambs average 208.91p/kg, about 5p/kg up on the previous week which had also seen strong demand for more than double the number of lambs offered.

All shapes and sizes were in strong demand, said the auctioneers, with a top price of £120 a head and 254p/kg, and the top eight pens all making more than £110 a head.