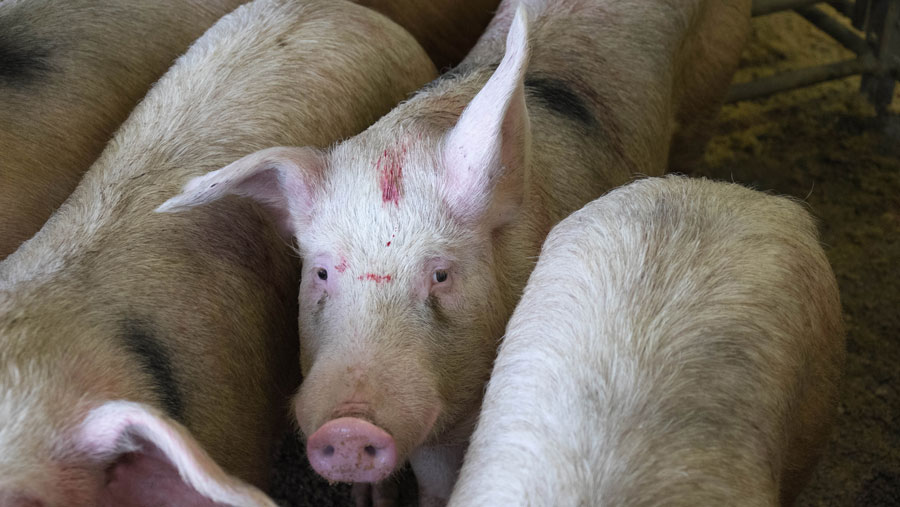 The National Pig Association (NPA) has ramped up calls for government support to help tackle market problems, the labour supply crisis and China’s ban on exports.

According to the NPA, the British pig sector is still struggling after losing a total of £73m in the first quarter of 2021.

Prices dropped to about 140p/kg as the Chinese export market collapsed and post-Brexit trade slumped.

See also: How a written tenancy agreement can give certainty

At the same time, input costs were driven up by feed prices at record levels.

Although prices have risen, the combination of soaring feed and labour costs and China’s ongoing export ban mean tiny margins cannot compensate for the early losses.

The sector is seeing a steady flow of farmers quitting, with 13,000 breeding sows lost so far this year, damaging current and future productivity.

NPA chairman Rob Mutimer highlighted the worsening plight of producers and processors in a letter to two government departments seeking support and intervention.

“We are now facing a sector crisis that threatens the long-term viability of this essential part of our rural economy,” he said.

Mr Mutimer explained how pig farmers lost an average of £26 a pig in the first quarter of this year, and continued to lose money due to record production costs.

“Many more farmers may exit the industry in the coming months as the dire financial situation remains unsustainable,” he wrote.

Mr Mutimer explained how the most recent problem to emerge – a shortage in the labour market – was “becoming desperate across the supply chain and in many other sectors”.

“The combination of Covid-19, furlough, new immigration rules and expansion of jobs in other sectors, such as home delivery, has left us with an acute shortage of workers.

“On farms, this could potentially lead to welfare problems and in supermarkets we may see empty shelves,” he warned.

Processors may reduce slaughter days because of the lack of staff, taking the industry back to the dark days of the coronavirus pandemic with backlogs on farms and no funds to pay the feed bills, Mr Mutimer added.

In a second letter, the NPA urged foreign secretary Dominic Raab to press China to re-list British export plants that remain banned due to Covid-19 outbreaks in the winter.

Losses caused by the export ban amount to about £50m/year, with a knock-on effect on regional employment, the letter stated.

Chinese officials had indicated that only UK government assurances and representation would be enough to reinstate export market licences.

The letter calls on the foreign secretary for help in three areas: